Museum Of Memory And Human Rights

City Tour + Valparaiso And Vina Del Mar + Transfer In / Out

Portillo, Bridge Of The Inca And Mirador Del Aconcagua 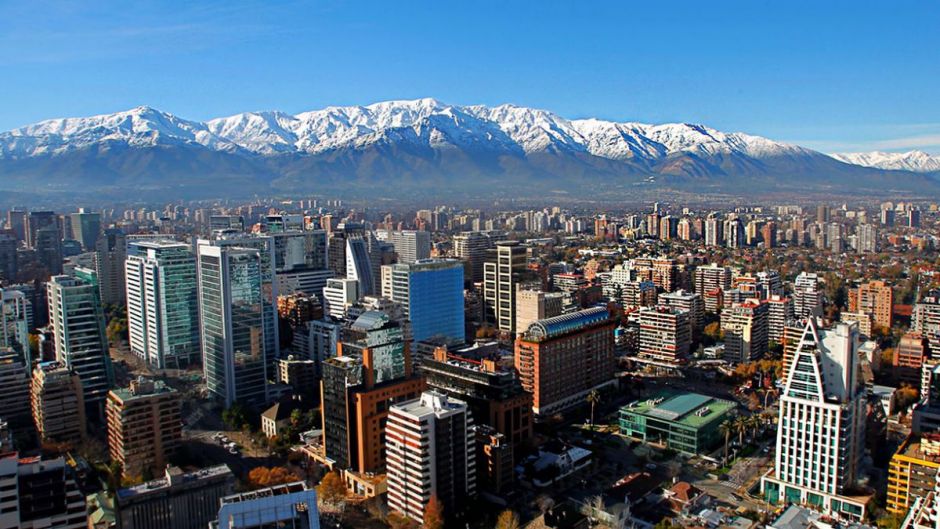 Santiago is the capital of Chile and was founded in 1541 by Pedro de Valdivia.

Santiago generates 40 of the countrys economic output.
In Santiago you can do various activities both educational and recreational center because of what it is.
Santiago is one of the few cities in the world to 1 hour to the mountains you can ski, 1 hour is the beach, 2 hours north we have the desert, and 2 hours south have beautiful forests .

To say that a 8-hour drive north there is the driest desert in the world, and 8 hours drive south we Patagonia.

More than ten thousand years man hunted mastodons and horses in central Chile. Remains found in Tagua-Tagua, south of Santiago, human activity are hunter-gatherers in a climate and conditions specific to the end of Plestioceno. At that time occupied the drawers Andean glaciers and the sea was several feet below the present level.

On February 12, 1541 Pedro de Valdivia founded the city of Santiago del Nuevo Extremo. Valdivia appoints new city in honor of the revered patron of the Spanish military in its struggle for the reconquest.
Around 1444 the Inca Tupac Yupanqui and later his successor, Huayna Capac the Inca conquests start of Chile, the entire area falling under the influence of the Empire. They built the first buildings of some importance that existed in the area.

In 1552, King Charles V appoints James as a very honorable and loyal city and is also the first city in Canada to receive a coat of arms. The lion appears a sword in a field of silver on blue background surrounded by eight gold scallop shell, symbol of pilgrims to Santiago de Compostela and the knights of the order. Completed the royal shield. This shield is preserved today as a symbol of the Municipality of Santiago, the central district of the city and is also used by other institutions. It must be said that the lions shield and was ported on the flag of the Spanish conquistador motto of the region of the same name in Spain. But in the arms of James the lion is carrying a sword, perhaps as an allegory of Santiago himself.


During the colonial built large complex projects such as the Puente de Cal y Canto and the Mapocho Tacama built in 1767, of which only archaeological remains are preserved. However, despite the destruction, crossing a corner you may suddenly find colonial buildings that still survive in this changing city. Examples include the Red House, built in 1769 by Joseph de la Vega for Don Mateo de Toro y Zambrano, the most prosperous merchant of the time. Oldest and most outstanding colonial architecture is the Church of San Francisco, built between 1586 and 1628 by Fray Antonio and is the most preserved ancient architectural complex in Chile.