Museum Of Memory And Human Rights

City Tour + Valparaiso And Vina Del Mar + Transfer In / Out

Portillo, Bridge Of The Inca And Mirador Del Aconcagua

You can know Main Square of Santiago in the following excursions 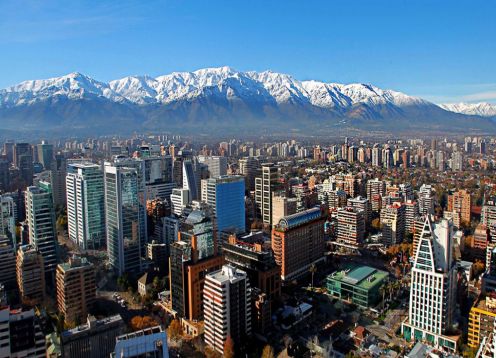 The City Tour Santiago is a classic tour during which we will visit the most symbolic sights of our Chilean Capital. An unforgettable tour for those who yet do not know ... 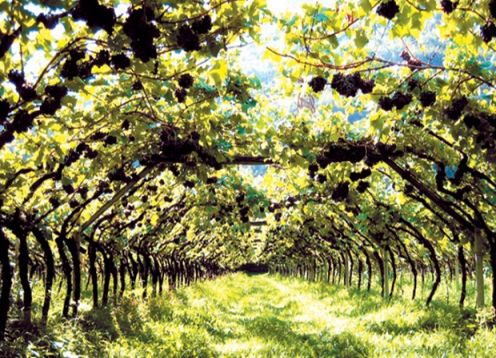 Generallyhas been attributed to the ingenuity of the founder of Santiago the delineation of the plant of the city, and even if it says in one of his famous letters to the emperor, that he drew. But the truth is that this system quadrangle or apples, peculiar to Spanish America from Mexico to Buenos Aires, had been taken well in advance by royal decrees. "And when they make the floor of the place, had ordered Charles V in 1523 the discoverers of the New World divide it up by its squares, streets and plots a string and ruler, starting from the square and removing them from the streets to the door and main roads, and leaving both open bar as you go though the population that is growing rapidly, it can always continue and widen in the same way "

The demarcation of Santiago, such as Lima, which was modeled, must therefore begin with the design of the main square, that is, through the center of the near island chosen by the conqueror between Canada and the Mapocho permanent channel because of that bed, which gradually leveled off over the course of centuries, was found at the time closest to the last.

Historian Perez Garcia, in this as in any copy to others and especially to Olivarez, and his example, Father Guzman, who reproduced only shipments that leave, refer to the original plant of the city was ten streets from east to westward from the western foothills of the Santa Lucia, and eight from north to south between the creek and the river, which seems accurate, because the largest land area and the benefits of irrigation were greater decline or widening of the city as a gentle descent west.

The scientific forefront of Santiago, drawn in 1712 by French engineer Frezier, confirms this assumption, since the eighty apples Valdivia outlined to people, are distributed in ten streets that run in that direction, while the streets of north South barely reach eight, including the call today from Ramadas Emerald, which by their deviousness and your name does not appear to have entered the plant early.

Believed would be the intention of Valdivia to give preference to the abode of the neighboring streets running from south to north, and which are not without some ungrateful contempt crossed are called today, because that would have allowed a more convenient distribution of shadow and light, heat and air, not only inside the rooms, which are suffering a cruel inequality in the hours the sun shines, but the convenience of the public highway, now awash in summer months by a fatiguing glare that has forced the inhabitants to distinguish sharply as two geographical areas, (And not without reasons of hygiene), the houses of the villages opposite the sun and shadow.

But these conditions, only the ignorance of most ordinary rules of public health could disdain, had to be subordinate to a need vital and precious to the place: Such was the admirable distribution of its water for domestic and public uses that each apple through its center in the direction of its natural decline, should soon become the nascent population in an orchard, the step that would provide for a time to come, which now reaches only a hygienic advantage, worthy of being envied, a Once properly established, by the wealthiest capitals of Europe. The irrigation aqueducts that still exist with their original names inland canals were therefore contemporary with the delineation of the city, and yet there is reason to believe that preceded it, it is known that the Indians knew the art of artificial irrigation. It was therefore natural that regasen with the plain water, the fields that stretched to the foot of Huelén, using ditches that are dug today and currents in his lap.