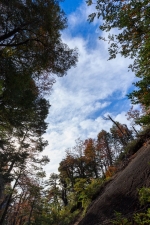 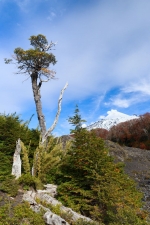 The city of Villarrica founded by Gerónimo de Alderete in the year 1552.
Villarrica has around 50,000 inhabitants and in summer season (January to February) can reach more than 120,000 inhabitants, for that reason it is a tourist pole of the Araucania Region.

Currently it has all the basic and tourist services, being the main service city of the cordilleran area and main tourist center of the region of La Araucanía along with Pucón.

The most accepted theory about the origin of the name of Villarrica, comes from the initial denomination "Santa Maria Magdalena de Villa Rica" with which it is made an allusion to the washings and veins of gold, found in the gorges of the hillocks and forests

In 1552, Gerónimo de Alderete, sent by the Governor of Chile, Don Pedro de Valdivia, departed from La Imperial (now Carahue) to found Villarrica, in the same place where the city stands today. Villarrica was founded along the southern margin of the Toltén River and the western shore of Lake Mallalafquén (currently, Lake Villarrica).
Gerónimo de Alderete named her "Santa María Magdalena de Villa Rica". The objective was to exploit gold laundries and consolidate a winter pass to the pampas and the Atlantic, which at that time belonged to the trans-Andean territory of the General Captaincy of Chile. The foundation of this city, creates a new administrative division in the Chile of that time: the Villarrica Township.