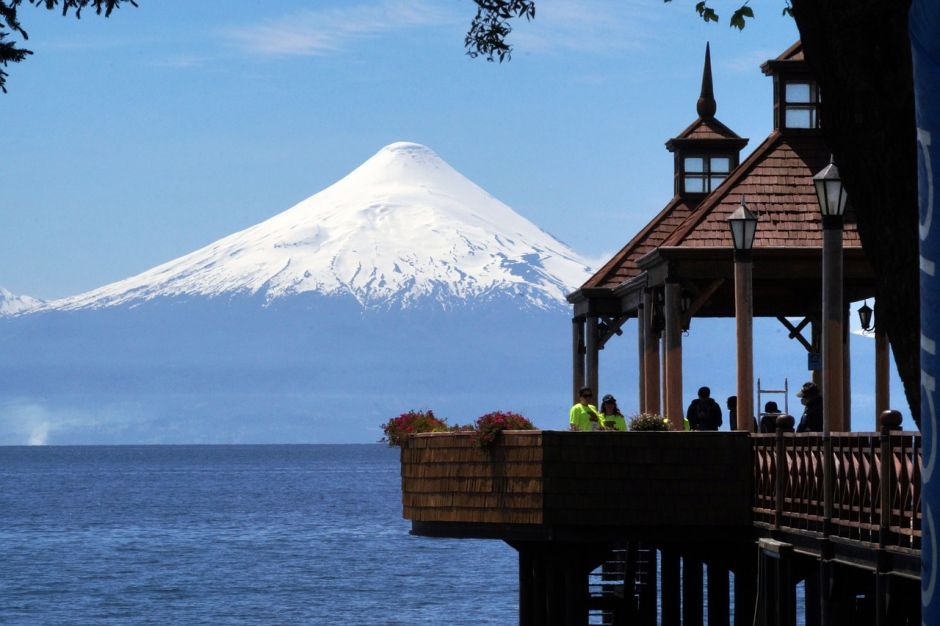 It is located on the shores of Lake Llanquihue in the western sector opposite the Volcano Osorno. It has 15,403 inhabitants. Historically, its importance lies in that it was the city that hosted the first German settlers who arrived in Chile.

It is characterized by buildings of German reminiscence, beautiful scenery, lakeside beaches and colorful gardens that provide a very special seal.

Founded on 23 November 1856 by German settlers arrived in the area during the administration of President Manuel Montt on the shores of Lake Llanquihue. The settlers built their homes in the surrounding hills, because of the swampy land near the lake, and entirely devoted to farming and agribusiness, as the operation of dairy farms, mills, distilleries, tanneries and some stores dedicated to the sale of food and implements. As a result of the colonization process then incorporated into the nascent German village typical customs and traditions that people brought from their homelands. Because the town was forced passage between Puerto Montt and Osorno had a rapid development, promoting the formation of trade and agribusiness.

Soon they began to occupy the farms measurable Jose Decher, the first families of German settlers, among whom were Kaschel Wilhelm, Heinrich Kuschel, Theodor Niklitschel, Christian Nannig, Christian Winckler, Adams Schmidt, among others.

These early German settlers built their homes on the banks of the nearby hills because of the marshy ground surrounding the lake Llanquihue. The settlers were devoted entirely to agriculture and agribusiness, as the operation of dairy farms, mills, distilleries, tanneries and some stores devoted to the sale of food and implements.