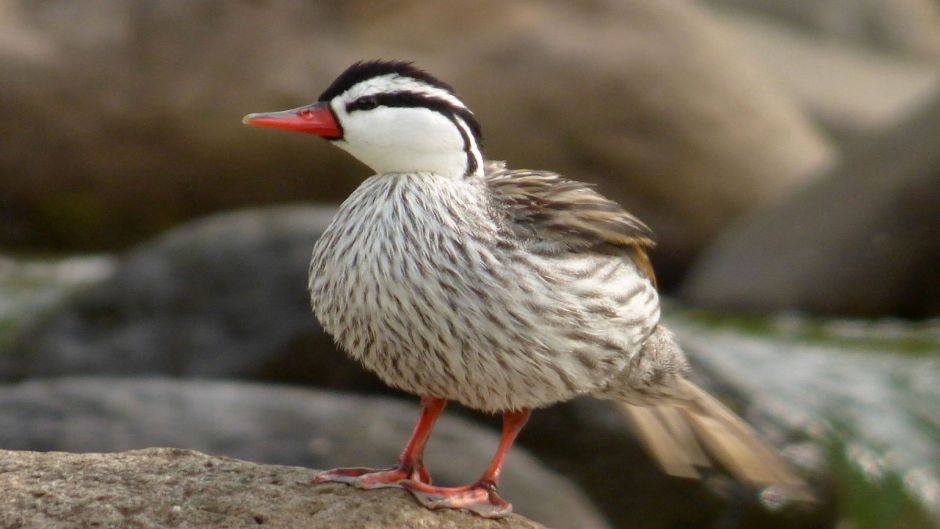 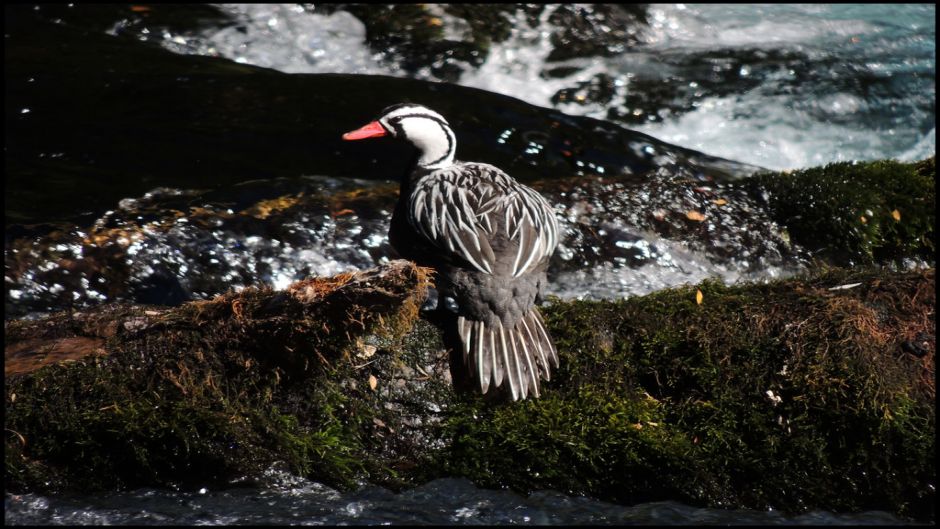 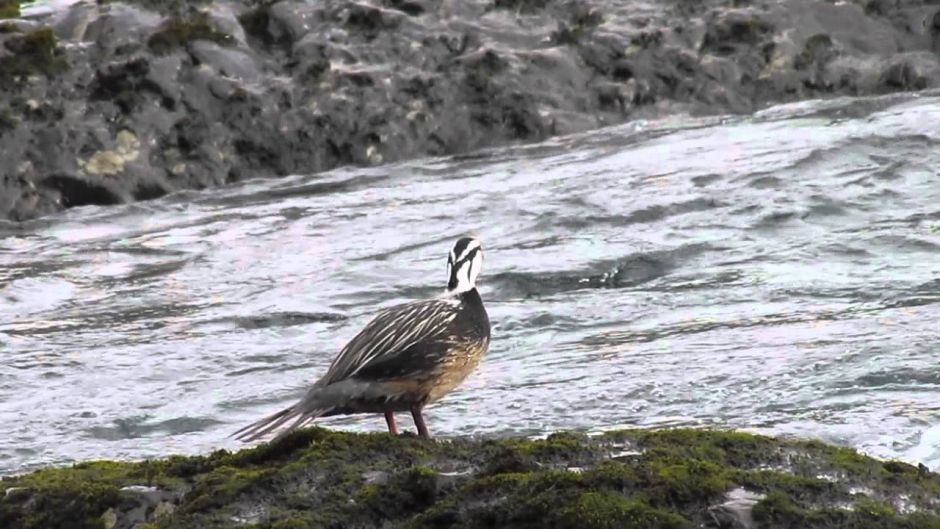 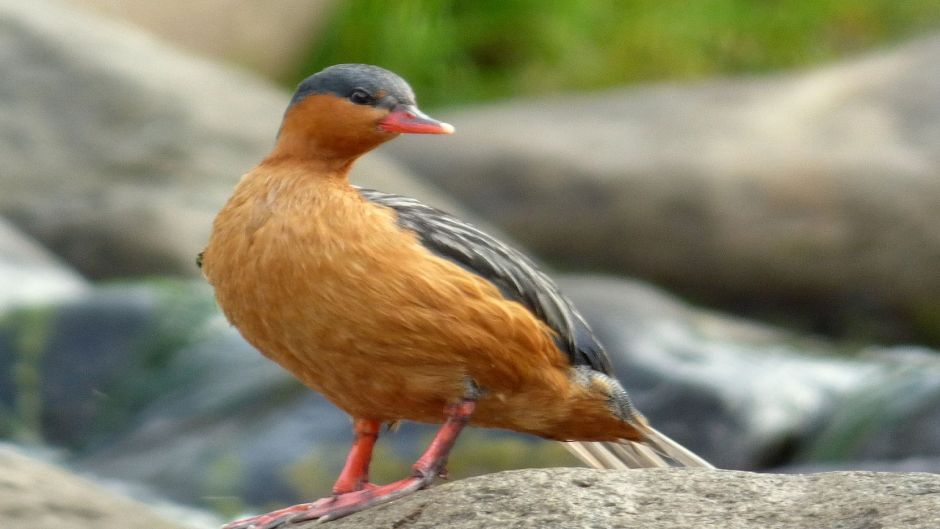 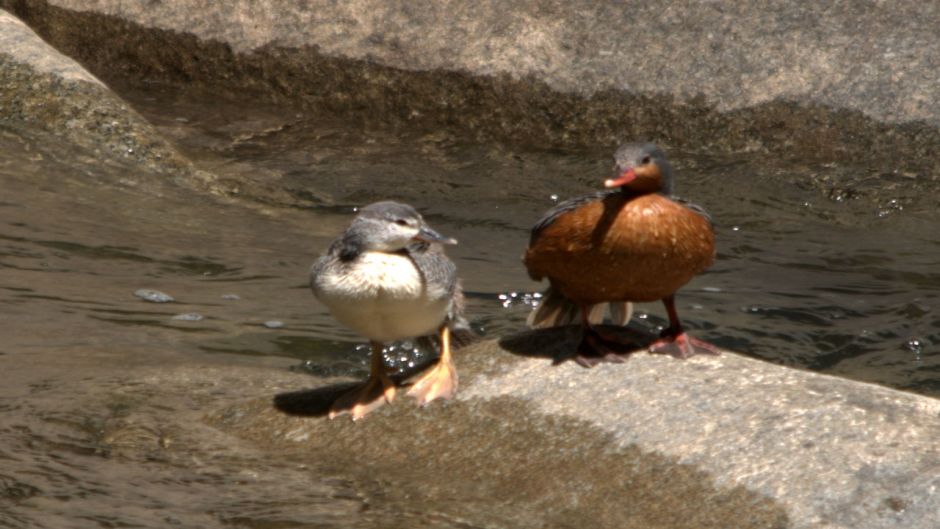 This species, whose scientific name is Merganetta armata armata is in Chile in the mountainous areas of the Andes from Atacama to Tierra del Fuego, and their habitats are rushing rivers, rocks and pools.

It can reach up to 43 centimeters long.

The male differs from the female because it has the head and neck white, with a black line in the central area from the forehead to the nape.

It also has a dark line from the eye to the back and lower neck. It also has black color under the eyes, cheeks, throat and neck. The sides and upper chest are also black and the lower chest is brown with black stripes.

The abdomen is brown with black stripes. Its back is white with black longitudinal stripes.

Shortly addict flight and somewhat scarce, it can be found swimming upstream or resting on a rock. Because of its shape, colors and customs impossible to confuse with other species. It feeds on plants, small fish, larvae, worms and crustaceans in the water.

It nests in caves, crags or burrows of other species, putting four or five eggs shell smooth and semi-opaque, and dimensions of 64 mm. x 42 mm. Hatchlings are nidífugas.