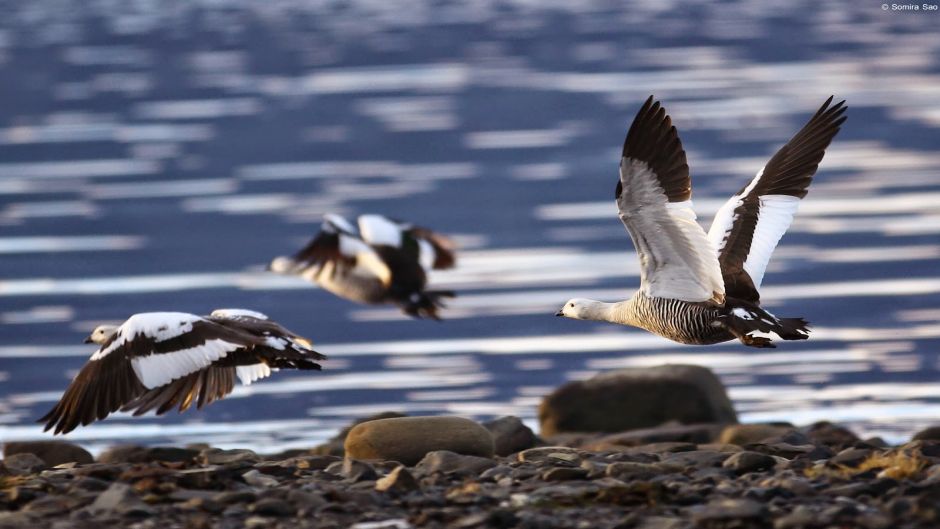 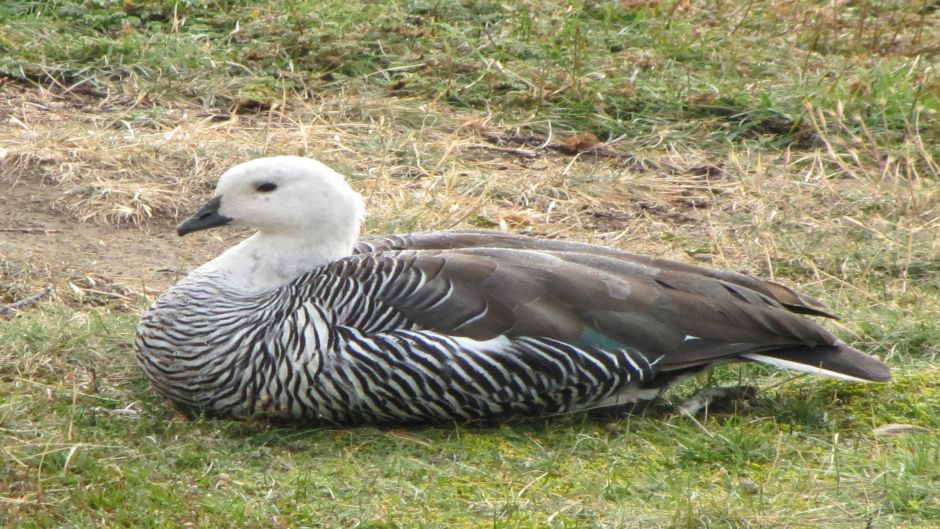 Distribution in Chile: from Colchagua to Tierra del Fuego

In white phase, white head, neck and chest, so there are also intermediate stages in which the chest is partially stained with black.

Female: 60 cms. Head and neck red brick. Back and rufous chest with black bars. Abdominal and white lower flanks with thick black bars. Loin and black supracaudals. Wings equal to the male. Black beak Yellow legs The female of this species can be confused with the red-breasted curassow (Chloëphaga rubidiceps), since its colorations are very similar.

The caiquén is the most abundant of the geese in the area of ??Magallanes and Aysén; but more to the north its number decreases, being generally until Colchagua like visitor of winter, although isolated pairs can remain during the time of nesting.
In its southern zone, it nests in low areas as well as in plateaus and hills, taking advantage of any hole or depression near lagoons, rivers or estuaries and that it considers fit to cover it with its own soft feathers of the chest, forming a very warm nest. The position is generally 5 to 7 eggs, with approximate dimensions of 75 mm. x 50 mm., and it begins in November looking at geese between December and February, many of which fall victim to predatory birds such as the Dominican Gull (Larus dominicanus) or the Chilean Skipper (Catharacta chilensis).