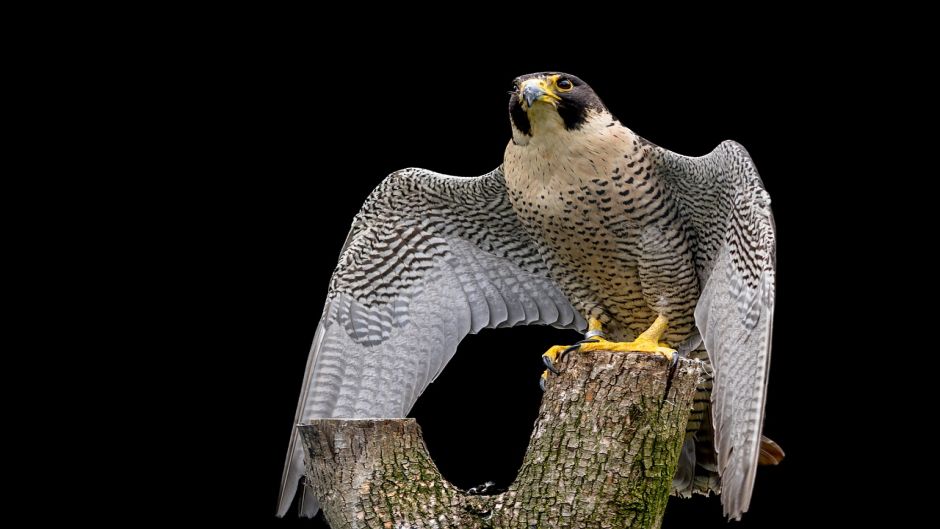 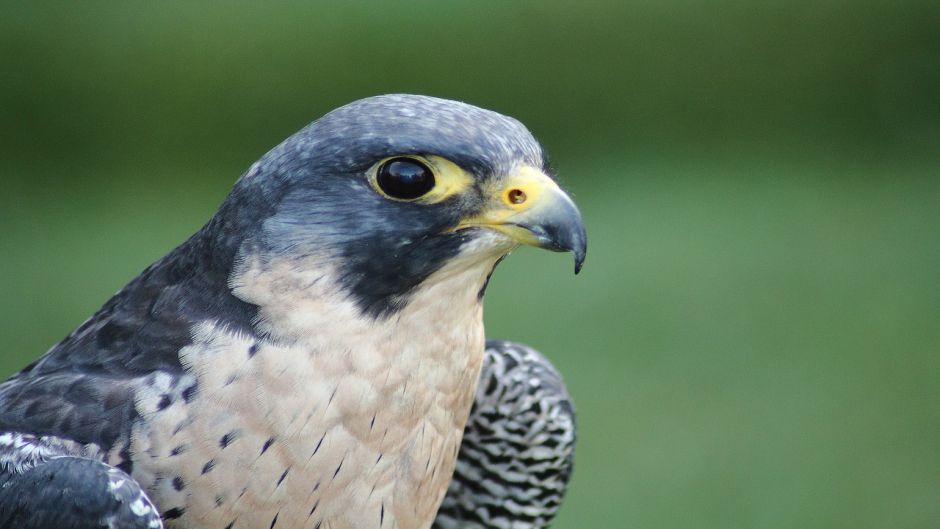 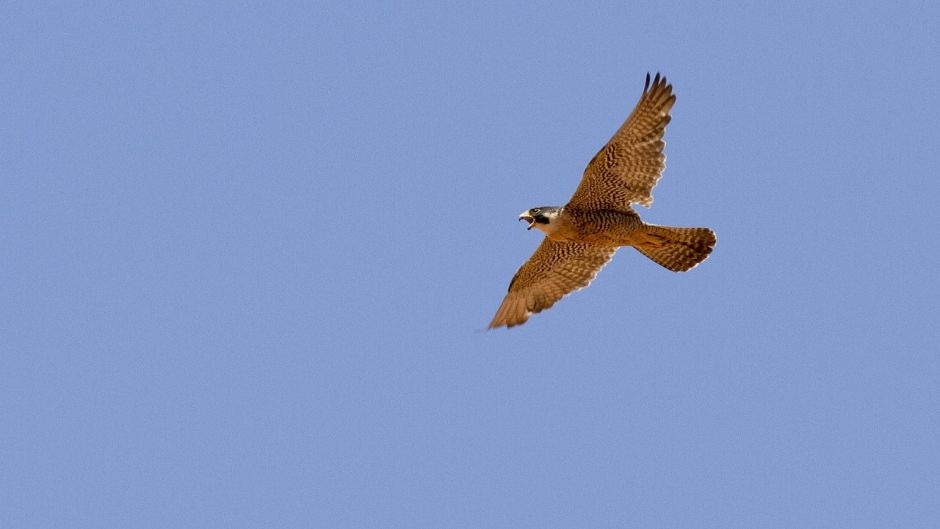 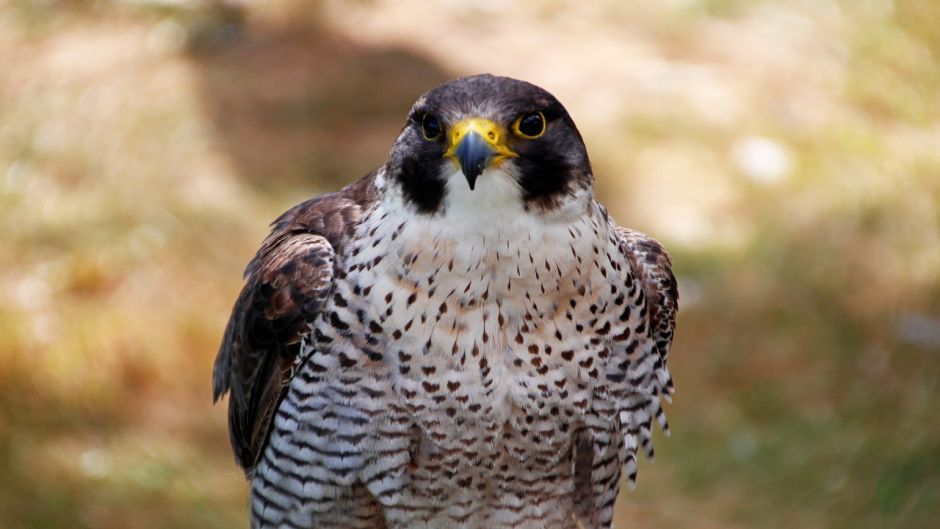 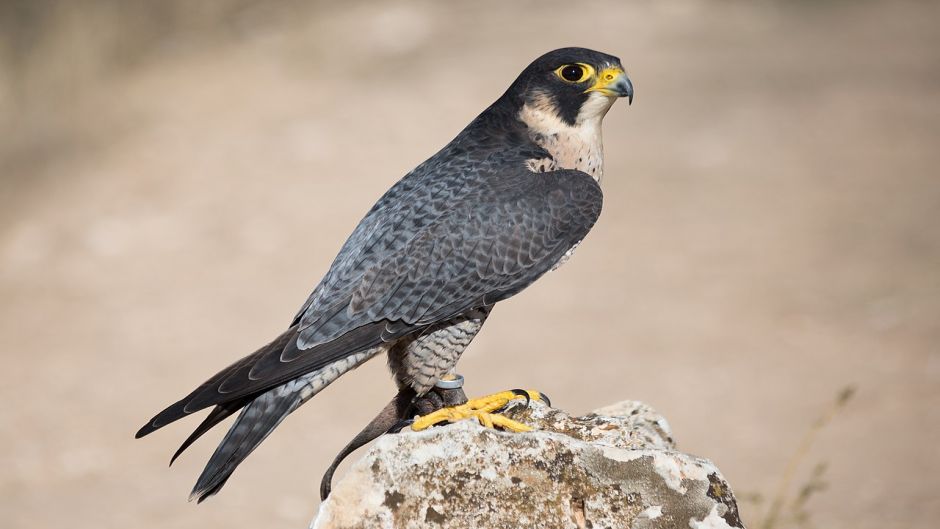 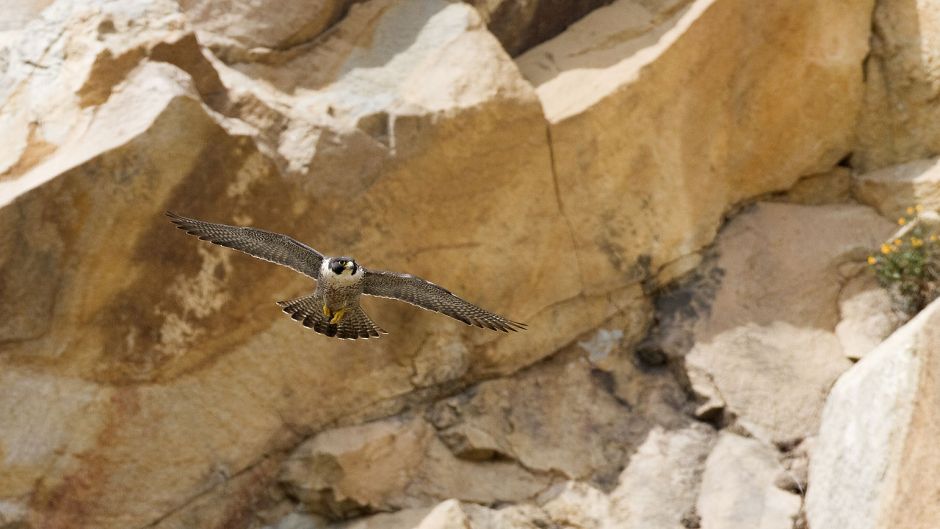 Habitat: Prefers shrub areas open to forests. More abundant towards the south-austral zone. In the far north, in the valleys and coastal area.

The Southern Peregrine Falcon (F. p.cassini) is a resident bird in the whole territory, living from Arica to Tierra del Fuego, and from the coastal zone up to 3,000 meters above sea level, more abundant in the south-austral zone of the country, it is seen, although in a much scarcer form, towards the center and even to the extreme north, where it is also nesting. According to a commentary by Christian Gonzalez B., an expert in hawks, he has found active nests of this bird both in the valleys and in the coastal area south of Arica; and has even been found reproducing further north to Ecuador.

It can be seen perched on trees, poles and on some cliff in the Cordillera area. Its flight is calm and leisurely, with a very characteristic silhouette of long, pointed wings and somewhat short tail, constantly monitoring the ground in search of its food consisting of medium-sized, smaller and aquatic birds. However, when seeing a prey, it changes to a very fast flutter, diving in against it and reaching a formidable attack speed. Speeds have been measured above 300 km / h, making it the fastest bird in the world.

To nest, choose cliffs or cliffs that are difficult to access, but that give you a good panoramic view that dominates the surroundings; although it is possible to find it also nesting in cities, in some outpost of tall buildings. Place 3 to 4 light brown eggs with reddish spots.