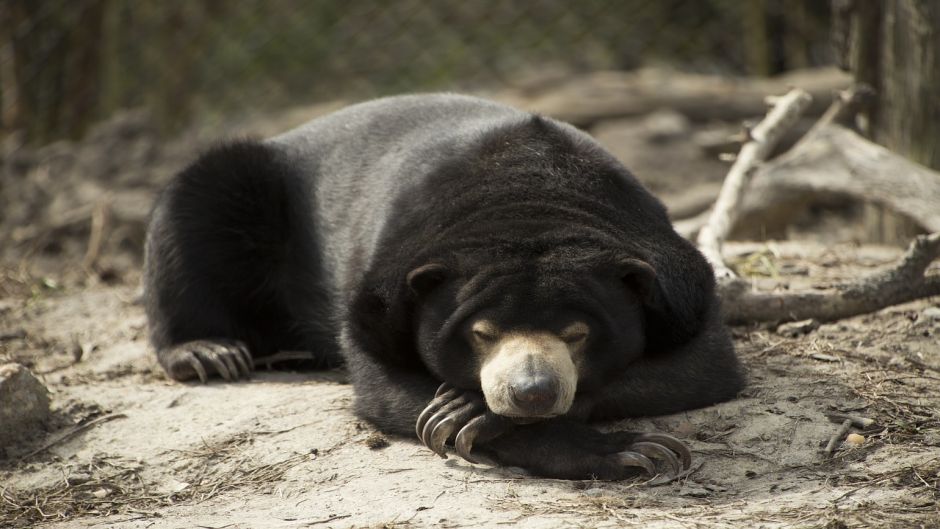 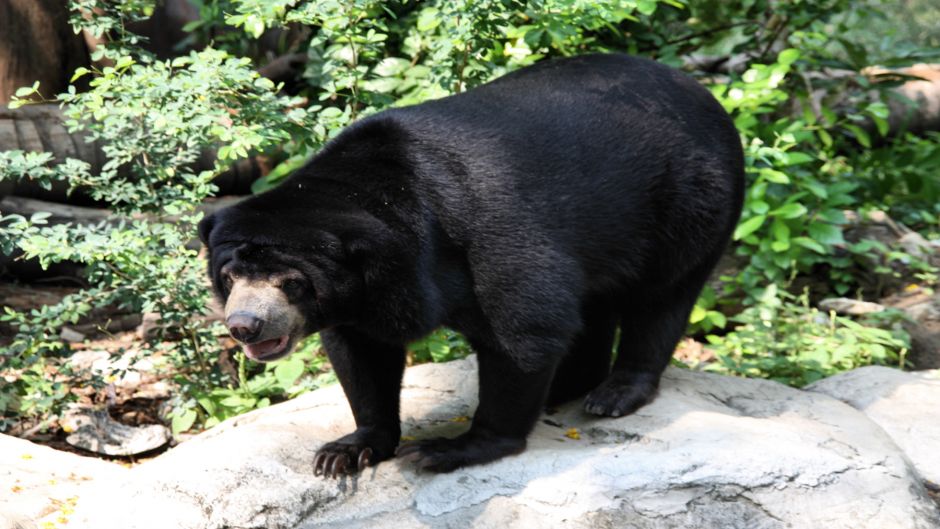 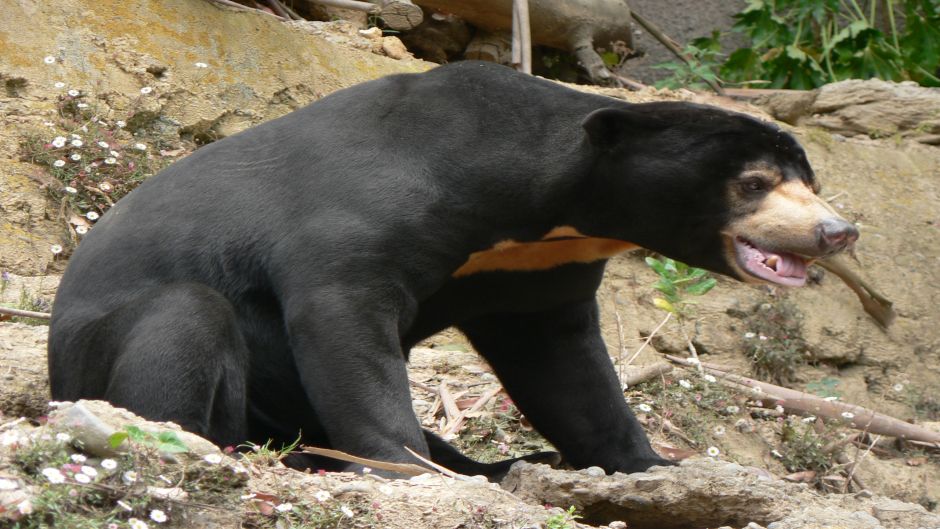 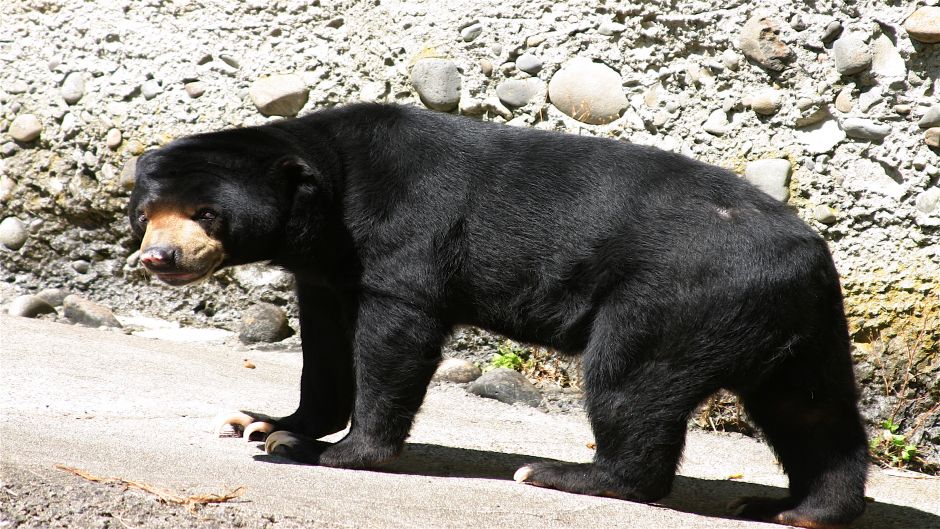 The Malayo Bear is the smallest bear species in the world with 70 cms. On the shoulders; from 1.2 to 1.5 meters. Long and between 27 and 65 kgs. Of weight. It has the long tongue that can be used to capture insects such as ants or termites.
Despite its robustness is an active animal, agile and good tree climber.
The feeding, which takes place during the night, is completed with the ingestion of insects, lizards, small birds and mammals, palm leaves, honey and seeds. Occasionally it breaks into the plantations of coconuts, bananas and cocoa, where it can generate serious damage.

This species of bear loves the warmer climates. They are found in rainforest areas where temperatures are 78 to 82 degrees Fahrenheit throughout the year. These areas have great annual rainfall as well.