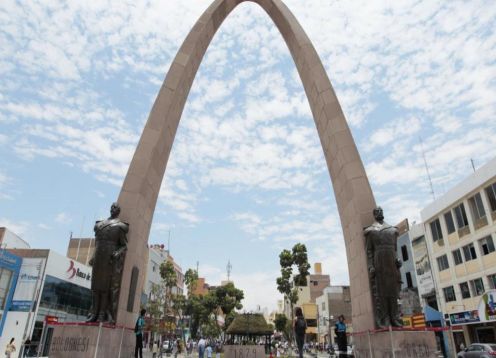 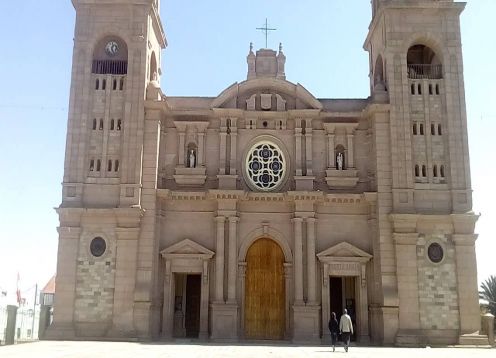 fund represented by the Mother Church or Cathedral of Tacna, declared Historical Monument by supreme resolution of October 26, 1978.

It is a cathedral that began to be built in 1875 but it was not until 1954 when they finished their works for different problems and today presents a Neo-Renaissance style. Right in this place was a temple previously, a work that was commissioned by the architect N. Miney and basically used quarry stone and it was Carlos Petot who followed the architects design.

Economic problems and lack of materials led to this work was delayed in time, in addition to the War of the Pacific in 1879. After the invasion of Chile the city was released and just could finish the towers. The last part of the work was made with different dishes and the architect Luis F. Goycochea B made a series of changes.

In addition to the cathedral, it is important to note that it has an underground crypt and the interior highlights the simplicity of the decoration, with a beautiful altar with different religious figures such as the Virgin Mary.

Tourists can enjoy the interior of the cathedral from Monday to Sunday from 7 a.m. to 12:30 a.m., and from 3 to 7 p.m., it is interesting to take advantage of the occasion to also attend mass times.