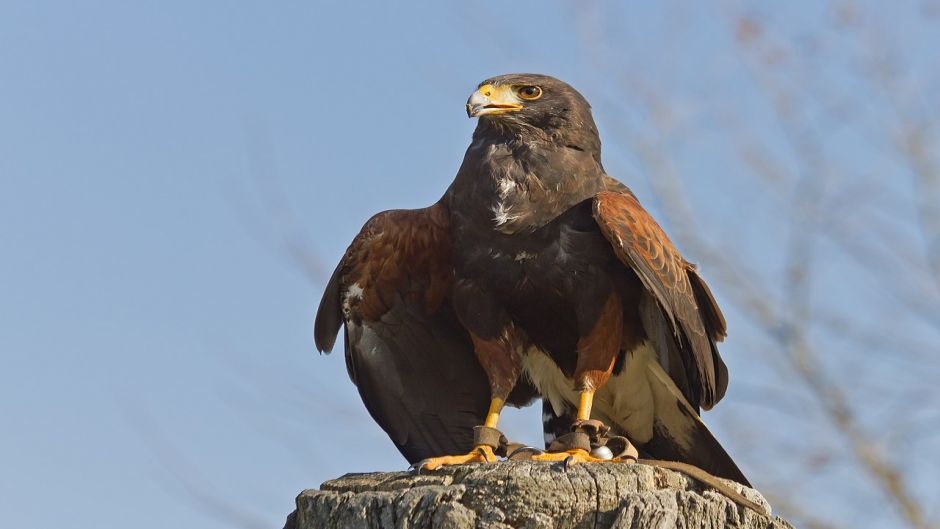 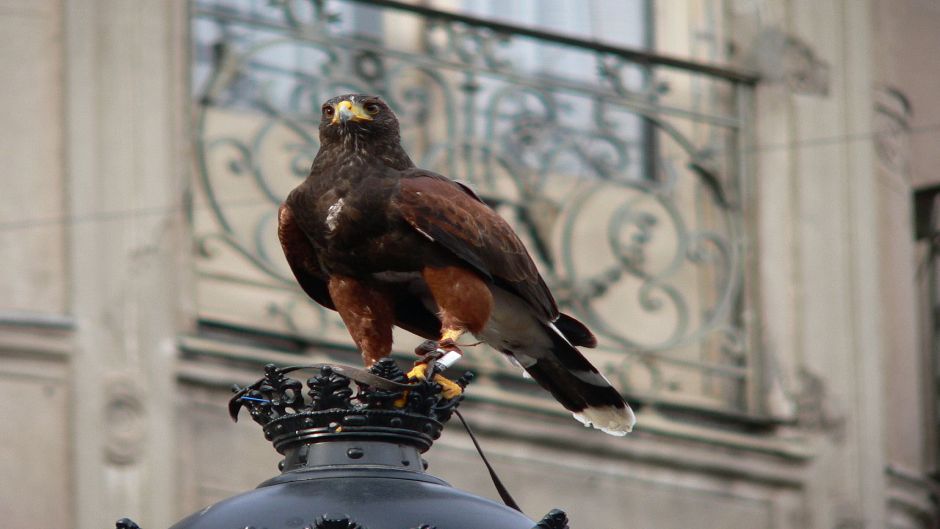 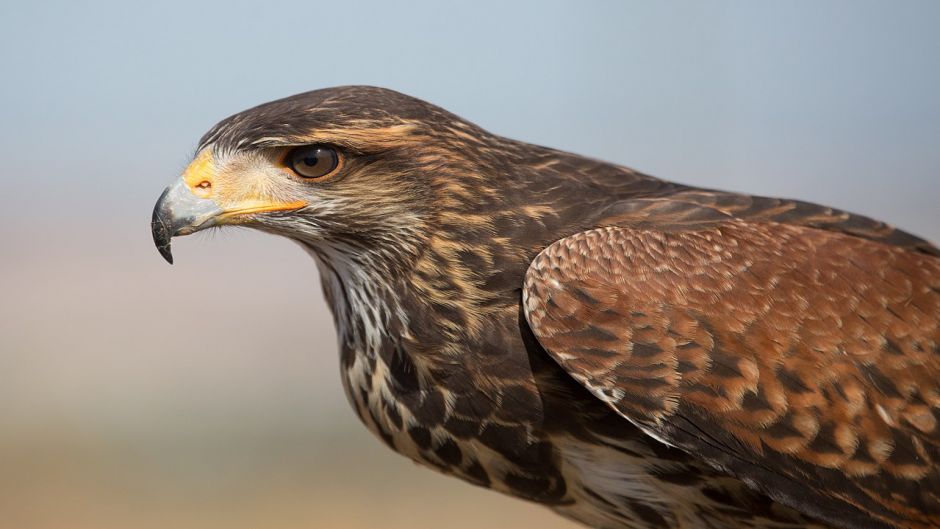 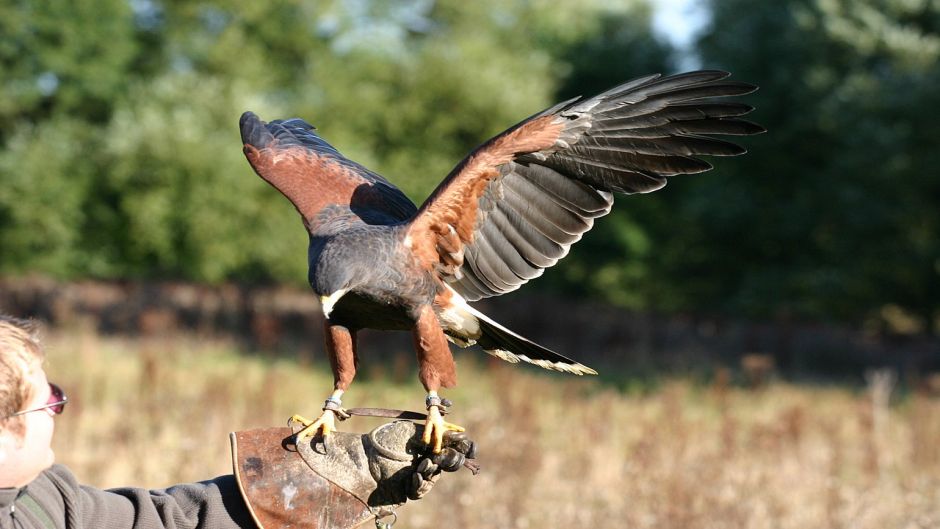 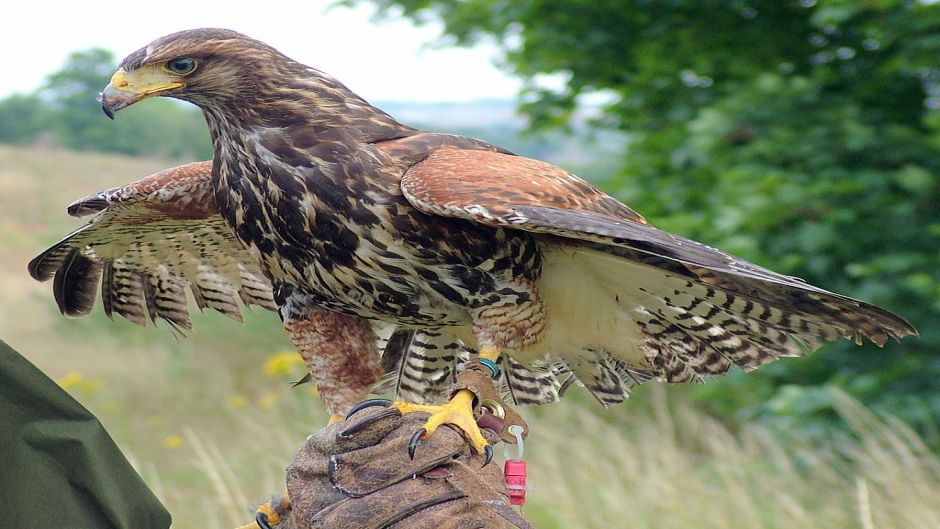 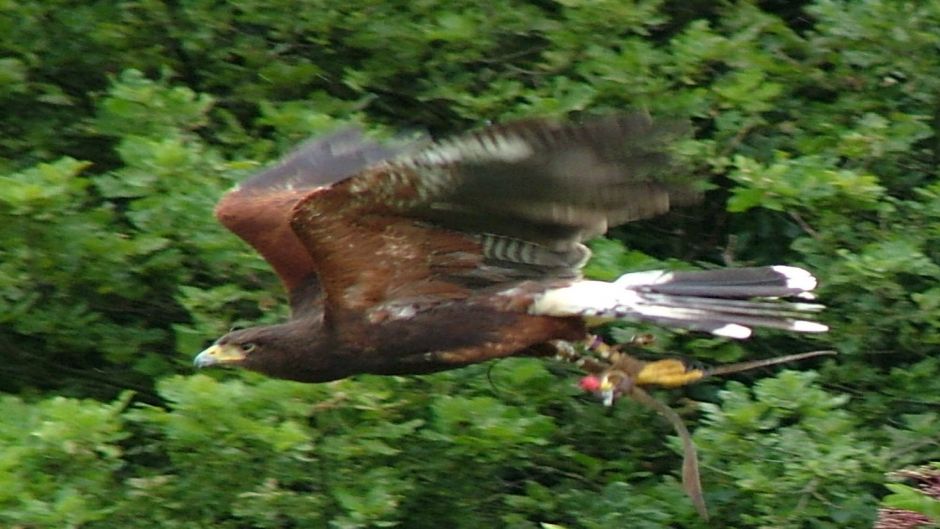 It is a medium-sized bird that lives from the southwest US. UU., Throughout Peru, Bolivia, Uruguay and to southern Chile and Argentina. It is the only member of the genus Parabuteo, which literally means similar to Buteo, while Hawk means a single tape, the white terminal band tail.

key Features
Harris eagle is a raptor of medium size, about 50 cm long with a wingspan of 1.2 m. Their average weight is 900 g. It presents a sexual dimorphism in size, being larger than males. Its plumage is dark brown with reddish brown on the top and bottom of the wings and legs. Caracterísitca has a white stripe down the tail.