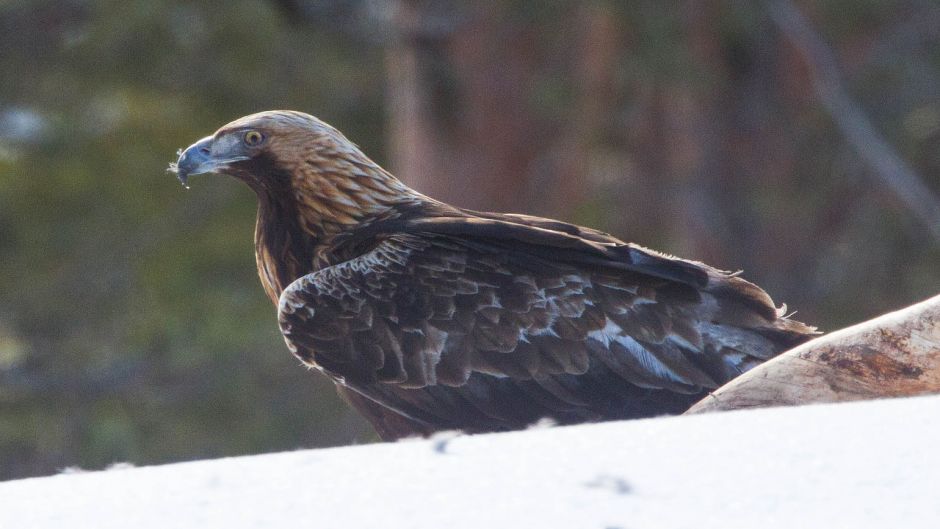 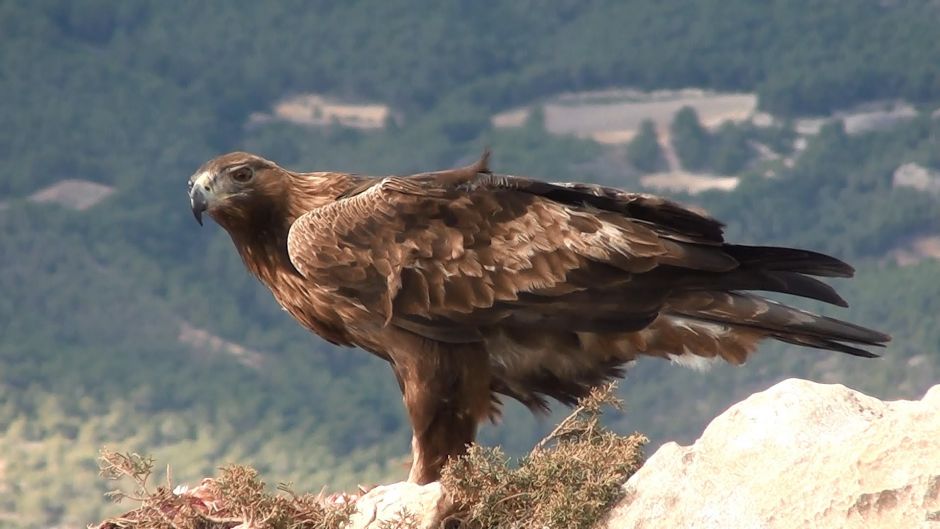 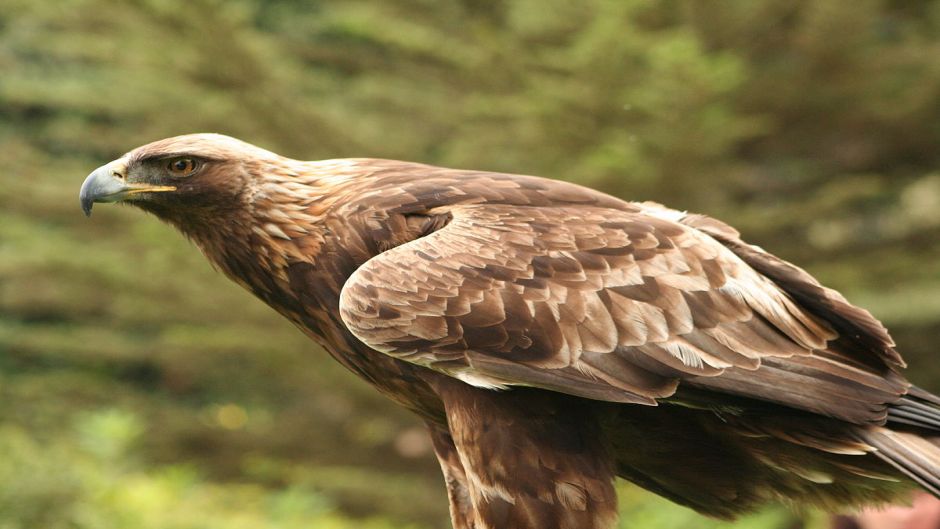 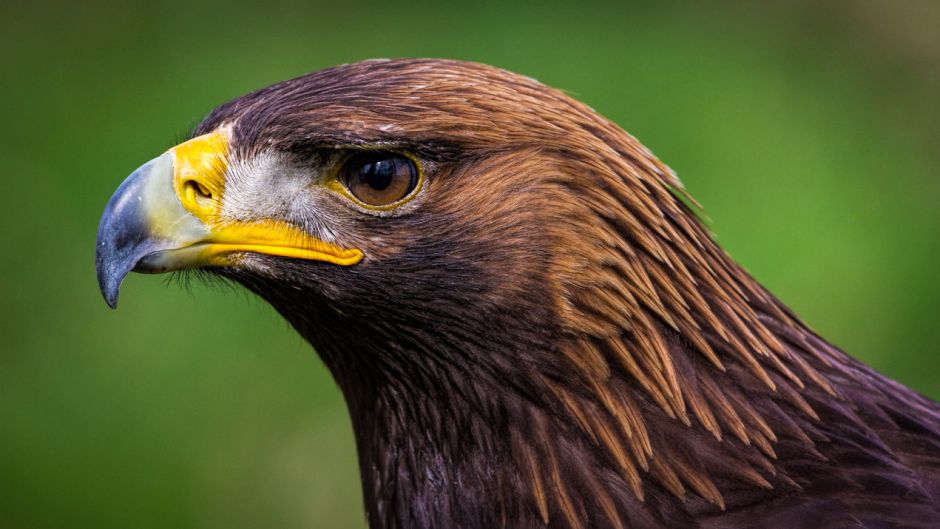 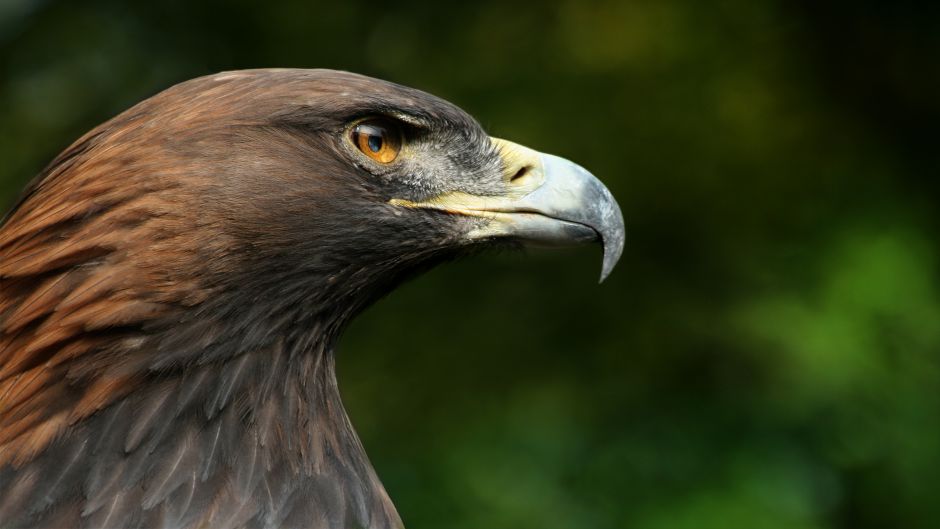 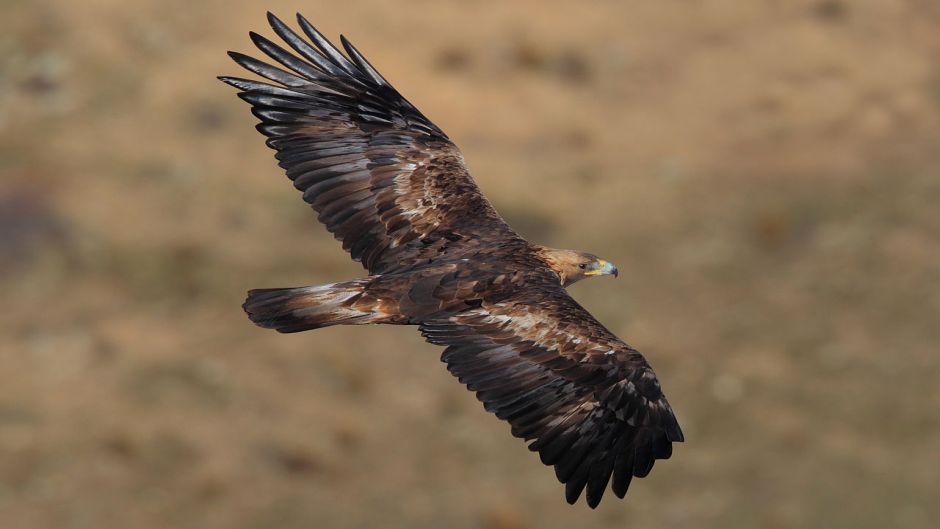 As in most birds of prey, the females are larger than the males, being able to reach the meter in length from the beak to the tail and the 2.3 meters of wingspan, and a weight of between 4 and 6 , 75 kg, while the male, of a smaller size, reaches between 1.8 and 2 meters in wingspan and weighs between 2.9 and 4.5 kg.

The golden eagle is one of the most used birds in falconry, especially in Central Asia, where it is even used to hunt antelopes.