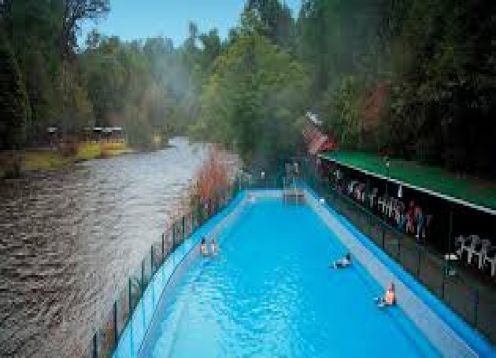 Puyehue originally called Villa de Entre Lagos, is a commune of Chile located in the Province of Osorno in the Los Lagos Region.
The commune of Puyehue is located in the northeast area of the Province of Osorno and the Los Lagos region. The main urban center of the commune is the village of Entre Lagos located approximately 46 kilometers west, which is reached by the international route 215.

The name Puyehue comes from the Mapudungún "Puye", which is a type of fluvial fish (Galaxias maculatus) that lives in the Puyehue lake and the Pilmaiquén river, and "we", which means place. Therefore, Puyehue means "Place of puyes".

According to the 2012 census, there were 10,979 inhabitants in the commune, of whom 4988 were in urbanized areas and 5,991 in rural areas. Its main urban center and capital is Entre Lagos, formerly it was a lumber loading station where the railroad arrived to pick up the productions of the area.