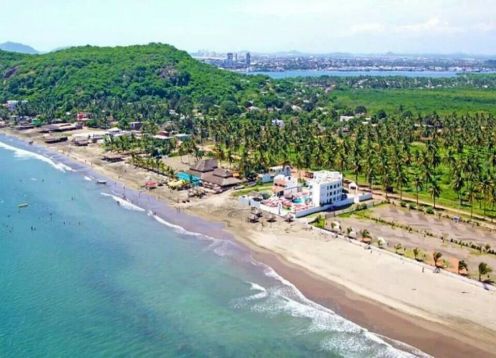 Mazatlan Sightseeing and Beach All Inclusive

Round transfer airport to hotel in Mazatlán

Mazatlan is a city in northwestern Mexico.
Currently this port is one of the most important beach tourist destinations in Mexico. It is located 21 kilometers south of the Tropic of Cancer and borders to the north with the municipality of San Ignacio and to the west with the Pacific Ocean coast.

The climate regime of the municipality of Mazatlan is a tropical semi-humid dry-rainy type, with a slightly marked dry season, with an average annual temperature of 26 ° C.

Tourism and fishing are the main industries of Mazatlan. The city houses the main beach resorts and has the second largest fishing fleet in Mexico. Most of the seafood products processed in the city are shrimp and tuna.

The area that occupies the current port of Mazatlan and its municipality was inhabited by populations of regular importance, at least, from 250 A.D. At the end of the pre-Hispanic era, its territory served as a border site between different cultural groups such as the totorames, xiximes and tepehuanes, who gave it the name that transcends to this day.