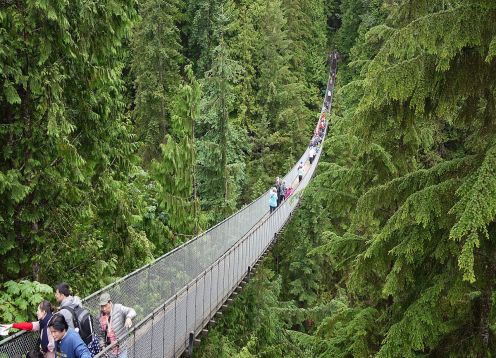 Whistler Tour with Small-Group from Vancouver

Highlights of the Sea to Sky Highway

Vancouver is a cosmopolitan city nestled in nature itself, which makes it easy to combine outdoor adventures and urban activities.

Vancouver is a city on the Pacific coast of Canada, located in the southwest of the province of British Columbia, between the Strait of Georgia and the Coastal Mountains. The city was named in honor of Captain George Vancouver, an English explorer.

There are archaeological remains that indicate the presence of aboriginal populations in the area of present-day Vancouver for at least 3000 years. The remains of several settlements around Vancouver show the existence of collectors with a complex social system.