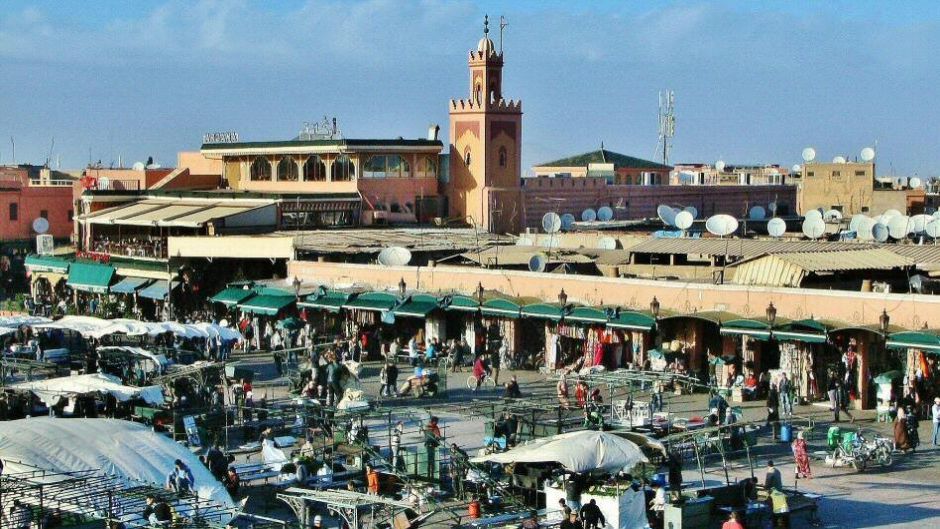 Marrakech or city of Morocco is one of the most important cities in Morocco.

Like the cities of Fez, Rabat and Meknes, Marrakech has the privilege of being a majzen city, that is, imperial, and the successive dynasties that have populated it have enriched it.

The origins of the city are obscure, but it is commonly accepted that it began as a military camp established by Abu Bekr, a great Almoravid chief, in 1070. His cousin and successor, Yusef Ben Tachfin is the one who begins the task of converting the primitive oasis into a capital worthy of its empire, which extended from the Atlantic to Algeria and from the Sahara to the Ebro. The Almohad conquest almost disappeared the first constructions, which were replaced by others, many of which we can still admire today.