Population of MARRUECOS Morocco is a country in North Africa bordering the Atlantic Ocean and the Mediterranean Sea, distinguished by Berber, Arab and European cultural influences.

The full name of the country in Arabic can be translated as The Western Kingdom. Al-Magrib, which means the West, is commonly used.
The term Morocco in other languages comes from the name of the old imperial capital Marrakech, from the Berber expression meaning "Land of God".

Economy ofMARRUECOS Morocco has a fairly stable economy with continuous growth over the last half century. GDP per capita grew 47 in the 1960s, reaching a maximum growth of 274 in the seventies. However, this proved unsustainable and growth dropped drastically to only 8.2 in the 1980s and 8.9 in the 1990s. 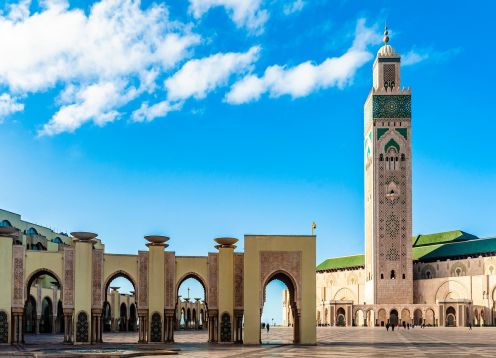 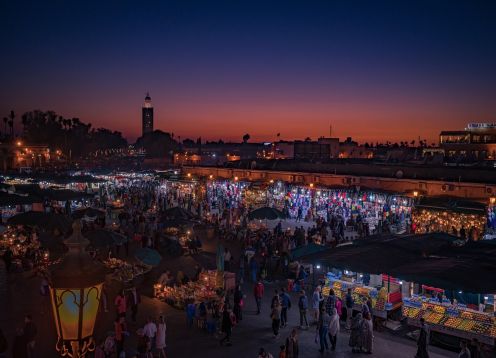 History of MARRUECOS The current territory of Morocco has been populated since prehistoric times, at least since the year 8000 a. C. making it the oldest place where a skull of Homo sapiens was found according to the publication of the journal Nature in June of 2017.

North Africa and Morocco and Fez were slowly drawn into the Mediterranean world by exchange colonies and Phoenician settlements in the classical period. The arrival of the Phoenicians announced a long dominance in the Mediterranean, although this strategic region was part of the Roman Empire, known as Mauritania Tingitana. In the fifth century, when the Roman Empire fell, the region fell under the rule of Vandals, Visigoths and, later, under the Byzantine Empire in rapid succession. However, during this time, the territories of the high mountains remained under the control of the Berber inhabitants.