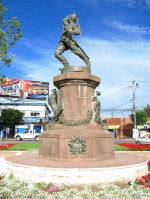 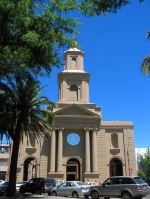 Curico is the provincial capital with a population of 115.00 inhabitants.

Curico today is communications center, supply and trading of agro neighbors, what is revealed in its attractive and thriving commercial center.


For the Surroundings of Curico there are several alternatives of a different nature, rafting, fishing, adventure sports, etc.

Despite that Curico expancion is a city in constant growth and this does not lose its culture and traditions.


The original site of the foundation is Curico Old convent in the town of TutuquÃ©n, and later moved to its present location, along the Cerro Buena Vista, Carlos Condell today (about 5 kilometers to the north) by the original soil moisture.


At 200 meters above sea level, is the provincial capital with a population estimated at communal 104,113 inhabitants (over 70 located in the city itself) spread over 1328.8 km Â², representing 18.2 of the territory