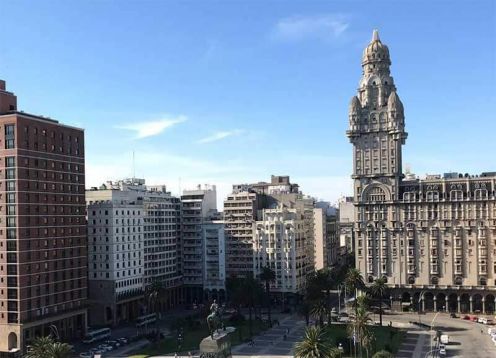 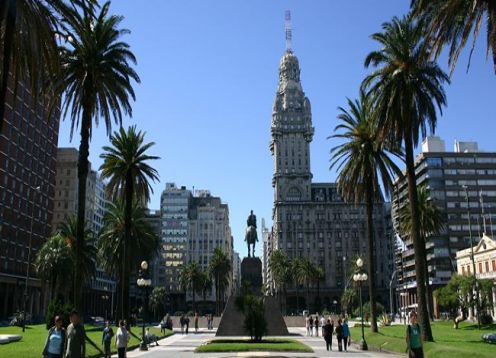 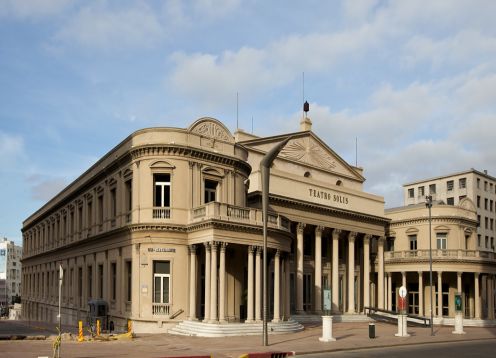 Day Trip to Colonia from Montevideo

Plaza Independencia is the main square of Montevideo, which is located at the end of Avenida 18 de Julio.

It is one of the icons of the capital. Its creation dates back to the 19th century, when it was decided to demolish the wall that surrounded Montevideo to expand the city.

It was originally designed by architect Carlo Zucchi in 1837, when it was decided to expand the city, as part of a joint computer plan. The work was inspired by his teachers Percier and Fontaine, the Parisian Rue de Rivoli. While this project, in short, was modified in 1860 by Bernardo Poncini.

Between 1896 and 1906, the statue of Joaquín Suárez stood at its center, which is currently located in the Plaza de Av. Agraciada corner Suárez; It was moved to its current location by decision of President José Batlle y Ordóñez.

At present, the Artigas Monument occupies the center of the square, whose construction was approved in 1882 during the government of Máximo Santos. The fundamental stone was laid on August 25, 1884, however, the monument took time to materialize. Juan Zorrilla de San Martín outlined the general guidelines in "The Epic of Artigas"; In 1913 a commission declares winners of the project contest to the Italian Angelo Zanelli (1879-1942) and to the Uruguayan Juan Manuel Ferrari (this was eventually discarded). Finally, the monument was inaugurated on February 28, 1923 at the end of the presidential term of Baltasar Brum.