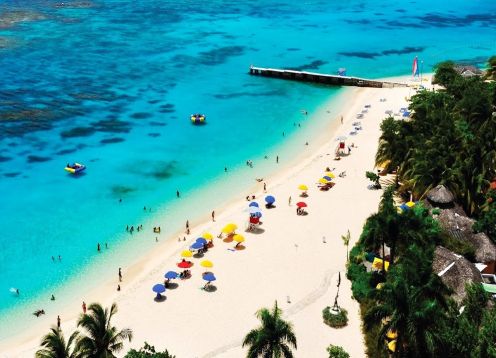 ATV Adventure with Lunch, Swimming, and a Ganja Field Visit

In Doctor's Cave Beach and Bathing Club, the white sands mark clear and calm waters that some believe are fed by mineral springs. In the early 1920s, a famous British osteopath declared that water had healing powers after swimming here, a statement that helped shape the future of Montego Bay by attracting visitors from around the world. The hotels emerged along the beach, and the area became a tourist spot.

Today, the beach is as popular as ever and is often full of cruise passengers, despite the admission charge. This is also a popular place for snorkeling in Montego Bay. Beach amenities include changing rooms, restaurants and gift shops, and beach equipment can also be rented.