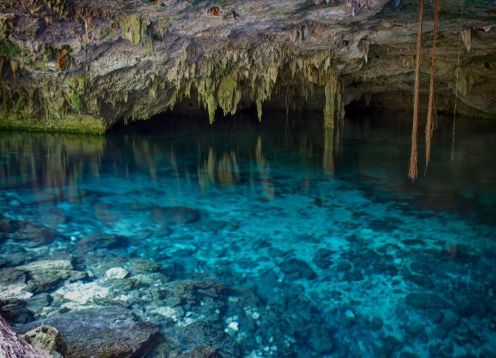 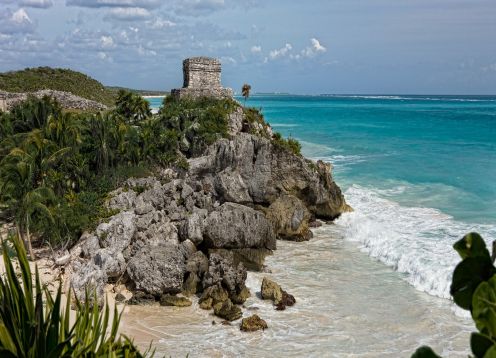 A half-day catamaran tour with lunch and open bar

You can know Cenote Dos Ojos in the following excursions 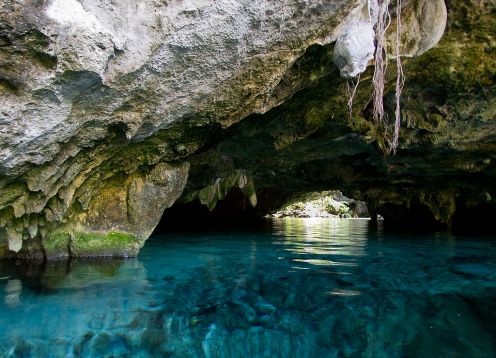 On this tour you will learn more about the Mayan civilization and its culture, explore the ancient Mayan city of Tulum and visit the most important sites, such as the Tem ...
from US$ 51

The Cenote Dos Ojos, is a system of subterranean caves located north of Tulum, Mexico.

The main caves of Cenote Park are the One Eye and the Two Eye. It is two huge circular twin holes in the ground (seen from satellite it looks two eyes). It is made up of a set of underwater caves and caves, considered the largest in the world. It is recommended only for experienced divers. They can snorkel at the entrance of the spring.

The exploration of Dos Ojos began in 1987 and still continues. The studied extension of the cave system is 82 kilometers (51 miles) and there are 28 known sink intakes, which locally are called cenotes. In January 2018, a connection was found between Sistema Dos Ojos and Sistema Sac Actun. The smaller Two Eyes became part of Sac Actun, making the Sac Actun System the longest underwater cave system known in the world.

Training:
It is actually formed by two circular cenotes close to each other and joined by caves not too deep and which are easily accessible by diving. The immersion in their caves is spectacular and some parts of the caves can be visited simply by diving with snorkel, which will allow us to see its fabulous system of stalactites and stalagmites. Two eyes belong to a system of underground rivers of at least 57 kilometers long and up to 24 meters deep. It is the third longest underground river in the world. One of the caverns connects this cenote with that of Dos Palmas.