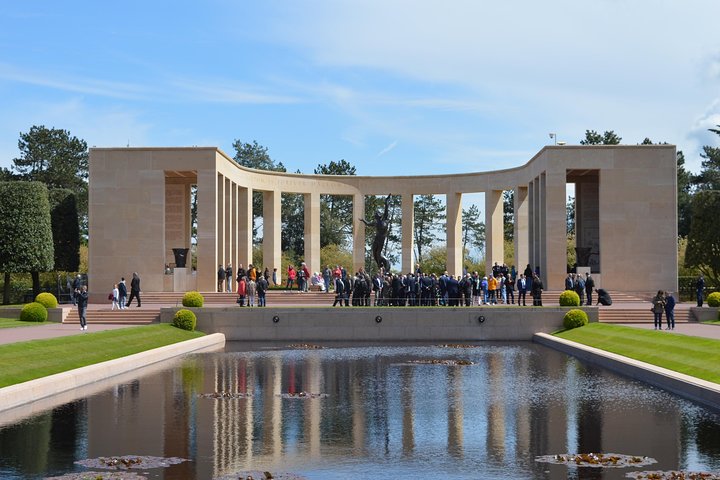 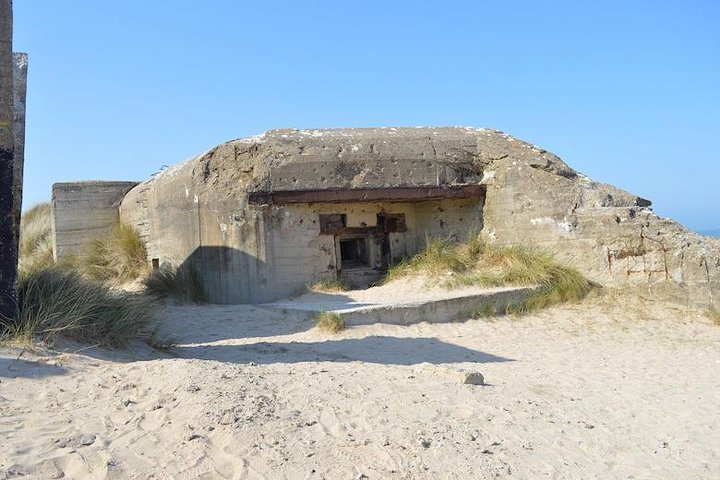 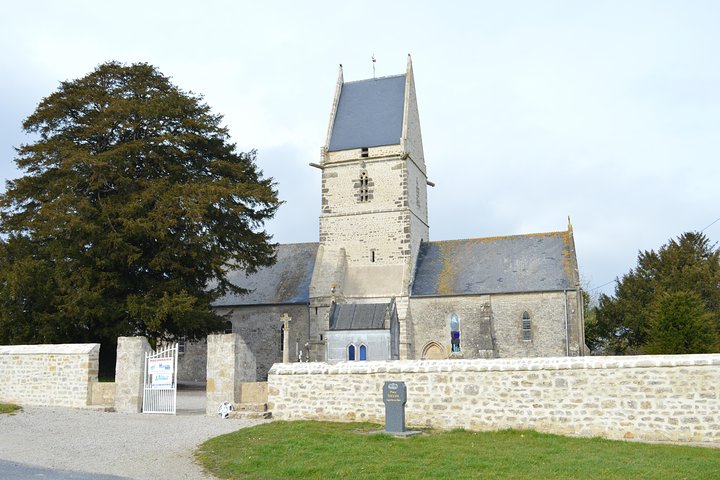 On this full day tour of the American sector on D-Day, we will visit the drop zones of the US Airborne Divisions, the landing beaches "Utah" and "Omaha", the cliffs and German fortifications at La Pointe du Hoc, and we will finally pay our respects at the Normandy American Cemetery. At most sites there will be some free time for you to take photos, use restrooms and/or grab a coffee.

In this small village, the tiny church was used as a first aid post by two 2 medics from the 501st Parachute Infantry Regiment, 101st Airborne Division, who managed to save the lives of many injured soldiers, American as well as German.

The first town in France to be liberated by American troops in WW2. This strategic crossroads town was captured by the 505th Parachute Infantry Regiment of the “All American” 82nd Airborne Division. Taken early in the morning of 6th June and also depicted in the film The Longest Day. Hear the stories of the men involved, including John Steele who got caught on the town steeple.

Of the two American sectors on D-Day, the landings at Utah Beach were the most successful. Here you will hear about the various factors that contributed to the American success, and you will have the opportunity to see monuments dedicated to the units involved in the landings on 6 June, as well as German bunkers.

On top of 100ft high cliffs, the Germans had established a long-range gun battery. It was the task of US Army Rangers to assault this position, scale the cliffs and destroy the German guns. This site has been preserved as a battlefield and you will be able to go into the many German bunkers, see the hundreds of bomb craters, and of course the cliffs the Rangers scaled.

At the second American sector, Omaha beach, we will visit the part of the beach that was depicted in opening scenes of the film Saving Private Ryan: here is where the heaviest casualties on D-Day were suffered. You will hear about the units involved, learn about how many things can and did go wrong here, but also how initiative, determination and leadership resulted in success.

The final resting place of 9380 American servicemen and women from the Normandy campaign, located on high ground overlooking the eastern side of Omaha Beach. It covers more than 170 acres and is maintained by the American Battle Monuments Commission. Here you will have the opportunity to pay your respects and witness the lowering of the flags.

Informacion Adicional
"Confirmation will be received at time of booking, unless booked within 1 day of travel. In this case confirmation will be received as soon as possible, subject to availability"
"Wheelchair accessible"
"Service animals allowed"
"Near public transportation"
"Transportation is wheelchair accessible"
"This tour is not suitable for children under the age of 8."
"Most travelers can participate"
"This is a private tour/activity. Only your group will participate"
"Face masks provided for travelers"
"Hand sanitizer available to travelers and staff"
"Gear/equipment sanitized between use"
"Transportation vehicles regularly sanitized"

Start Time: 8:30 AM
Duration: 8 To 9 Hours
Start location: Traveler pickup is offered
I pick up from all hotels, B&Bs, guest houses, gîtes, airbnb's in or near Bayeux. Other pick-up locations can be arranged, please enquire.