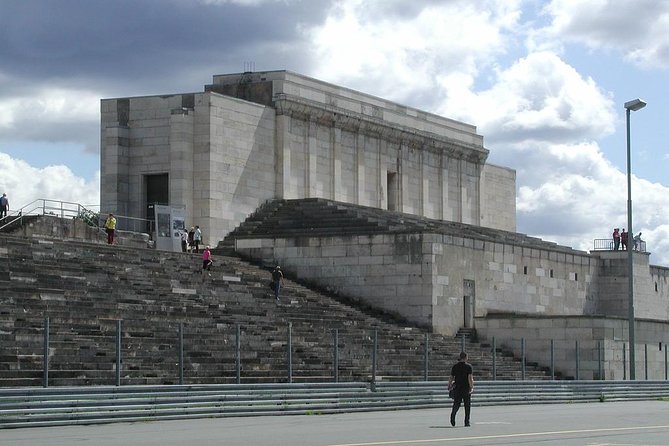 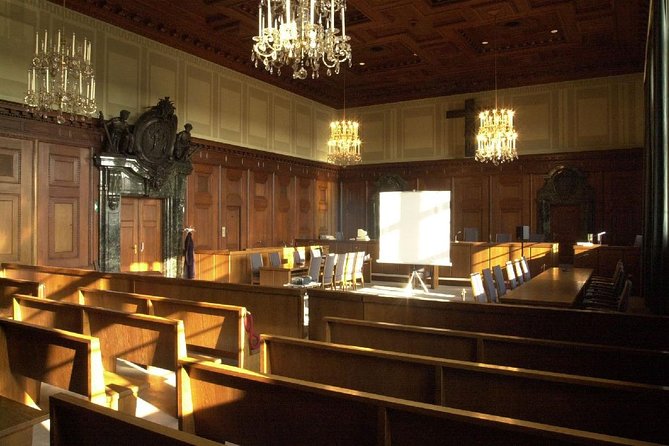 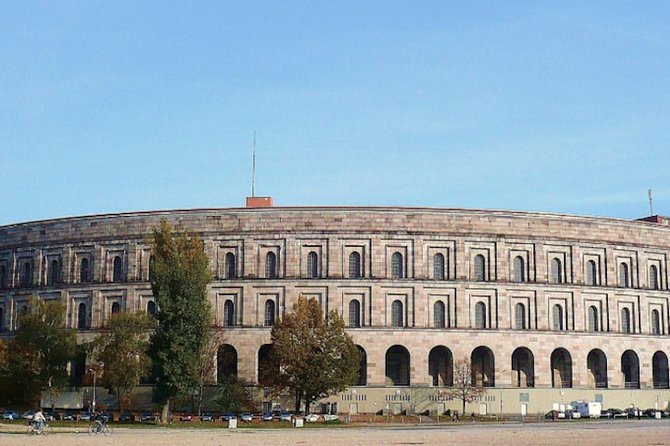 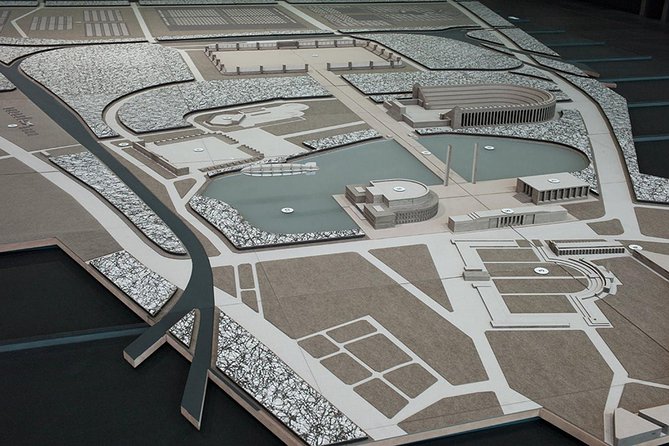 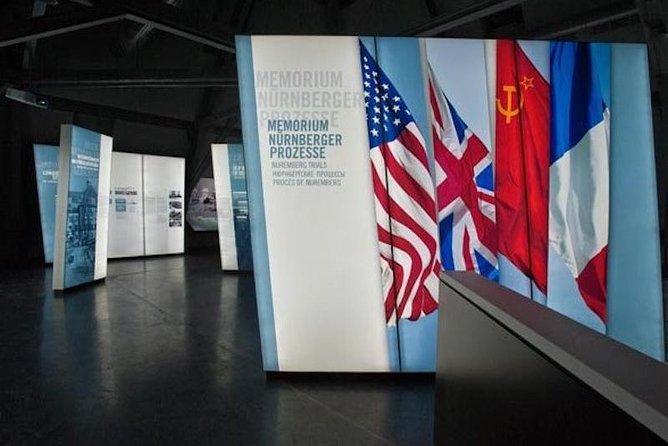 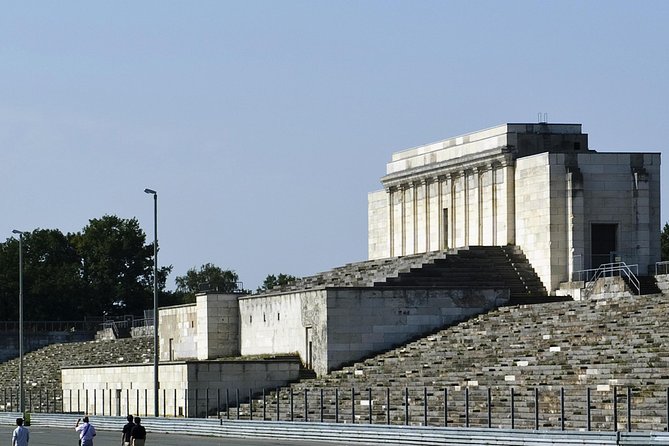 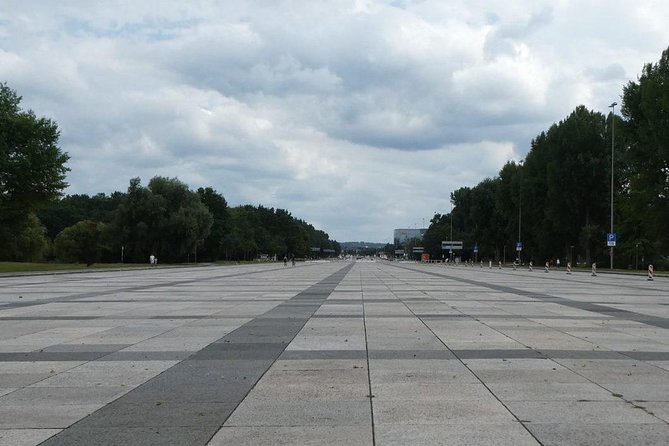 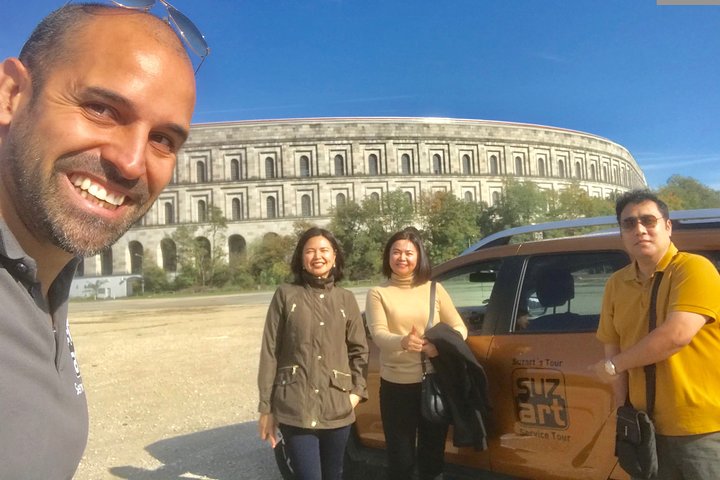 The Major War Criminals Trial was held before the International Military Tribunal in Nuremberg from November 20, 1945 to October 1, 1946. As a result of this trial, Courtroom 600 of the Nuremberg Palace of Justice gained worldwide notoriety. From 1946 to 1949, 12 "Subsequent Trials" were held in the same courtroom before exclusively U. S. American military tribunals. .
Still to this day, in the southeast corner of Nuremberg, the remains of structures located on the former Nazi Party Rally Grounds impress visitors with their immense proportions and stand as vivid testimony to the megalomania of the National Socialist regime. This area of 4 square miles was intended to be an impressive backdrop for the Nazi party rallies and serve to demonstrate their power not only to Germany, but to the entire world.

Palace of Justice is CLOSED ON TUESDAYS

From 1933 to 1938, the National Socialists held their Party Rallies in Nuremberg. Today remains of huge structures still bear witness to how this propaganda display was organized and produced. The exhibition in the Documentation Center Nazi Party Rally Grounds gives a comprehensive picture of the National Socialist dictatorship as well as the history of the Party Rallies. The educational forum offers numerous programs, and information boards on the Nazi Party Rally Grounds, which cover 4 square kilometers, explain the history of the site.

In the years 1935 to 1937 the Zeppelinwiese was redesigned to a design by Albert Speer (1934) in a parade grounds with grandstands, with the built on the northeast side of the field Zeppelin grandstand as a dominant backdrop. It is the only completed building on the Reichsparteitagsgelände.

The building was the location of the Nuremberg trials that were held from 1945 to 1949 for the main surviving German war criminals of World War II. The Palace of Justice was chosen as the site of the trials because it was almost undamaged, offered sufficient space and included a large prison complex. The choice of the city of Nuremberg was symbolic as the Nazis had held large Nuremberg Rallies in the city.

The trials took place in courtroom number 600, situated in the eastern wing of the palace of Justice. The courtroom is still used, especially for murder trials. At the end of the Nuremberg Trials the courtroom was refurbished, and is now smaller. A wall that had been removed during the trials in order to create more space was re-erected. In addition, the judges’ bench was turned 90 degrees and is no longer situated in front of the window, but stands where the witness box was placed during the trials.

Informacion Adicional
"Confirmation will be received at time of booking"
"Not wheelchair accessible"
"Stroller accessible"
"Near public transportation"
"Infant seats available"
"Most travelers can participate"
"This is a private tour/activity. Only your group will participate"

Duration: 3 To 4 Hours
Start location: Traveler pickup is offered
We pick up all guests in the Nuremberg, Fürth, Erlangen Hotels or River Cruise Port