Dominican Republic is in the 151st place in the table of density and thus has a high population density of 203 inhabitants per km2.

It is a developing country with high average income according to the World Bank, depending mainly on agriculture, foreign trade, services, mining, industry and tourism. Although the service sector has overtaken agriculture as the main provider of jobs due mainly to the rise and growth of tourism and industry, agriculture still remains the most important in terms of domestic consumption sector and is second (behind mining) in terms of exports.

Tourism contributes more than $ 4,000 million a year. Industry and tourism are the fastest growing sectors. Remittances from Dominican nationals living abroad are estimated at about US $ 3,000 million per year. 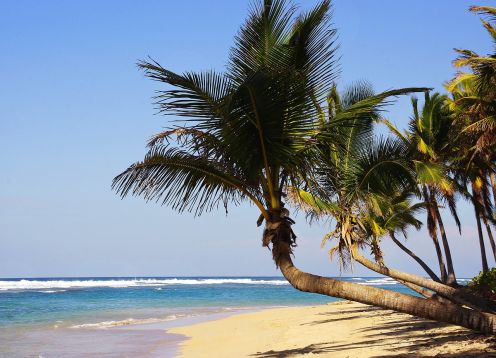 Location of REPUBLICA DOMINICANA The Dominican Republic bordered to the north by the Atlantic Ocean along 586 km, the south with the Caribbean Sea at a distance of 545 km to the west with Haiti border and 276 km east to the Mona Passage, separating island of Puerto Rico. It occupies 74% of the land on the Island of La Spanish

History of REPUBLICA DOMINICANA Successive waves of immigrants Arhuaco, moving north from the Orinoco delta in South America, settled in the Caribbean islands. Around the year 600, the Taino Indians, a Arawak culture, arrived on the island, displacing the previous inhabitants. Arawak recent migrants, the Caribs, began to move up the Lesser Antilles in the twelfth century, and invaded Taino villages on the east coast of the island while the Spaniards who arrived in 1492.
The Tainos called the island Quisqueya (mother of all lands) and Haiti (land of high mountains). At the time of Columbus arrival in 1492, the territory of the island consisted of five chiefdoms: Marien, Maguá, Maguana, Jaragua, and Higüey. These were governed respectively by Guacanagarix, Guarionex, Caonabo, Bohechío and Cayacoa caciques.