Population of AUSTRALIA Australia has a population of 24.8 million inhabitants in an area of about 7.69 million square kilometers, which makes it the second country with the lowest population density in the world, just behind Namibia.

Economy ofAUSTRALIA Australia is a country rich in natural resources, especially mining products such as iron (of which it is the worlds leading exporter), coal, crude, gold or aluminum, which makes the metallurgical industry one of the pillars of the economy Australian

Australia is the only OECD country that did not go into recession during the financial crisis. The Australian economy lived 25 years of economic growth without interruption; The country now has one of the highest growth rates in the developed world. The GDP growth rate reached 2.9 in 2016, a slight improvement to 2015. The fall in the value of coal and iron, as well as the decline in Chinese demand, have been a burden on exports. The mining sector represents about 20 of GDP, but investments have declined. Australia has many other assets; Its massive exports of agricultural products, the demand of its solid domestic market and a strong financial sector stand out. Growth must remain high in 2017 (2.7 increase in GDP is forecast). 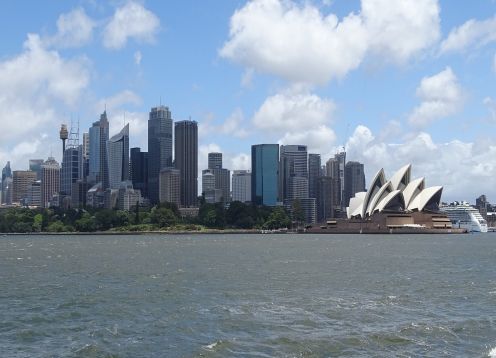 History of AUSTRALIA Australian aborigines are believed to have arrived by boat from Southeast Asia about 50,000 years ago. When Europeans arrived in Australia and colonized it, about 1,000,000 aborigines lived in the territory and engaged in hunting and agriculture.

During the 17th century several explorers arrived on the coast of Australia and in 1770 Captain James Cook landed and claimed the territory for the British crown. Thereafter, it was used as a prison for prisoners from Great Britain. In 1790 the free settlers arrived to populate the region and were displacing the aborigines, due to the confiscation of the lands and the diseases.