Economy ofJORDANIA Jordans main source of income is tourism. It is the third largest producer of phosphates, its second line of income. They are large producers of oil, nickel, chromium, bronze, platinum and titanium. 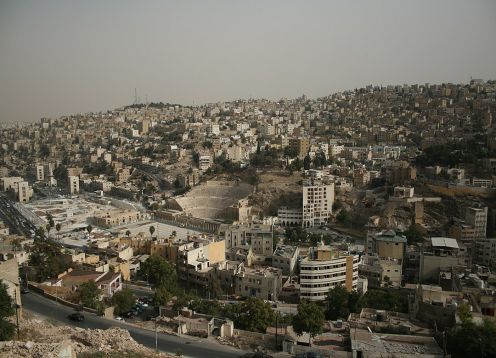 Approximately, in 312 a. C., the Nabateans took refuge in Petra, escaping from the Seleucid kings. They enjoyed relative independence, thanks to the decline of the Seleucid monarchy, which is why Petra became an important caravan stop. In the time of Pompey the Great, Nabatean autonomy in Jordan was threatened, and finally, in 105 AD, the Romans annexed much of present-day Jordan to their empire, under the name of Pétrea Arabia, with Petra as capital. The province would try to rise in the third century, without success.

In the seventh century, the current Jordan would be conquered by the Caliph Omar, but in the year 1100, during the First Crusade, Baldwin I of Jerusalem would make various incursions into the so-called Transjordan (in French Outre-Jordain, which means "beyond Jordan ", with the aim of controlling the camel caravans that crossed the territories of present-day Jordan. During the crusades, the Franks took control of the entire region. Transjordan then became the manor of Transjordan, vassal of the Kingdom of Jerusalem, which lasted until 1189, the year in which Saladin occupied all of Transjordan, and remained under the rule of the Ayubí dynasty until in 1259 it passes to the Mamluks and, in 1517, to the Ottomans.