Economy ofISRAEL Israel has a diversified and technologically advanced economy. The agricultural sector employs about 1 of the active population, while representing a little more than 1 of GDP (World Bank, 2016). The main crops of the country are fruits and vegetables, cereals, wine, livestock. The country is self-sufficient in terms of food production, with the exception of cereals. It has become a leading country in agro-technology, "greening" the desert to grow most of the exported food.

The Israeli industry stands out in the production of chemical products (Israel specializes in generic medicines), plastics and high technology. The industry as a whole comprises 18.7 of GDP and employs 17 of the workforce (World Bank, 2016). Numerous companies, particularly those that produce cutting-edge technology, have benefited from their ability to obtain funds from Wall Street and other international financial centers. Israel ranks second, after Canada, in terms of the number of companies registered in the US stock markets. High technology (aeronautics, electronics, telecommunications, software, biotechnologies, etc.) represents approximately 40 of the countrys GDP. Other important sectors of activity include diamond cutting, textiles and tourism.

Tourism remains important despite the Israeli-Palestinian conflict. The majority of the workforce (81) is employed in the tertiary sector, which represents almost 78 of GDP. 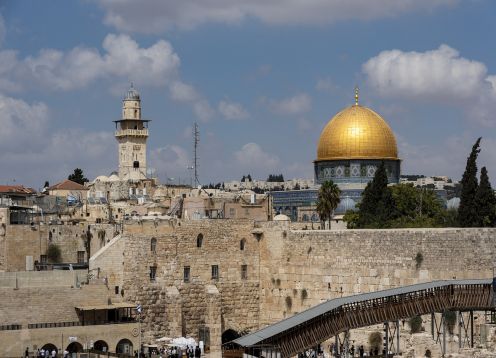