Economy ofCUBA The Cuban economy is based on the countrys natural resources, which are very varied and range from minerals such as nickel and cobalt, to tropical landscapes that attract millions of tourists every year.
In the mid-1990s, tourism surpassed sugar, since ancient times the mainstay of the Cuban economy, as the main source of foreign exchange. Tourism is important in the development plan of the Cuban government, and a senior official described it as the "heart of the economy." Havana dedicates important resources to the construction of new tourist facilities and the renovation of historical structures for the use of the tourism sector. 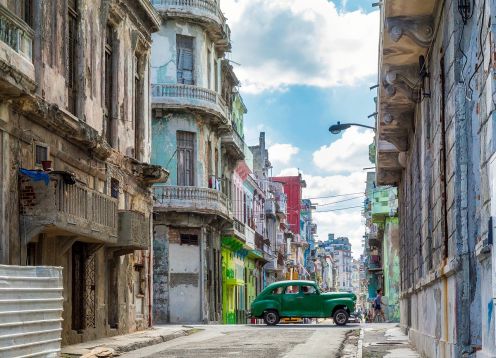 Location of CUBA Cuba is an archipelago constituted by the greater island of the Antilles called Cuba, the Isla de la Juventud (formerly Isla de Pinos) and 4,195 cays, islets and islands. It is located in the Caribbean Sea, near the coasts of the United States and Mexico.

Cuba became independent from Spain after the latters defeat in the Spanish-American War. As a result, the island became controlled by the United States, which after a military intervention, gives it the form of a Republic, although in fact it has continued to depend on that country until the Cuban Revolution.