More of the family of Rallidae 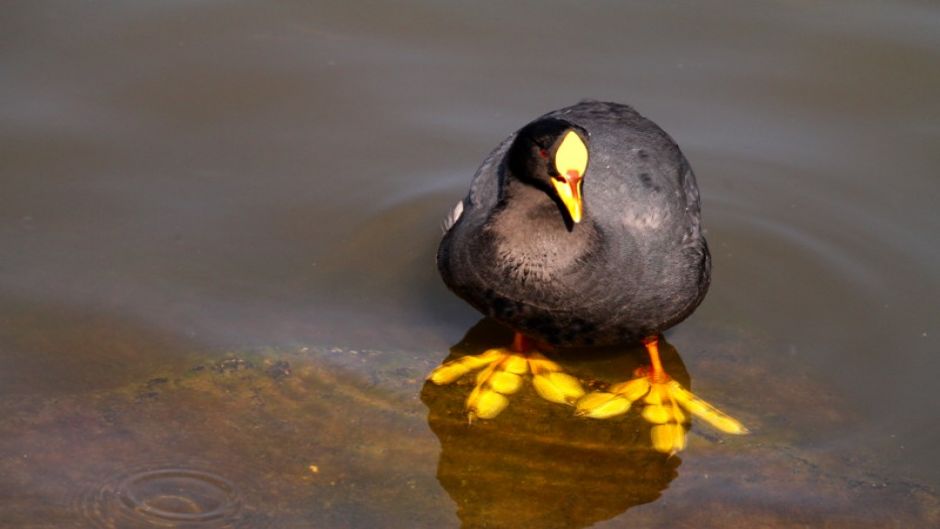 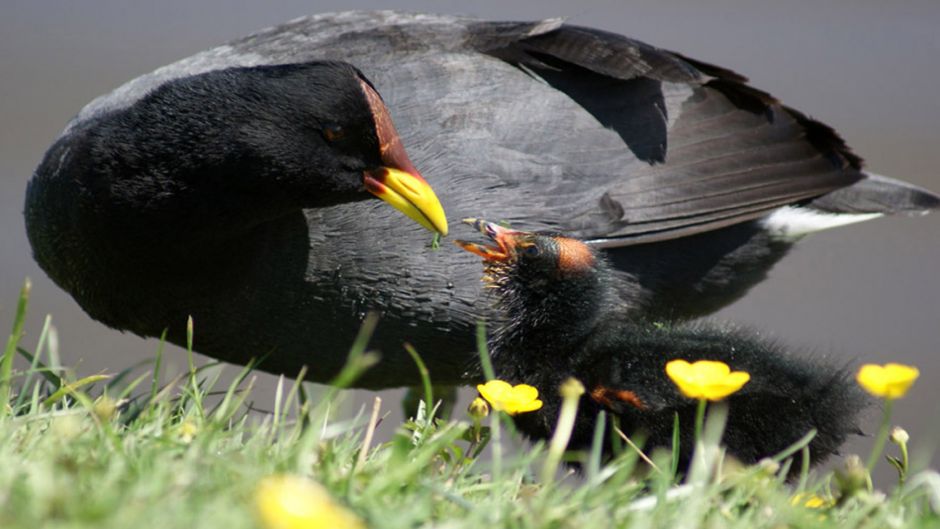 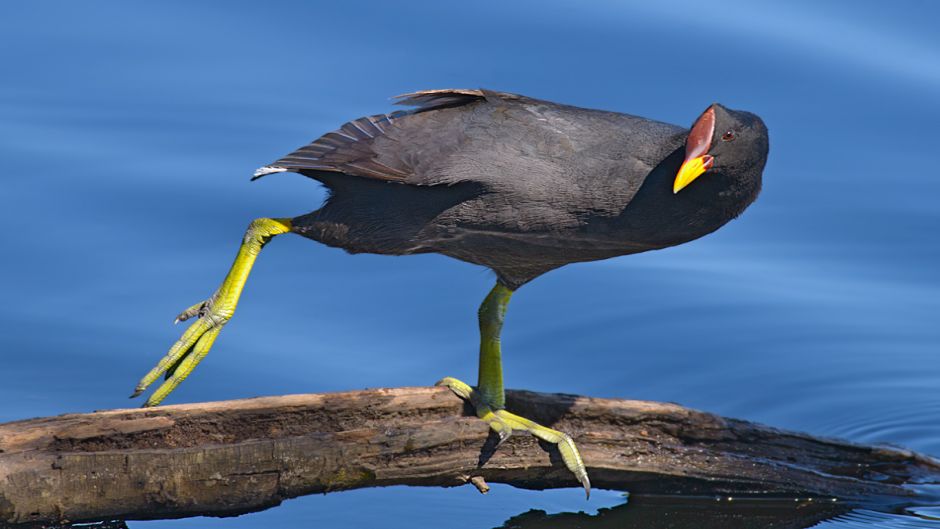 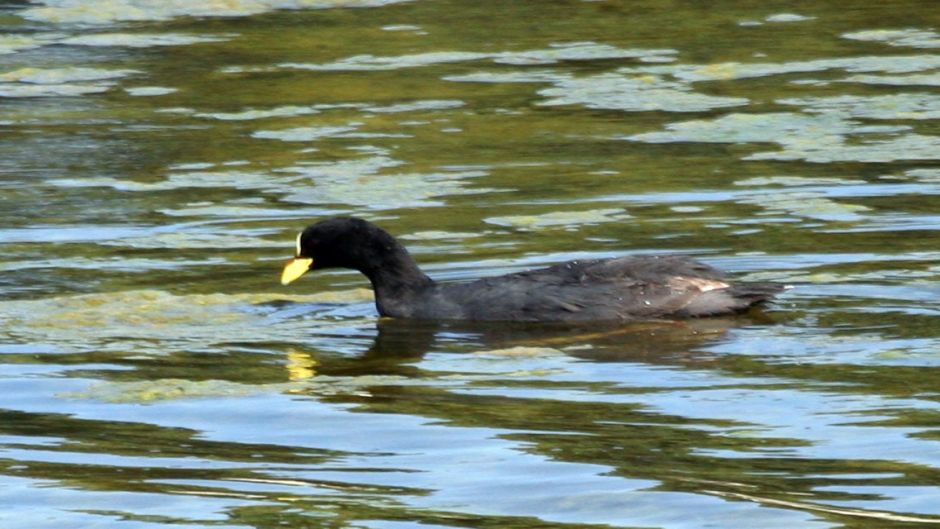 Information from the Tagua, present in almost all rivers and lakes

DISTRIBUTION IN CHILE:
from Coquimbo to Tierra del Fuego

HABITAT:
Lagoons, lakes and rivers. It rises to the mountainous area.

DESCRIPTION:
Length: 55 cms.
Head and neck black. Rest of body slaty black, somewhat lighter on the underparts. Fold the outer edge of the wing and white primaries. Frontal shield and a yellow beak with red spots at the junction of the two. Legs olive-yellow spots and red stripes in the tibia large lobate toes. Eyes red.

Present in almost all rivers and lakes in their range, the Tagua is the best known and abundant species Taguas found in the country. Difficult to distinguish with the naked eye with the Tagua chica (Fulica leucoptera), and even with the Tagua Cautín straight red (Red-fronted Coot), as they often are found together. The best way is by looking at the shape and color of the beak and frontal shield, although distinguish such details in the habitat is difficult enough task, except with that you have good binoculars.