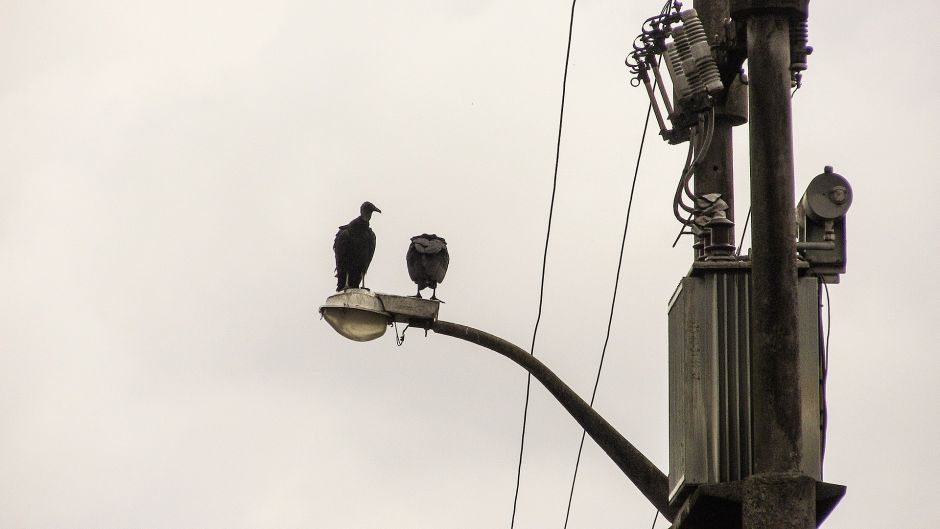 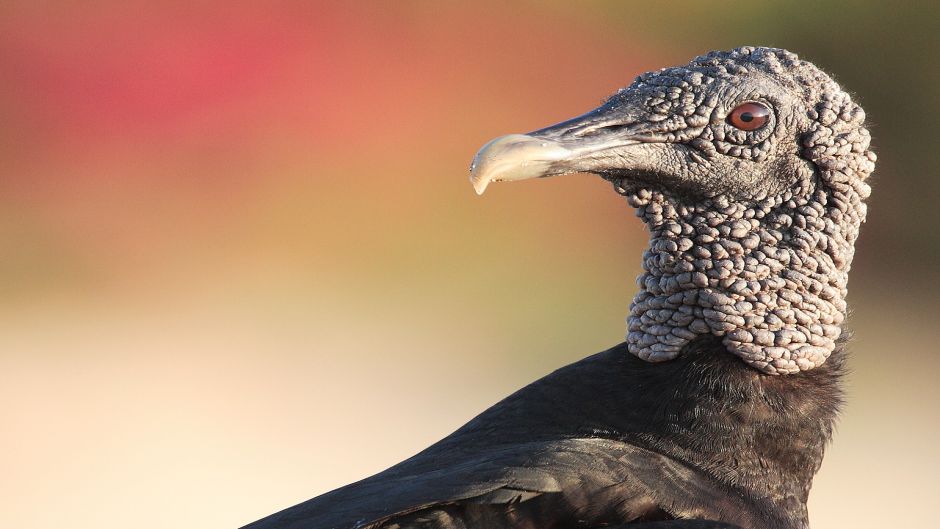 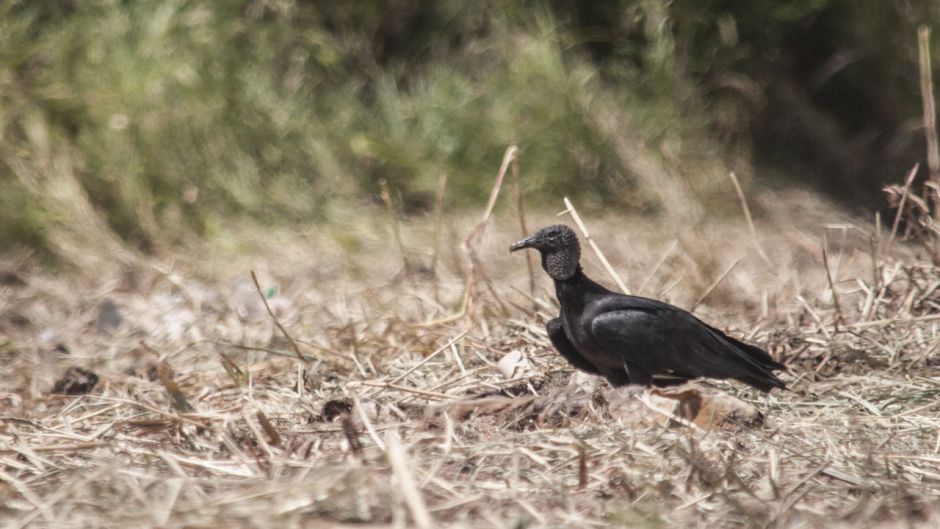 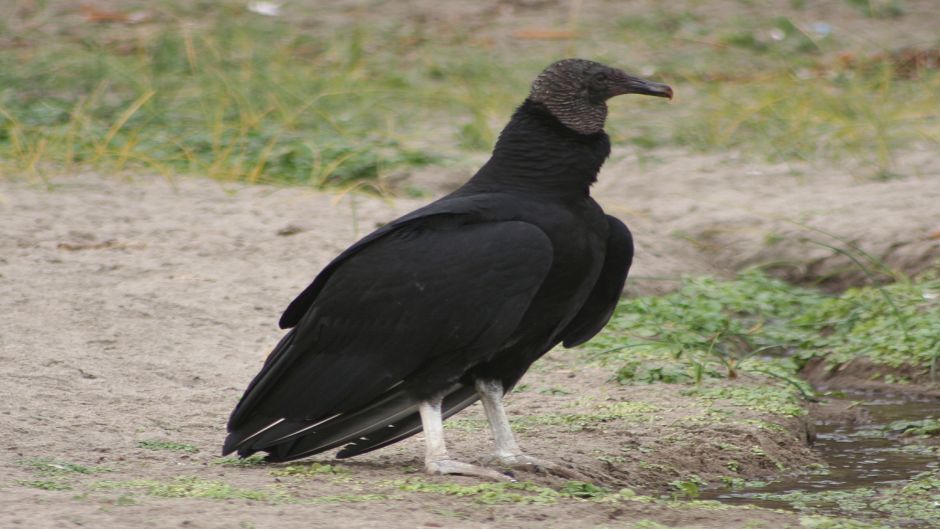 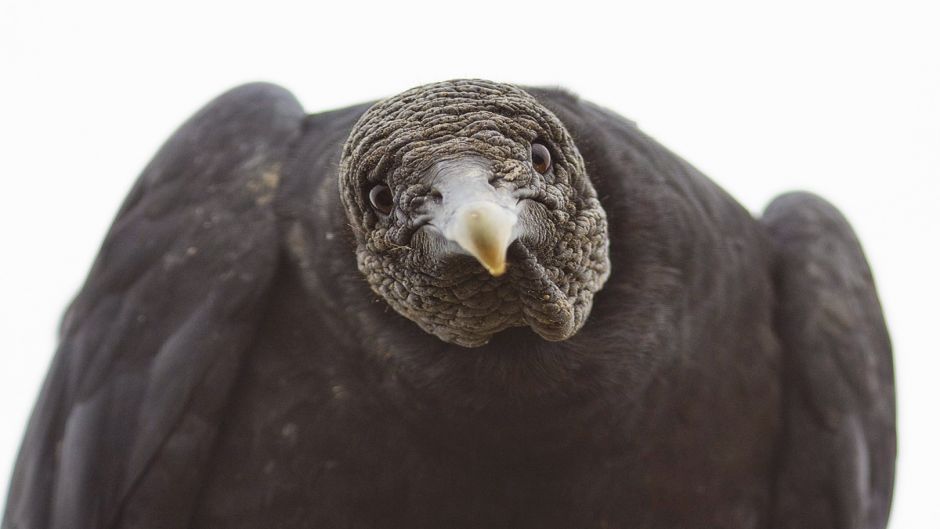 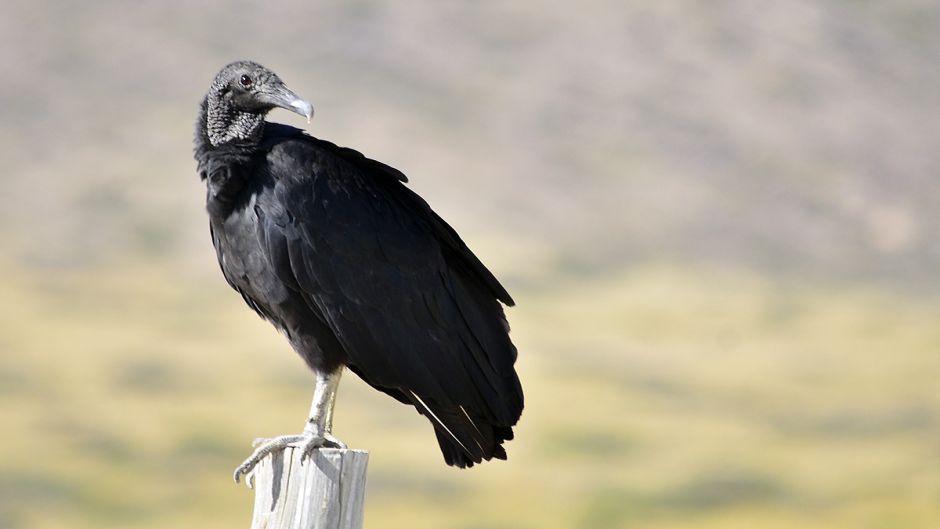 The American black vulture, black vulture or vulture head (Coragyps atratus) is the only species of the genus Coragyps. It is a bird accipitriforme although some classifications include it in the Ciconiiformes order, and one of the most abundant family members of New World vultures (Cathartidae). It extends from the southern United States to southern South America.

Despite its appearance and similar names, this species is unrelated to the Eurasian black vulture (Aegypius monachus). The latter species belongs to the subfamily of the Old World vultures (Aegypiinae), which is in turn part of the family Accipitridae (which includes eagles, hawks, kites, hawks and eagles), while the American species is part of the family of New World vultures (Cathartidae). It inhabits relatively open areas which provide scattered forests and shrublands. It has a wingspan of 1.67 m, and a black, gray neck and head without plumage, and a short, hooked beak.

It is a scavenger, but also eats eggs and newborn animals. In areas populated by humans it also feeds at garbage dumps. Finds its food using its keen eyesight or by following other vultures who have the sense of smell. Lacking a syrinx-organ voice of the birds-the only sounds are grunts or low frequency hiss. It lays its eggs in caves, hollow trees, or just on the floor. Generally it has two broods a year, fed by regurgitation. In the United States, the vulture receives legal protection by the Migratory Bird Treaty Act.4 This vulture also appeared in some Mayan codices.

Distribution and habitat
The American black vulture has a Nearctic and Neotropical distribution. The territory where you can find includes the United States, Mexico, Central America and most of South America to the Aysen region in Chile. Usually resides through these places, although some birds on the northern edge of its location may have migrated short distances, and others might be local movements in adverse conditions. In South America, its location reaches the center of Chile and Argentina. It can also be found on the Caribbean islands. It prefers open land interspersed with areas with forests or shrubs. also can be found in moist lowland forests, forests of shrubs in pastures, marshes and wetlands, and old degraded forests.
Preferring lowlands, it is rarely seen in mountainous areas. Planning is often seen perched on poles or trees or dead