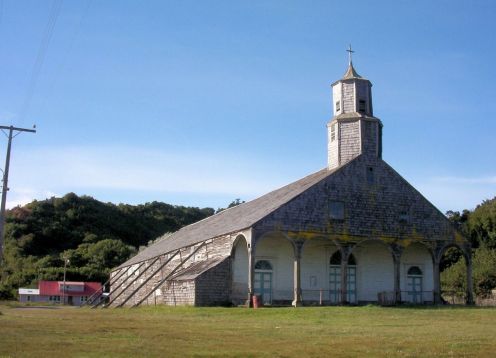 Quinchao is a Chilean commune belonging to the Province of Chiloé, in the Los Lagos Region. It covers most of the island Quinchao (sharing part of its surface with the commune Curaco de Velez) and the groups of islands formed by Alao, Apiao and Chaulinec, and formed by Caguach, Linlín, Llingua, Meulín, Quenac and Teuquelín.

In the rural sector of the commune may find different viewpoints, small traditional villages and wetlands, manifestations of its privileged nature. In addition, the Quinchao Commune is made up of nine islands, outside the main island, which represent the heart of traditional and indigenous Chiloé and where Chilote cultural heritage is best preserved.