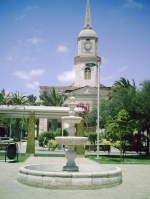 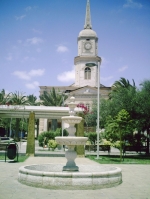 Among Vallenar and Huasco Freirina lies. A small city surrounded by olive plantations and river Huasco. Freirina is a pretty little town with history. It currently has around 3469 inhabitants.

Freirina The commune is located south of the Atacama region in the province of Huasco, was founded on 20 October 1752, with the name Santa Rosa de Huasco, by Governor Ortiz de Rozas. At the end of s. XVIII, was head of the Party of Huasco, dependent on the Administration of Santiago. From 1811 began to rely on the Administration of Coquimbo. Its name was changed to Villa de Freirina on 8 April 1824, in honor of Captain General Don Ramon Freire.

With the creation of the Province of Coquimbo, becomes head of the Delegation of Huasco, which the 1833 Constitution, becomes Freirina Department. In 1843, establishing the Province of Atacama, which becomes part. The city name is remitted on 17 January 1874. It covers an area of 3280 km Â² and approximately 6000 people distributed among the city itself (3,469 pop.) And rural sectors.