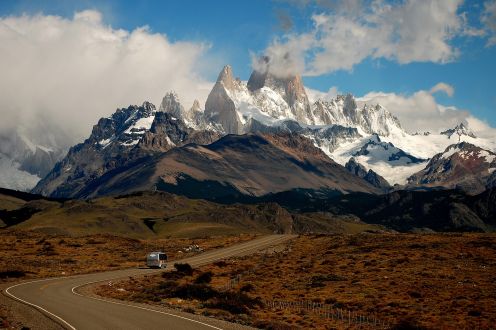 Transport "door2door" Calafate To Chalten Or Chalten To Calafate Minivan 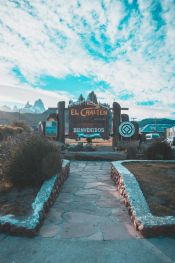 El Chaltén is located in the south of the Andes mountain range, in the Argentine Patagonia, at the foot of the Fitz Roy hill. It is a small tourist town founded in the Los Glaciares National Park.

The small town of El Chalten, has about 2,000 inhabitants, but this number can double in the tourist season from October to March.

El Chaltén is considered the Trekking Capital in Argentina, as it has the famous Fitz Roy hill, which is surrounded by circuits and trails for trekking or hiking.
Most of these Trekking are free and self-guided and do not require previous experience in the mountains, although in the most demanding and best routes you can hire companies to do them.

Many say that the hill Fitz Roy in El Chalten, is the small brother of Torres del Paine, since of certain angles it is very similar, as is its surroundings.

El Chalten, is one of the newest cities in Argentina, since it was founded on October 12, 1985.

The first years were hard with some provincial abandonment, scarce resources and strong local disputes over power and occupation of social places. This power could be the electricity, water or radio of the provincial network. The services were electricity, water, police and school, there was no doctor or nurse and much less an ambulance. Electricity was generated in the place and only 12 hours per day, the school worked in the teachers' house and the police station where the policemen lived.