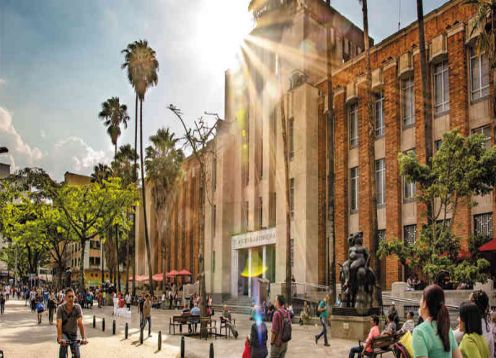 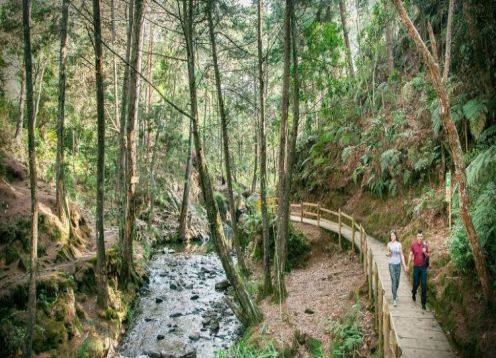 The Dark Days: Pablo Escobar and The New Medellin Tour

Private Tour To Guatape From Medellin

Pablo and Comuna 13 with Cable Car

Medellín is the second most important city in Colombia, and capital of the Department of Antioquia.

It sits on the widest part of the natural region known as Valle de Aburrá, in the central Andes mountain range. It extends to both banks of the Medellín River, which crosses it from south to north, and is the main nucleus of the metropolitan area of the Aburrá Valley.
In 1826 it was designated capital of Antioquia, title held by Santa Fe de Antioquia since colonial times. During the 19th century, Medellín developed as a dynamic center of commerce, first exporting gold, and later merchandise from the industrialization of the city.

The average temperature is 24º and is located at 1,475 meters above sea level.

About 1,500 years ago, the Aburrá Valley was traveled by hunter and gatherer tribes. When the Spanish conquistadors arrived they found a large native population, which offered little resistance. They were boring, Yamesi, little, Ebéjicos, Noriscos and peanuts that were there since the 5th century BC, according to estimates. They had large crops of corn and beans, raised curies and dumb dogs, woven cotton blankets, traded with salt, and knew the goldsmith's shop. Under Spanish rule they were distributed in parcels and displaced from their lands. Desertion, mistreatment, disease and hard intensive work on land and mines, in a few years decimated them.