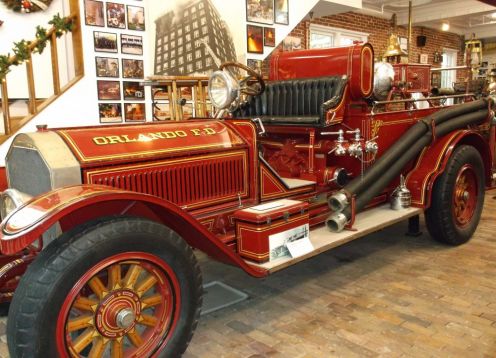 Despite being a relatively small city, in terms of territory and population it represents one of the most impressive tourist destinations in the United States, due to its famous amusement parks.

Orlando is the headquarters of Orange County, as well as head of the region known as Central Florida, in the State of Florida.
Orlando's economy is related to the tourism industry, which attracts more than 48 million visitors a year.

In addition to tourism, there are other industries, with a large presence of manufacturing factories. Lockheed Martin has a large aeronautical and high-tech research facility, due to Orlando's proximity to the Kennedy Space Center.