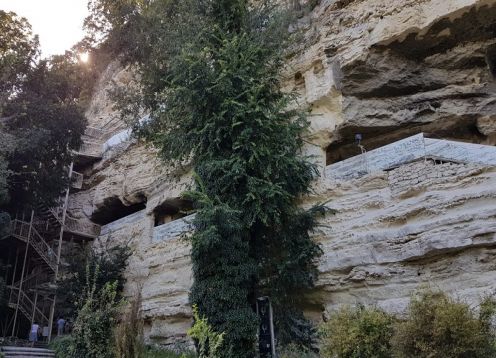 Varna Vineyard Tour and Wine Tasting at a Family-Run Winery

Varna is the largest city on the Bulgarian Black Sea coast and the third most populous city in Bulgaria, after Sofia and Plovdiv, with a population of 335,819 inhabitants.

Commonly known as the "marine or summer capital" of Bulgaria, Varna is a tourist, business, university center, seaport and headquarters of the Bulgarian Navy and merchant marine, as well as the center of the Varna province and northeastern planning region of Bulgaria (NUTS II), which also includes the provinces of Dobrich, Shumen, and Targovishte. Varna Airport, with its 1.18 million passengers, mainly tourists (only in 2011), places it as the third most important airport in Bulgaria after Burgas and Sofia.