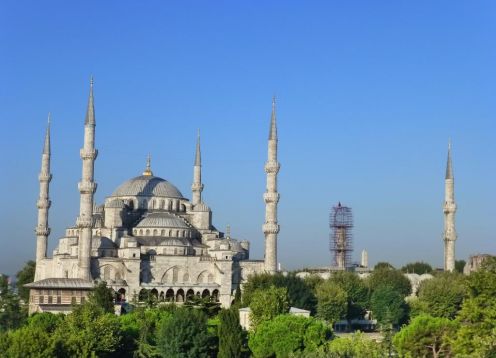 Istanbul, historically known as Byzantium and then Constantinople, is the most populous city in Turkey and the historical, cultural and economic center of the country.

Considered one of the most beautiful cities in Europe, Istanbul is the largest city in Turkey, constituting in turn one of the three transcontinental cities that are located between Europe and Asia.

Byzantium was the original name of the modern city of Istanbul. Byzantium was established by Greek settlers of Megara in 667 a. C. and named in honor of its king Byzas.

Through the years, this city was in the hands of the Persians, who occupied it and destroyed it in the 5th century BC. C. Recovered by the Spartan Pausanias in 479 a. C., began to rebuild in 478 a. C. Later Sparta had to dispute his control of the Athenians, who took it in 409 BC. C., but were expelled in 405 a. C., although in 390 a. C. returned to Athenian hands.