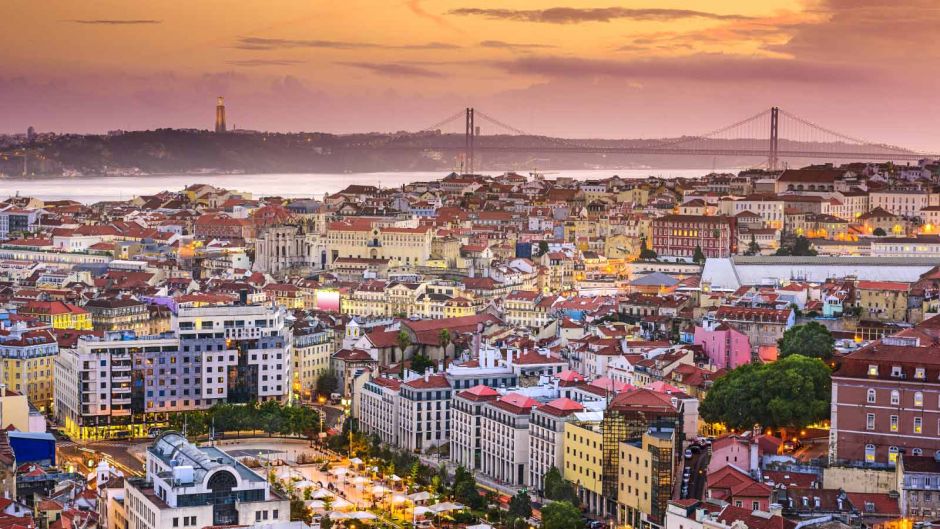 Lisbon is the spectacular capital of Portugal and one of the most vibrant and charismatic cities in Europe.
The Portuguese capital is constantly recognized as one of the most incredible cities in the world, a claim confirmed by Lonely Planet Guides, which places it among the top ten cities in Europe. Surprisingly, Lisbon remains one of the least visited European capitals, but this is something that is changing rapidly as new visitors discover Portugal's charm.

Lisbon is located at latitude 38 ° 43 'north and longitude 9 ° 8' west, which makes it the westernmost capital of continental Europe. It is located west of Portugal, on the coast of the Atlantic Ocean, on the right bank (north) of the Tagus estuary. The city occupies an area of ??84.8 km².

The historic center of the city is made up of seven hills, some of the streets being too steep to allow the passage of vehicles; The city uses three funiculars and an elevator (Santa Justa elevator). The western part of the city is occupied by the Monsanto Forest Park, one of the largest urban parks in Europe with an area of ??almost 10 square kilometers.

The history of Lisbon is linked to its strategic position at the mouth of the longest river in the Iberian Peninsula, the Tagus. Its natural harbor was the most comfortable for the resupply of ships that trade between the North Sea and the Mediterranean. It is also located in the southwestern corner of Europe having been a strategic point for trade routes with Africa and America.

Archaeological discoveries have shown that in the place where Lisbon is currently located there was a Phoenician trading post, from 1200 BC. C., which occupied the city center, on the southern slope of the castle hill. The magnificent natural harbor that created the Tagus estuary made it the ideal place to create a settlement that would provide food for the Phoenician ships that were on a commercial route to the Tin Islands (currently the Slingles and Cornwall Islands). The new city should have been called Allis Ubbo or a safe harbor in Phoenician, according to one of the various theories about the origin of the name.