Sucre to Potosi and Uyuni Full-Day Adventure Including Lunch

Visit to Uyuni Salt Flats from Sucre by Bus

The Best of Sucre Walking Tour 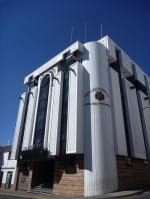 Sucre, whose original name is Chuquisaca, was called La Plata by the Spaniards. This city is the historical and constitutional capital of Bolivia, as well as being the seat of the Judicial Power of the country.

Sucre is located at 2798 m. between valleys of warm and dry climate.
The city is located in the province of Oropeza in the department of Chuquisaca, at the foot of the Sica Sica and Churuquella hills (two ancient extinct volcanoes), in the eastern cordillera of the Andes

It is called the cradle of American freedom, since in this land on May 25, 1809, the first libertarian cry of the continent was managed, as the outbreak of sounds from the Liberty Bell, located in the Church of San Francisco. In 1825, Sucre was the seat of the foundation of Bolivia as a Republic, within what is today called the House of Liberty.