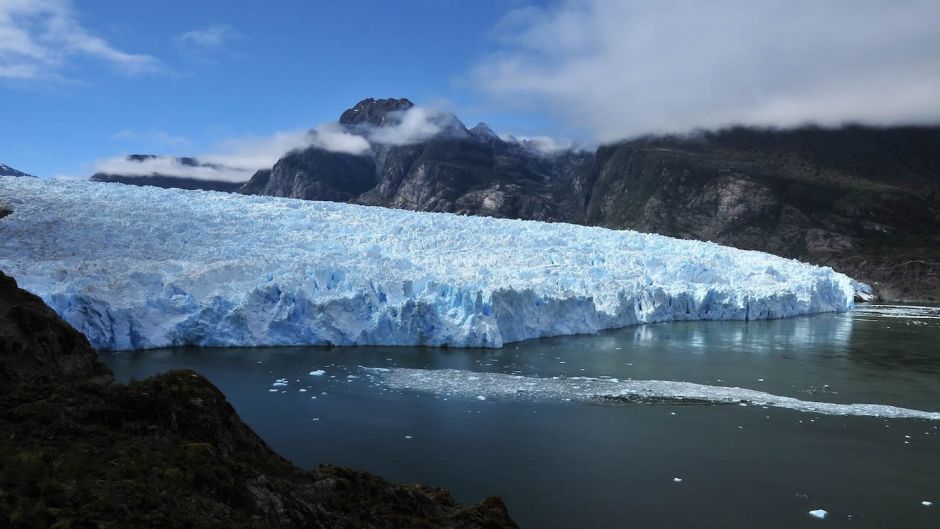 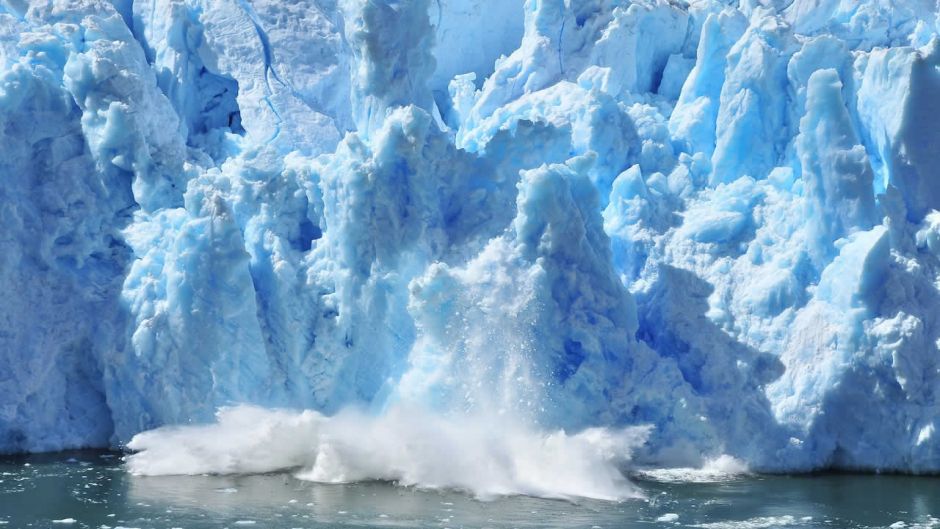 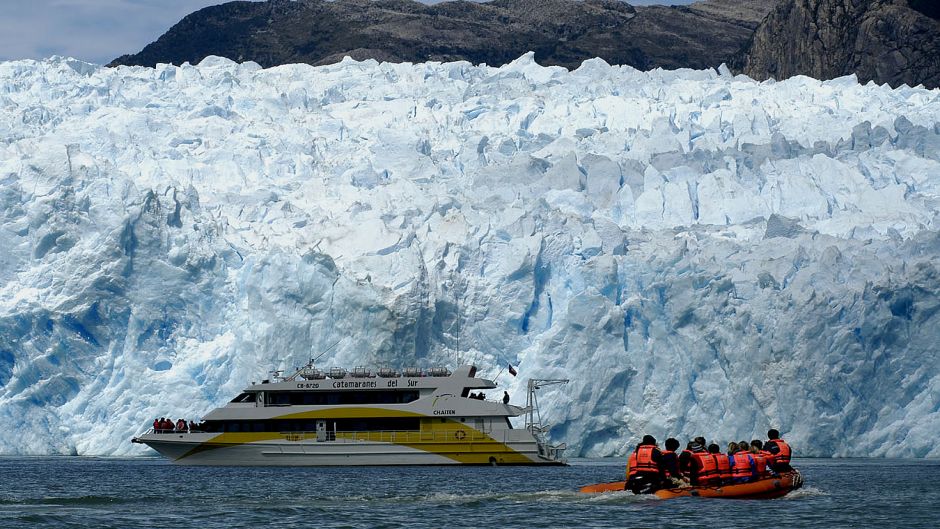 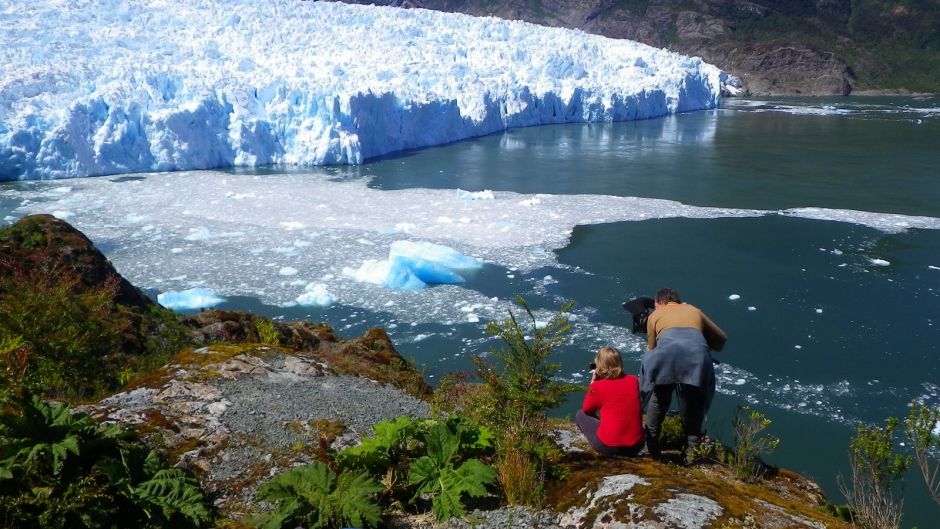 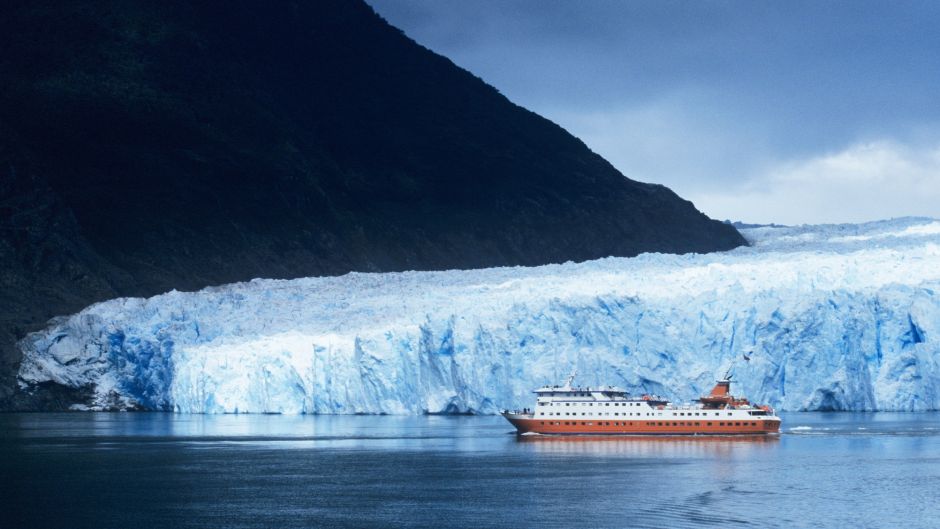 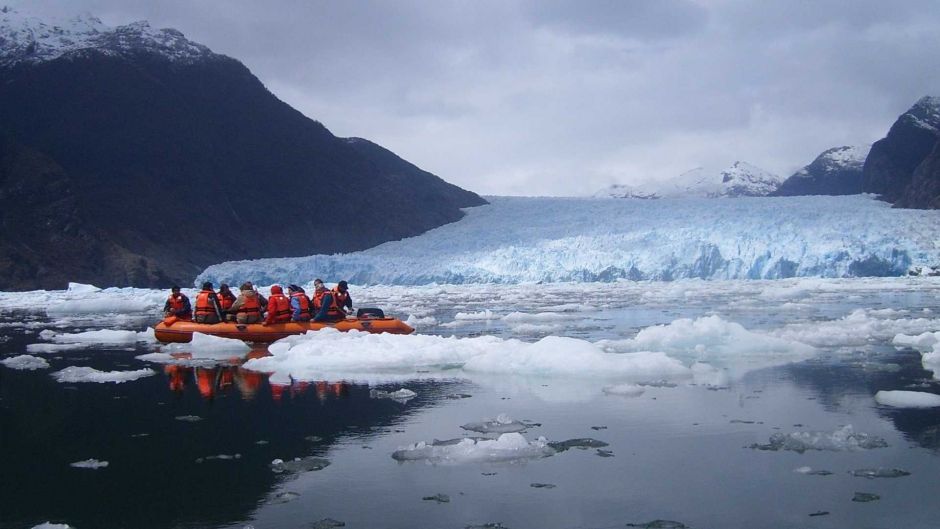 INTRODUCTION:
Setting out from Puerto Montt, NavimagÂ´s ferry heads south across the gulfs of Ancud and Corcovado. After sailing though the Moraleda channel it calls at Puerto Chacabuco, an important point on the Austral Road. At a speed of 12 knots, the Puerto Eden resumes its journey, sailing out of the Aysï¿½n fjord and through to the end of the Elefantes fjord until it reaches the Tempano river, the doorway into Laguna San Rafael.
Situated southwest of Puerto Chacabuco, at the foot of the Northern Ice Fields, the San Rafael lagoon has as its backdrop the imposing wall of the glacier that carries its name: the San Rafael glacier. The setting is captivating because of the huge blocks of bluish ice that continually break off from the glacier and fall into the lagoon, giving rise to new shapes.
The lagoon is part of the Laguna San Rafael National Park, which was designated as a Biosphere Reserve by UNESCO in 1979. It displays the wonders of a pristine ecosystem, where black-necked swans, caiquenes and a variety of ducks and cormorants, along with coipos, pudus, foxes and seals, are part of the beauty of an unexplored area.
There is nothing like the majestic daybreak that welcomes travellers as they sail into the lagoon or like the deafening noise of the blocks of ice breaking off the glacier to feed the multicoloured waters. In the midst of this setting, Navimag passengers will be able to venture closer to the glacier on boats, weaving their way across the white mantle of floating ice while enjoying the traditional whisky with age-old ice.

DAY 1:
9:00-12:00 Check in and luggage reception in Passenger Terminal. Avenida Angelmó 1735, Puerto Montt. (For those that require ground transportation optional.)

14:00 Start of optional land tour by bus to the city of Castro.
18:00 (*) Boarding the ship, welcome and safety instructions and life on board (*).
19:30 Setting sail, navigation on the Estero de Castro, Lemuy Channel, Chonchi and Yal Channel. Welcoming Party.

DAY 2:
Navigation Corcovado Gulf, an area of marine life diversity and natural habitat of cetaceans like the Blue and hunchback whale.

12:00 Arrival to Castro, disembarking
15:00 Departure of optional bus to transfer to Puerto Montt.
(*) Passengers who board in Castro, check in and luggage reception start from 15:00 hrs. Boarding at 19:00.
(**) Activity subject to weather conditions.
(***) Optional activities charged to the passenger.