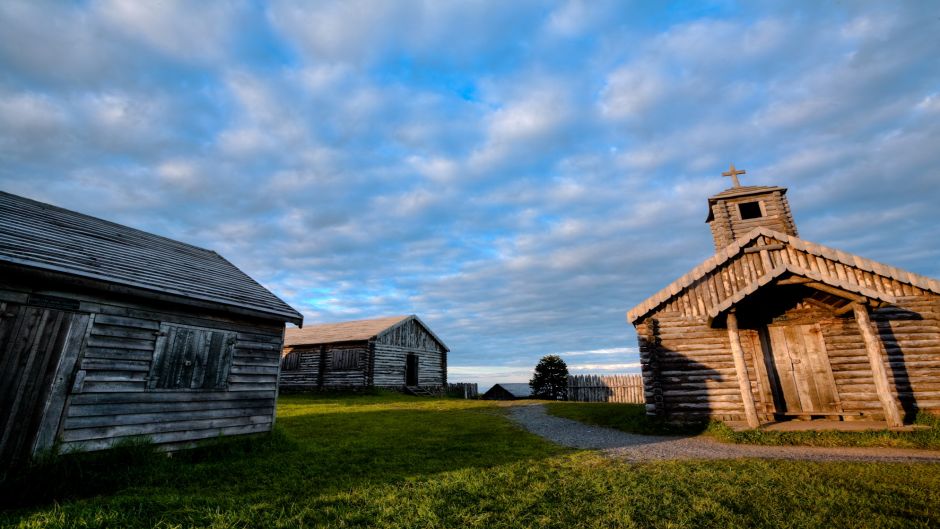 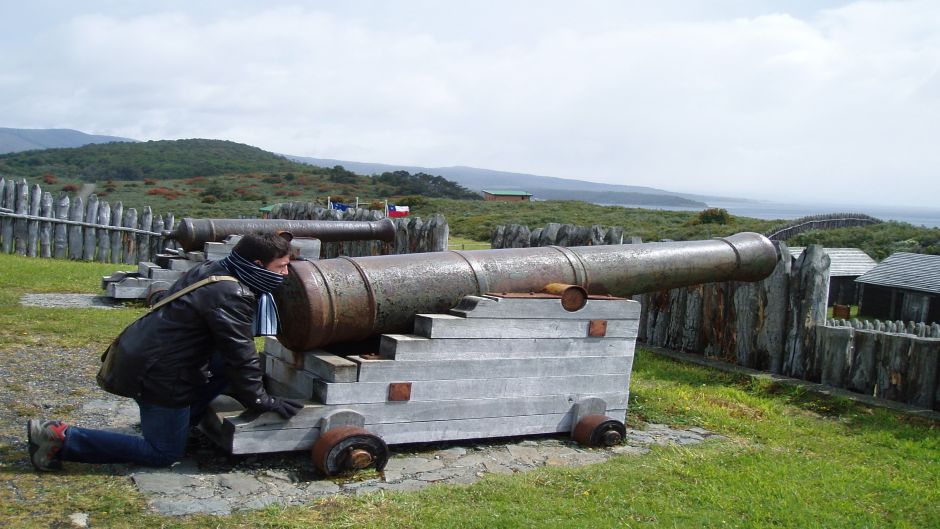 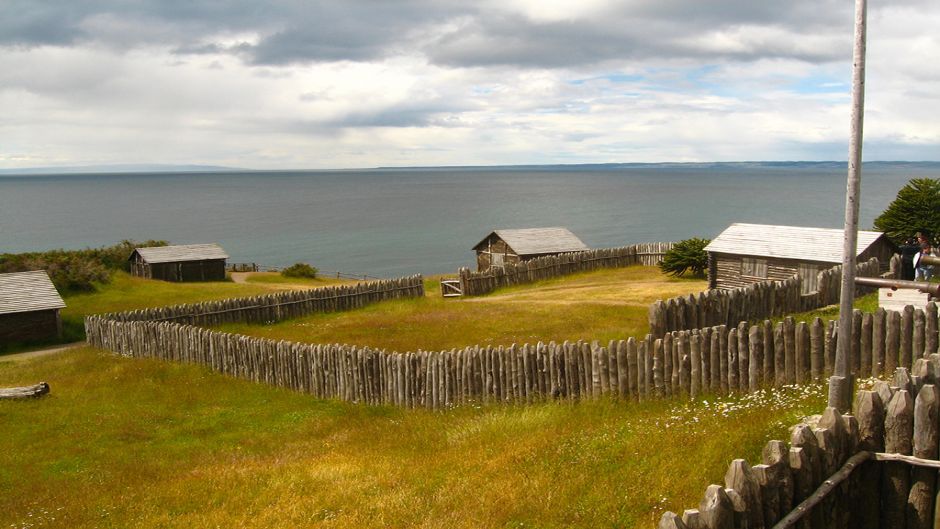 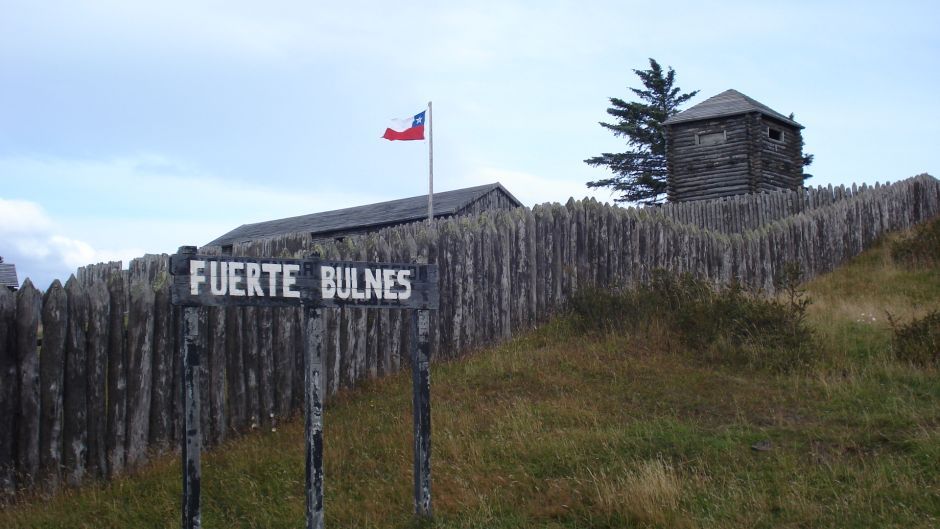 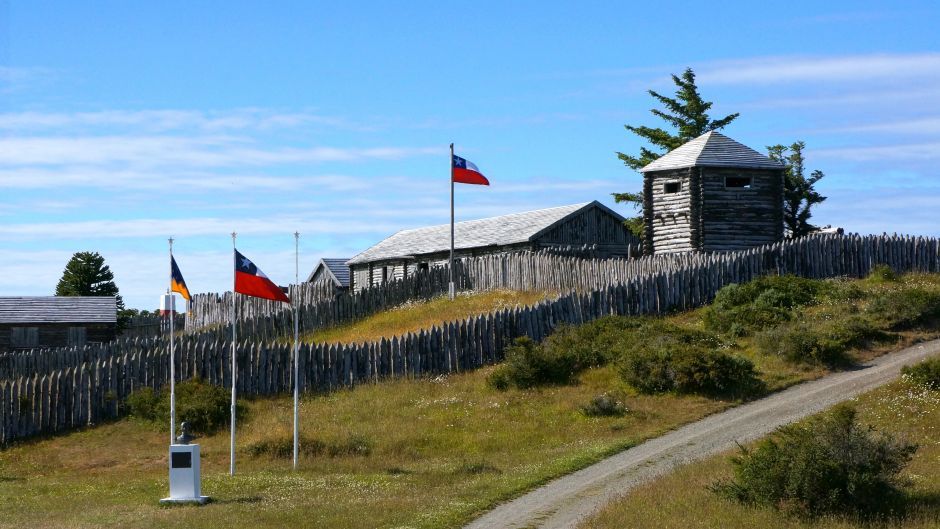 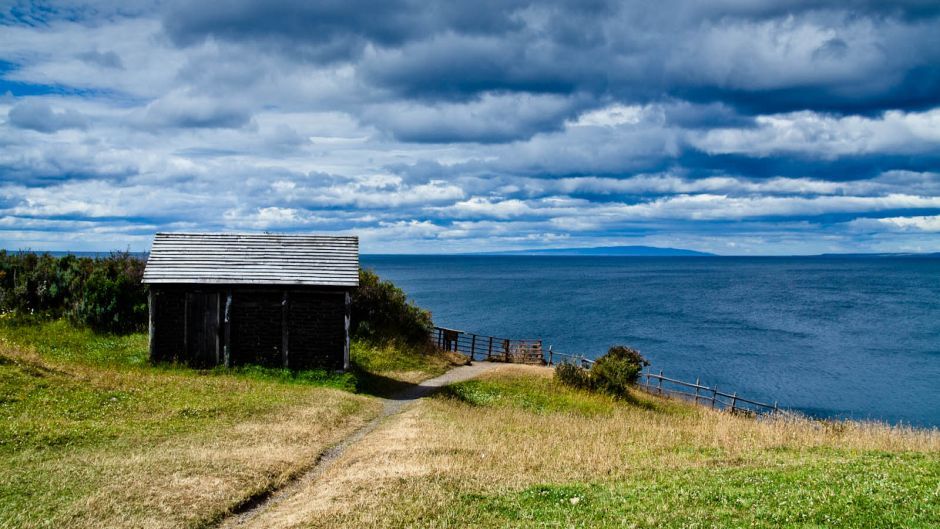 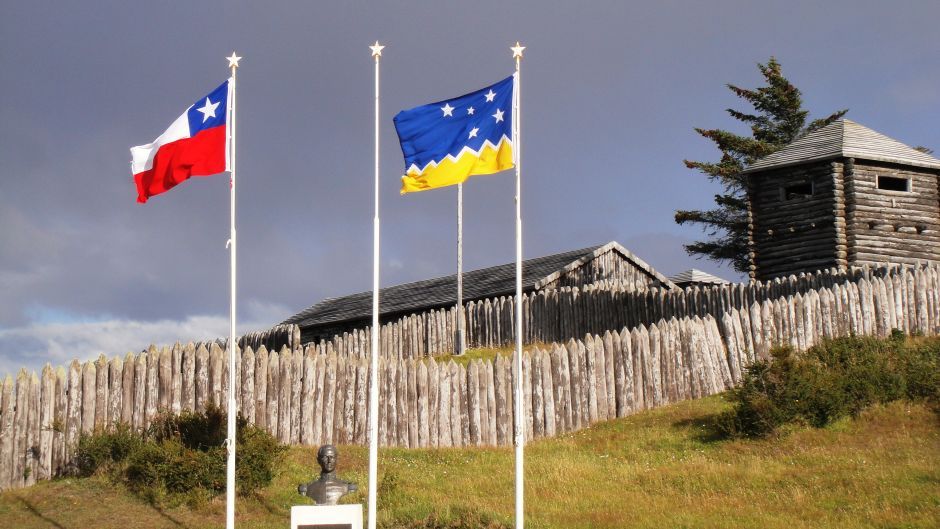 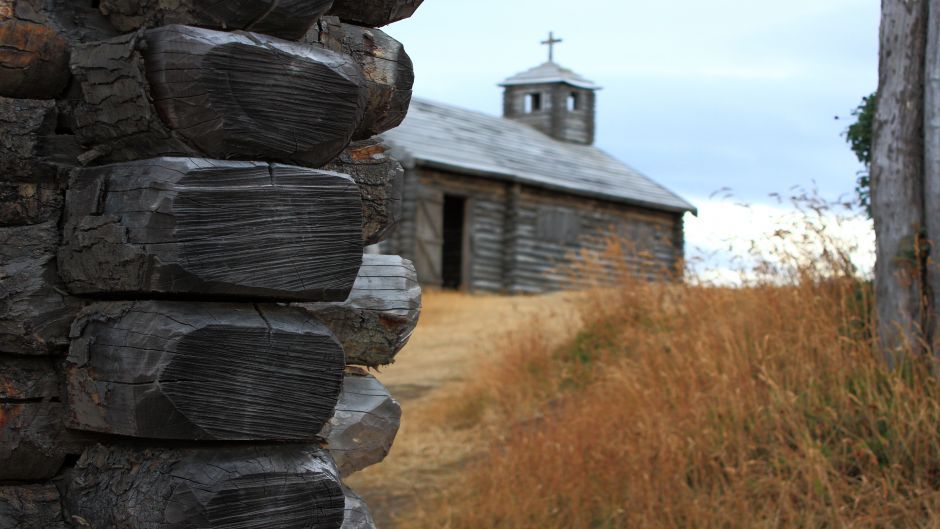 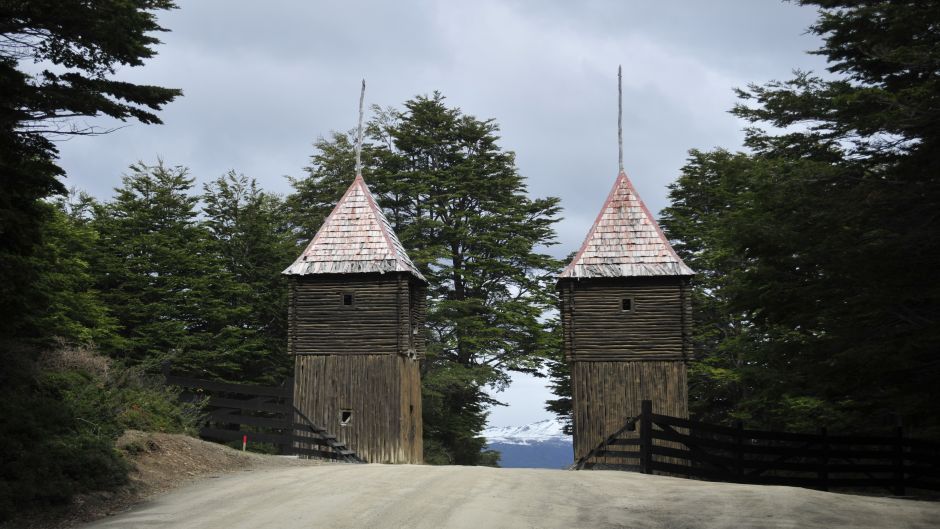 But this fort was abandoned in 1848 when the entire population moved into Punta Arenas. The outing will lead us through a wonderful a path surrounded by flowers and countryside.Once we get to the fort we will have the opportunity to see the chapel, the stable, the canons yards, the jail, the houses and and dining rooms, buildings built ?on the stroke of ax?.

On the way back many attractions will get our attention the ruins and monument that recall the old settlement King Don Felipe and later called The Port of Hunger due to the tragic death of the inhabitants.

Another attraction is the Fishermen´s wharf Bahía Mansa. We will finally stop at the landmark that marks the half of Chile measured from Visviri to the Antarctic.

Departure days: Every day, Previous reservation
Start Time: 09:00
End Time: 14:00
Duration: Half Day
Start location: The price includes the start in all apartments and hotels accommodation in Punta Arenas
Cancellations and refunds: You have up to 2 business days to cancel your reservation