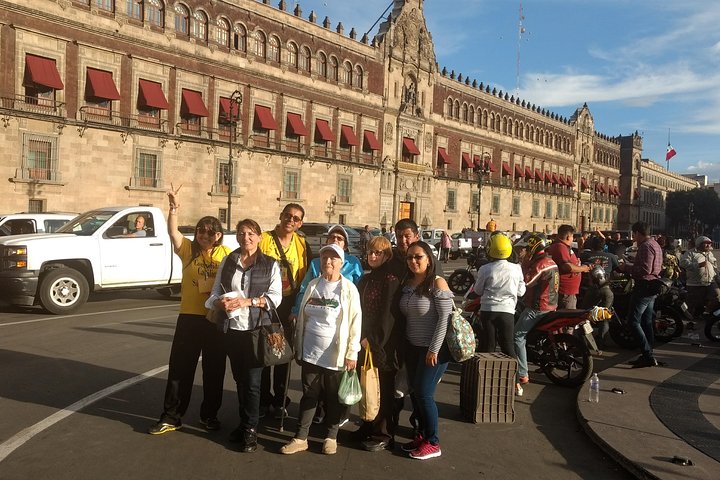 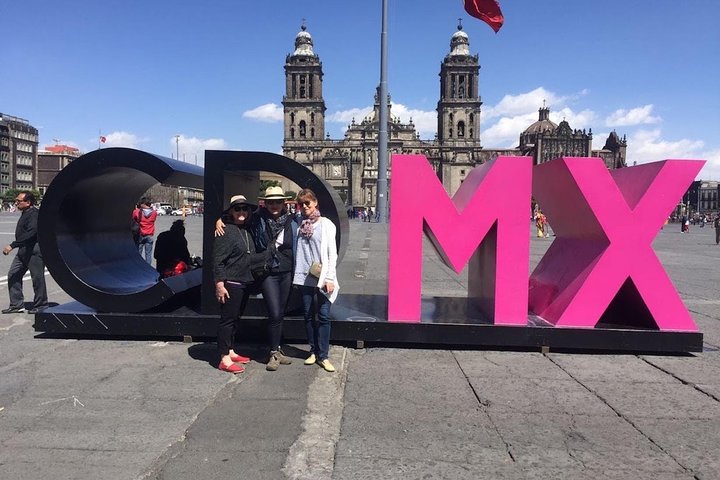 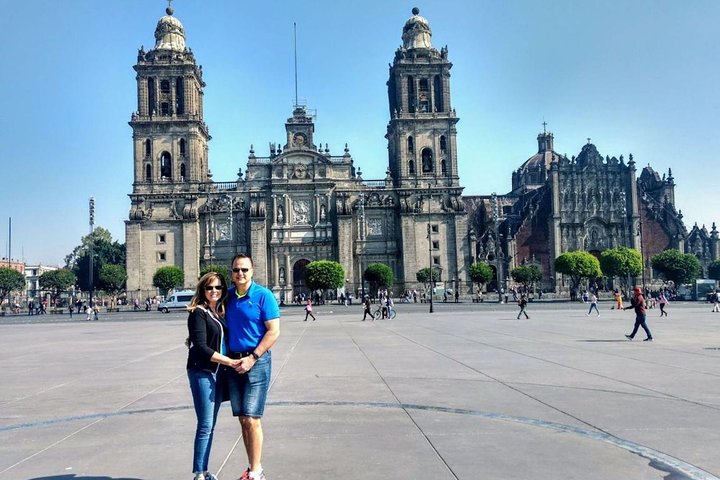 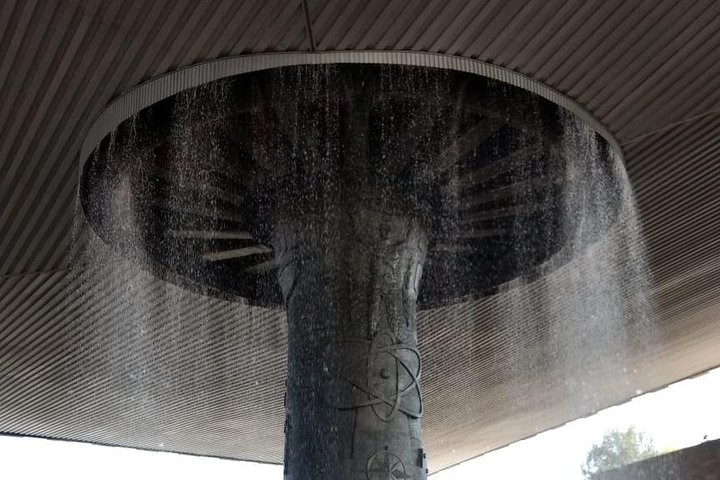 During this private tour of Mexico City, you will see the city's main sights with a local guide. Some sights that you will visit include Paseo de la Reforma avenue and the Angel of Independence.

The Plaza de la Constitución, informally known as El Zócalo, is the main square of Mexico City. Together with the surrounding streets, it occupies an almost rectangular surface of approximately 46 800 m² (195 m x 240 m). It was named in honor of the Constitution of Cadiz promulgated in 1812. This is the second largest square in the world and the first among the Spanish-speaking countries. 1

The Zócalo is located in the heart of the area known as the Historic Center of Mexico City, in the Cuauhtémoc delegation. Its location was chosen by the Spanish conquistadors to be established in an area close to what was previously the political and religious center of Mexico-Tenochtitlan, capital of the Mexicas.

The National Museum of Anthropology (MNA) is one of the most important museum sites in Mexico and the Americas, designed to house and exhibit the archaeological legacy of the peoples of Mesoamerica, as well as to account for the country's current ethnic diversity. The current building of the MNA was built between 1963 and 1964 in the Bosque de Chapultepec by instruction of President Adolfo López Mateos, who inaugurated it on September 17, 1964.

The Metropolitan Cathedral of the Assumption of the Blessed Virgin Mary to the skies of Mexico City is the seat of the First Archdiocese of Mexico and is located on the north side of the Plaza de la Constitución in the Historic Center of Mexico City, in the Cuauhtémoc Delegation. When forming part of the mentioned architectonic set in that area of the city, it is consequently Patrimony of the humanity from 1987

Its construction began in 1522, as the second private residence of Hernán Cortés, on top of a part of the huey tlatoani Moctezuma Xocoyotzin palace. Then it was acquired by the crown and intended as the seat of the Viceroys of New Spain, and most of the colonial institutions. During that period it suffered a great fire and was semidemolido in 1692, later it was reconstructed by the viceroyal authorities. Once the Independence of Mexico was consummated, it was the seat of the executive, legislative and judicial powers of the different republican and monarchical regimes of the country during most of the 19th century; it was even the personal residence of all the rulers between 1822 and 1884; from then on, it remained as presidential office until 1968, partially recovering this function in 2012, and completely in 2018.

Start Time: 9:00 AM
Duration: 4 Hours
Start location: Traveler pickup is offered
We have coverage in all the places of the city of Mexico, Hotels, Airbnb, All the niches and common