Economy ofAUSTRIA Austria is one of the 10 richest countries in the world (measurement based on GDP per capita), has a social market economy and a very high standard of living.

Until the 1980s, numerous companies were nationalized. In recent years, however, privatization has reduced state holdings to a level comparable to that of other European economies. Along with a highly developed industry, international tourism is the most important part of the national economy.

Germany has historically been Austrias main trading partner, which makes it vulnerable to the rapid evolution of the German economy. But since Austria became a member state of the European Union, closer links have been established with other European Union economies and its economic dependence on Germany has been reduced. In addition, the number of EU members has prepared an influx of foreign investors attracted by access to the European single market and proximity to the EU. GDP growth accelerated in recent years and reached 3.3 in 2006. 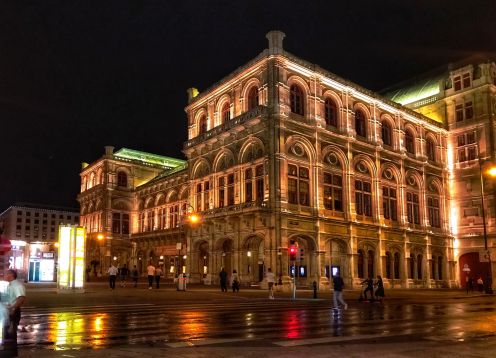 Location of AUSTRIA Most of the territory of Austria, two thirds of the total, is within the eastern section of the Alps, which reach heights of more than 3000 m. The population is concentrated in the river valleys, among which the most important one is the Danube, which enters Austria through Passau, on the border with Germany, passing through Linz and Vienna, up to Bratislava, on the border with Slovakia . In Germany it receives the Inn, which passes through Innsbruck, with its tributary the Salzach, which passes through Salzburg.

Lake Constance is the largest in the country and forms the western border with Germany and Switzerland.

History of AUSTRIA In prehistoric times, the land of central Europe that is now Austria was occupied before Romanization by various Celtic tribes. It was initially inhabited by Illyrians, later joined by Celts from the north. The Celtic kingdom of Noricum was claimed by the Roman Empire as a province. From the year 15 a. C. became a province of the Roman Empire.

In the decline of the Empire (4th century), Huns, Goths, Lombards and Vandals crossed the border on several occasions. After the fall of the Roman Empire, the area was invaded by the Bavarians, Slavs and Avars.