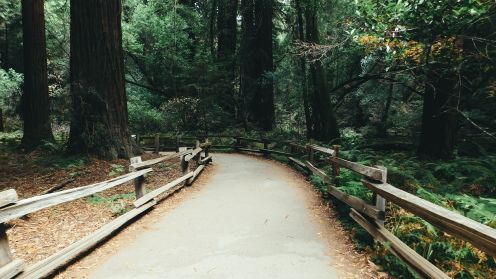 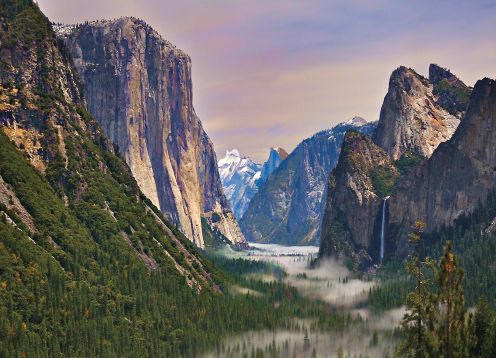 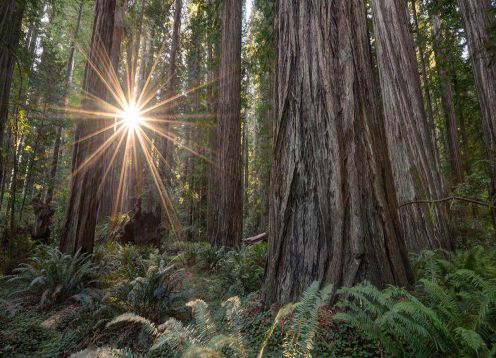 On the outskirts of San Francisco, less than 40 minutes drive from the city center, the Muir Woods National Park is made up of old sequoias that remind us of the trees that once covered this entire region.

This monument, originally established as a national monument in 1908 by President Theodore Roosevelt, was named in honor of the revered naturalist John Muir, who declared the site "the best monument for tree lovers that could possibly be found in all forests of the world ".

Ecosystem
Coastal redwoods of old growth
The Muir Woods National Monument is a forest of old-growth coastal redwoods. Due to its proximity to the Pacific Ocean, the forest is regularly covered by a coastal marine layer, which contributes to a humid environment that encourages the vigorous growth of plants. Fog is also vital to the growth of redwoods, as they use the moisture of fog during dry seasons, particularly dry summer.

Weather
The monument is cool and humid throughout the year, with average temperatures during the day between 40 and 70 degrees Fahrenheit (4 to 21 ? C). The rainfall is intense during the winter and the summers are almost completely dry, with the exception of the dripping mist caused by the mist that passes through the trees. The annual rainfall in the park varies from 39.4 inches (1,000 mm) in the lower valley to 47.2 inches (1,200 mm) higher up on the mountain slopes.

Soils and rock
The redwoods grow in frank coffee rich in humus that can be gravel, stony or something sandy. This floor has been assigned to the Centissima series, which is always on slopes. It is well drained, moderately deep and slightly to moderately acidic. 6 It has been developed from a mixture of the Franciscan Formation. 7 The more open areas of the park have a shallow gravel loam of the Barnabe series, or a hard, deep loam of the Cronkhite series.