More of the family of Herpestidae 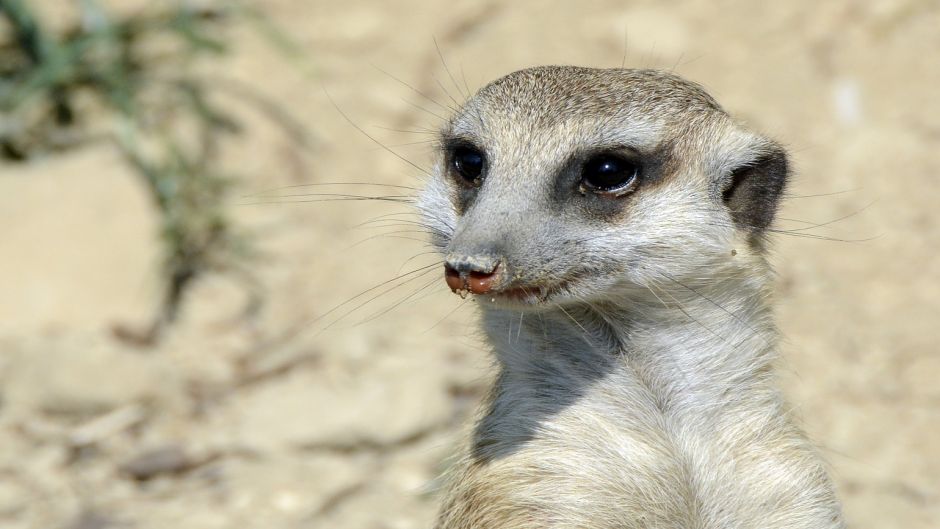 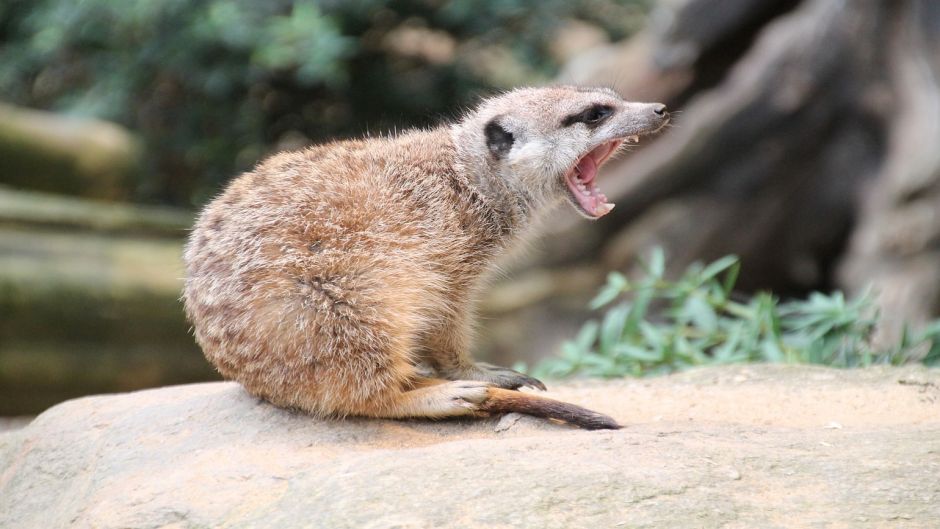 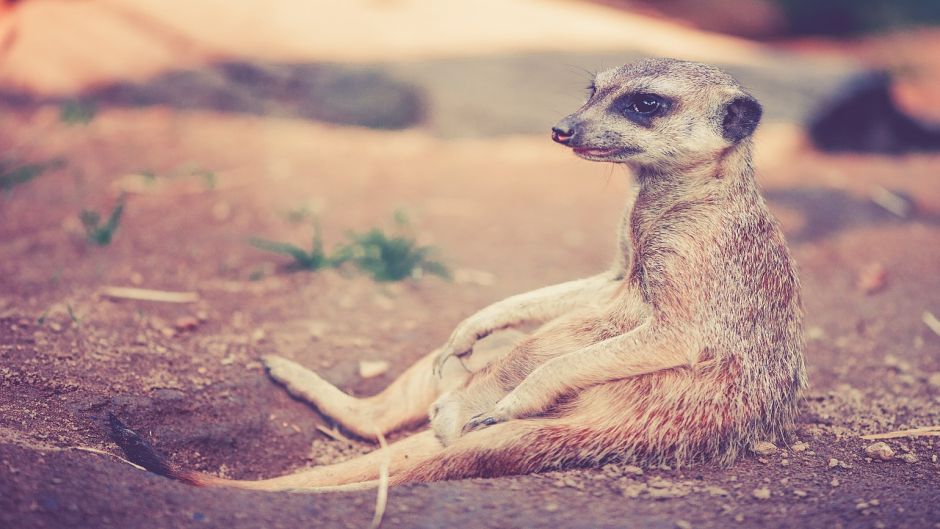 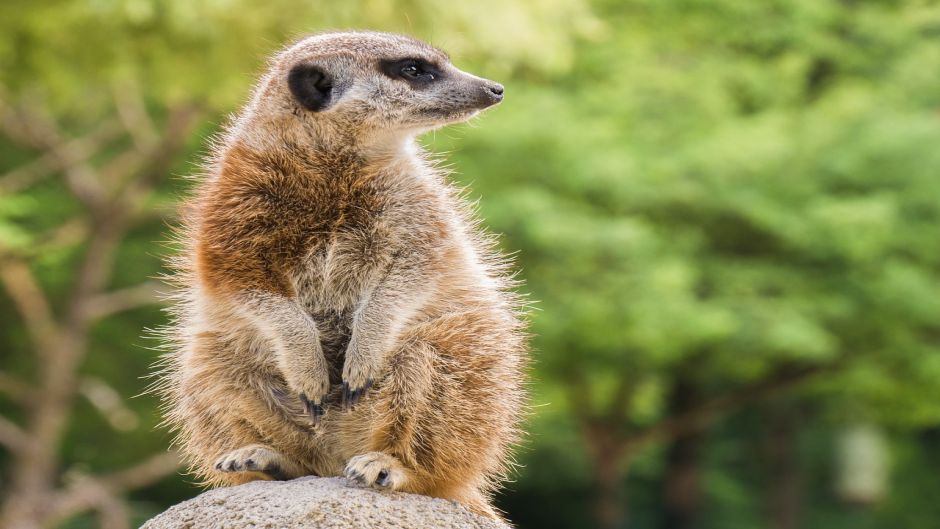 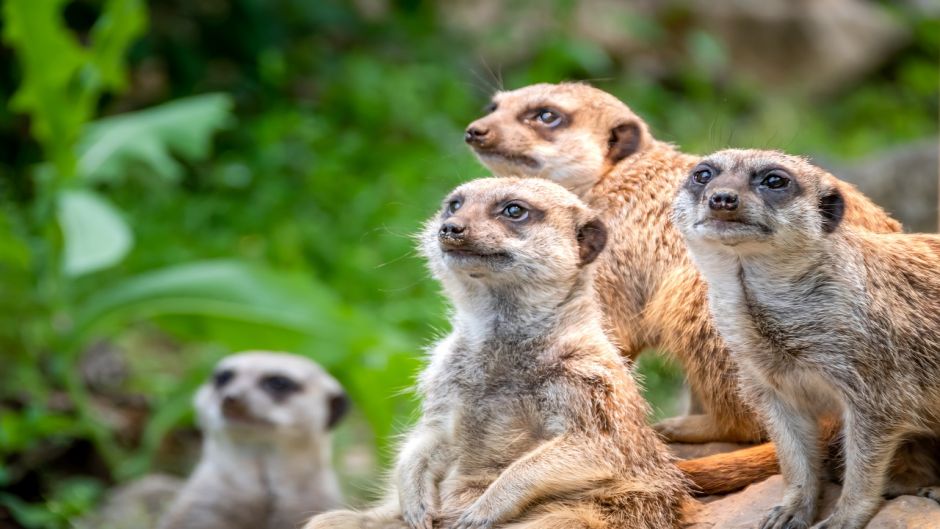 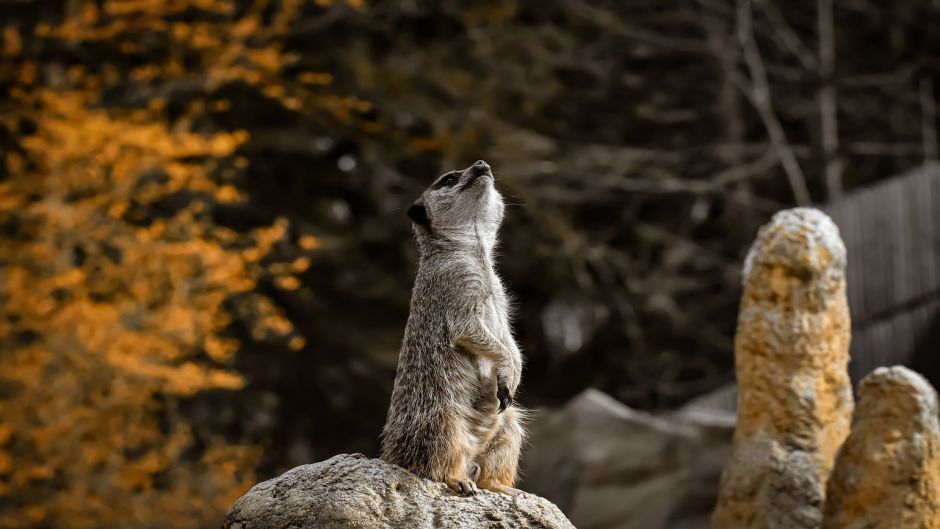 The name Suricata or Suricato comes from Swahili and means "cat of the rock". They live in colonies that can exceed 40 specimens. In each group there is an individual who must monitor and warn if a predator is approaching, for which it takes its characteristic upright posture.
The meerkat is one of the smaller mongooses; the males have an average weight of 731 g and the females have 720 g. The body and limbs of these animals are long and slender, with a body length and head between 25 and 35 cm. The tail is thin and a little elongated, measuring 175-250 mm. Unlike most mongooses lacks abundant fur.

Meerkats inhabit the southern tip of Africa, specifically western and southern Namibia, southwestern Botswana and northern and western South Africa; there is a small intrusion in the southwestern tip of Angola. Also in the low altitude areas in Lesotho.
They inhabit the most arid and open areas than any other species of mongoose. They are found in areas of savanna and open plains and their distribution depends on the type of soil, preferably firm and hard soils to settle.