More of the family of Pelecanoididae 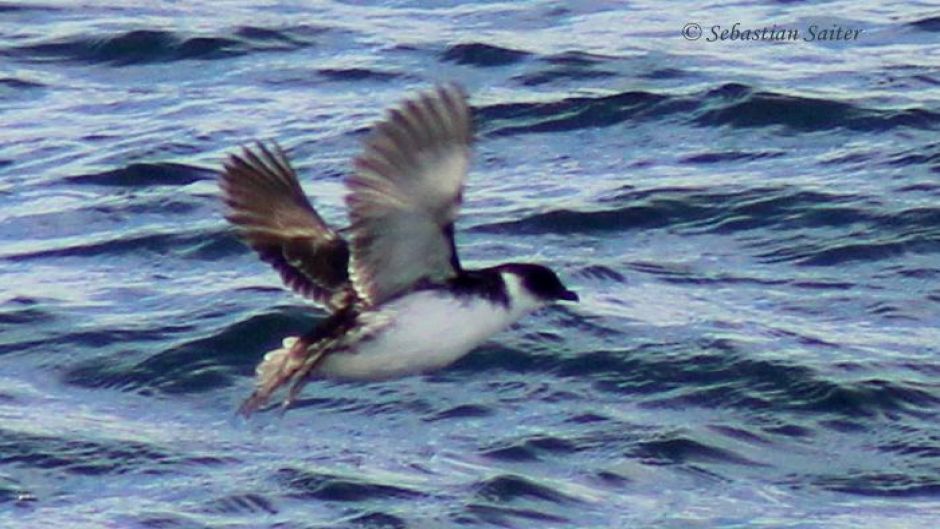 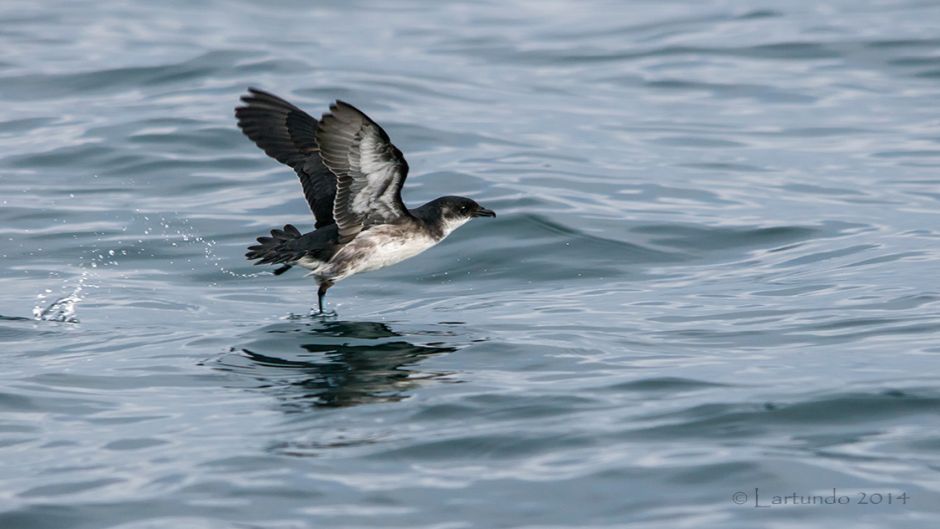 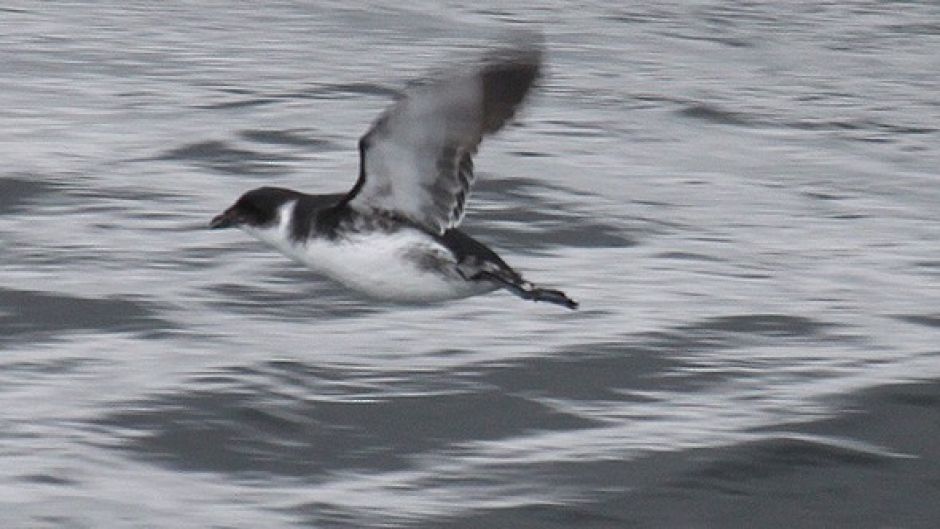 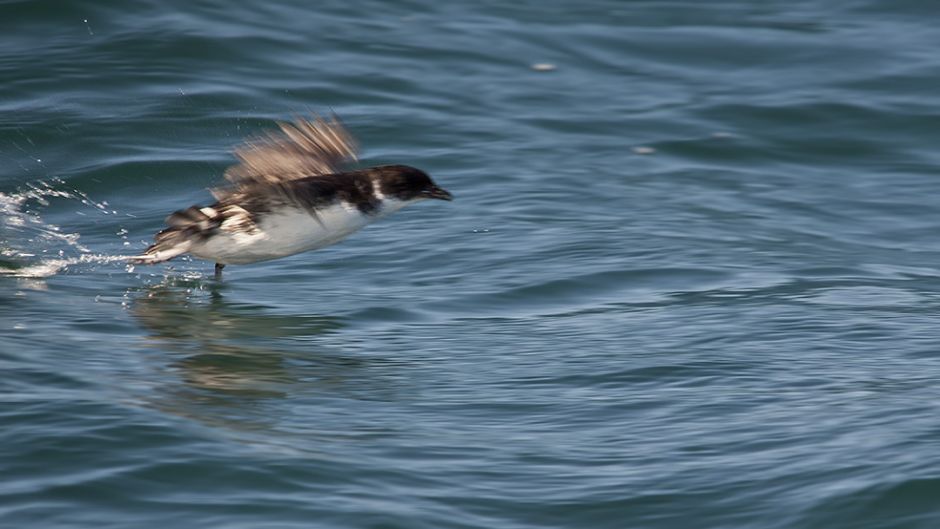 Length: 21 - 22 cms.
Similar to Yunco (P. garnotii), but smaller. It also has a white semicollar on the front of the neck that reaches near the nape of the neck.

This species replaces the Yunco (P. garnotti) towards the south-austral zone, being from Corral (Valdivia) to the Strait of Magellan and Cape Horn. Unlike the previous one, which occasionally visits the coastal area, the Magallanes Yunco is not only found in the sea and channel zone, but can also be seen on the continental coast.