More of the family of Tinamidae 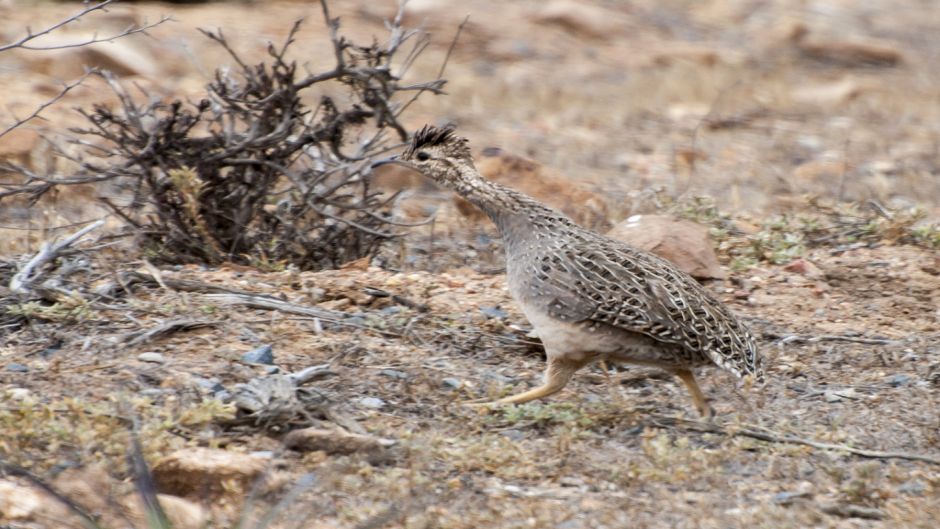 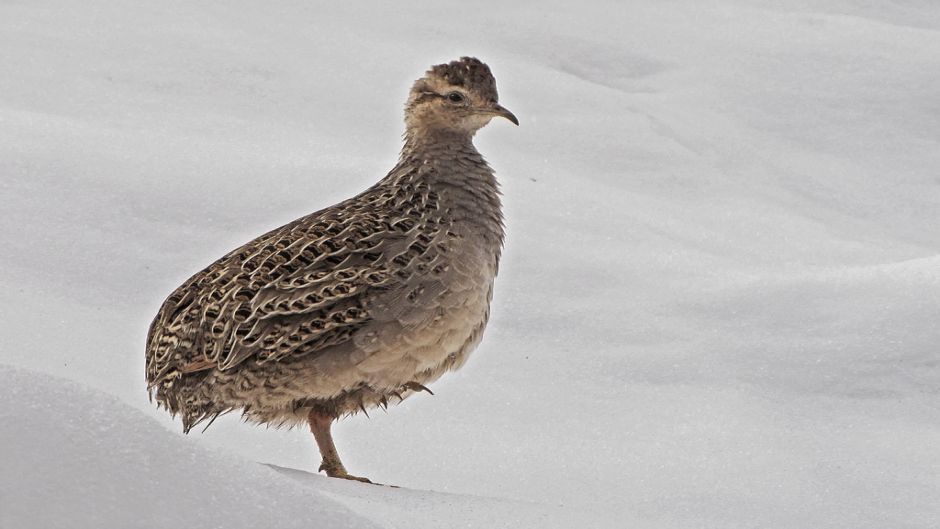 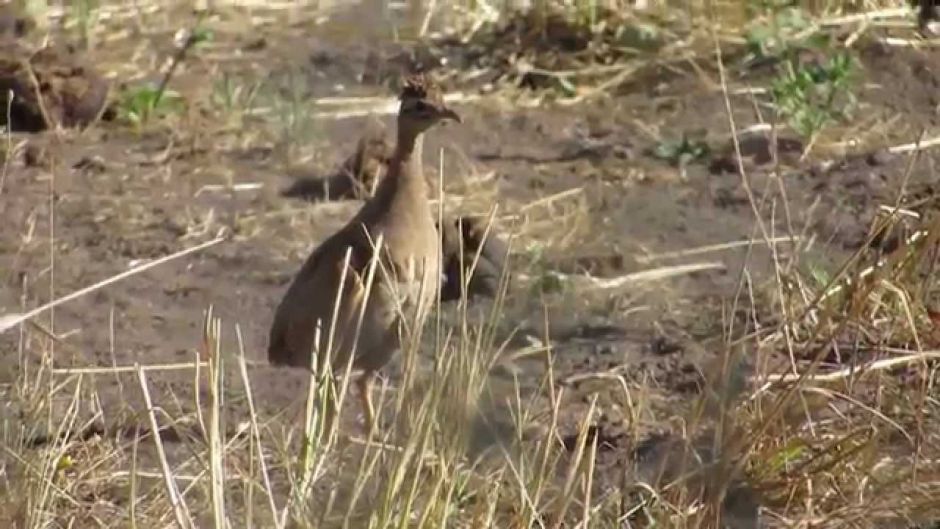 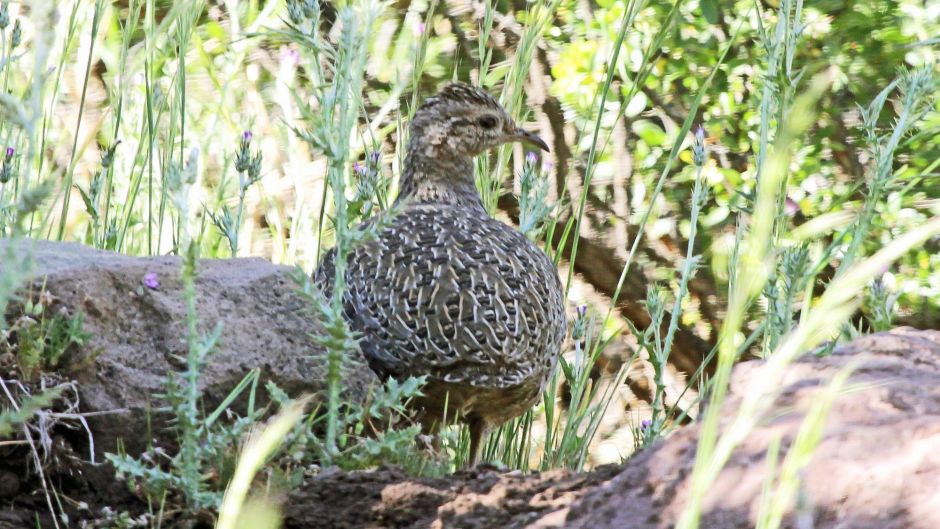 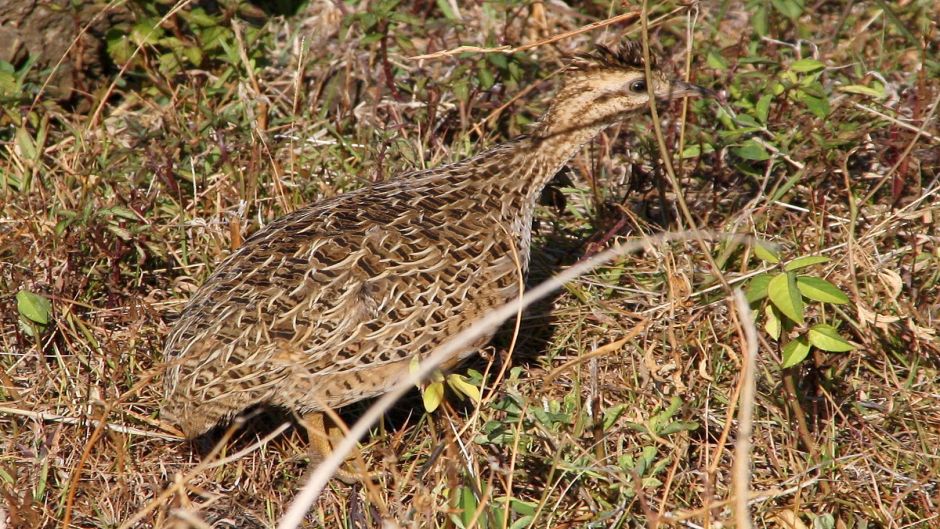 The Chilean Partridge, like other species of this family, is vulgarly known as the partridge given its very superficial similarity to the European partridge.

The Chilean partridge is about 30 cm long. Its upper parts are olive brown to grayish with dark bars and pale stripes; his throat is white, his chest is grayish with a whitish midline, and his belly is smoky. Its bill is brown and its legs are yellow to brown

Habitat:
The Chilean partridge is found in valleys and bushes at altitudes from 400 to 2000 masl. It also inhabits wheat fields and arid forests, in association with trees such as hawthorn, Porlieria chilensis, and the Chilean palm tree.