More of the family of Cotingidae 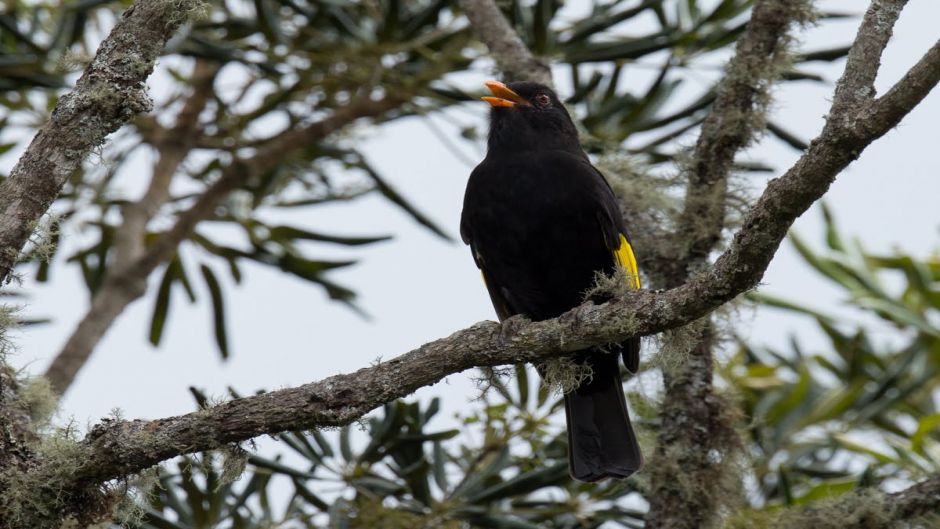 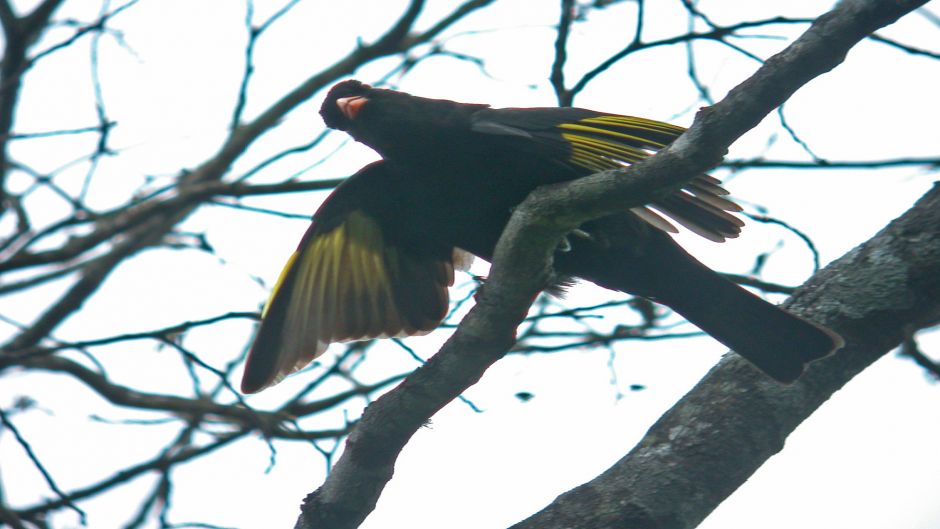 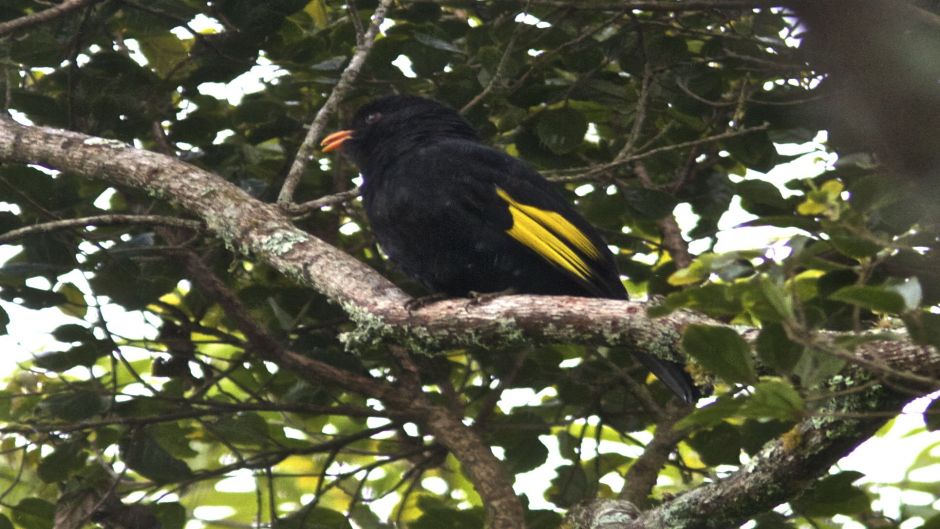 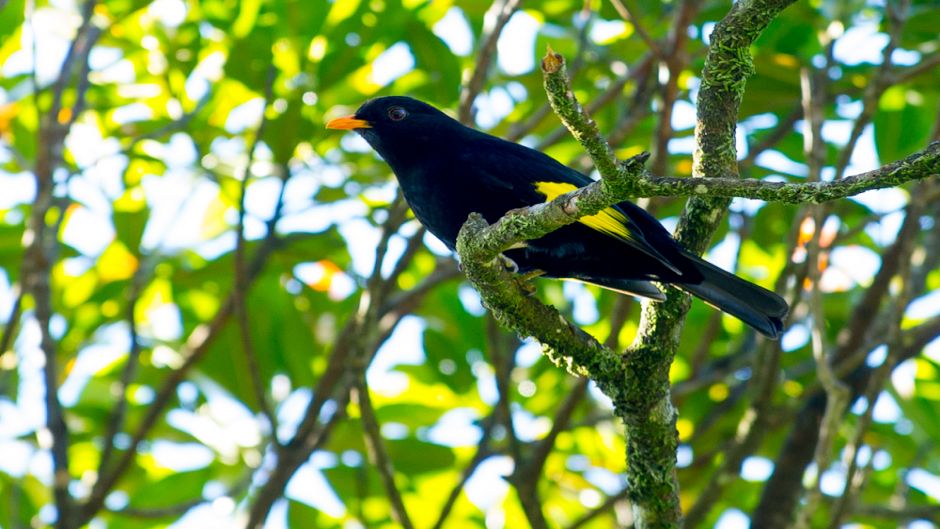 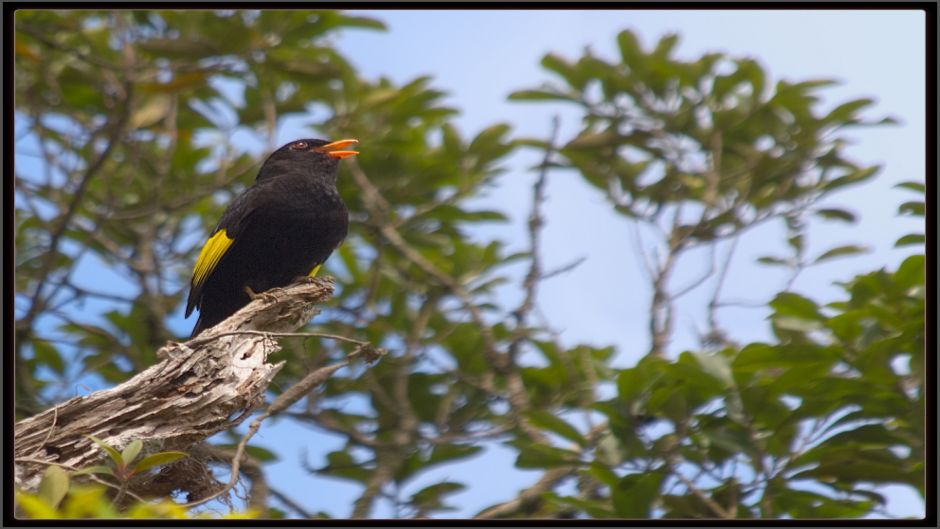 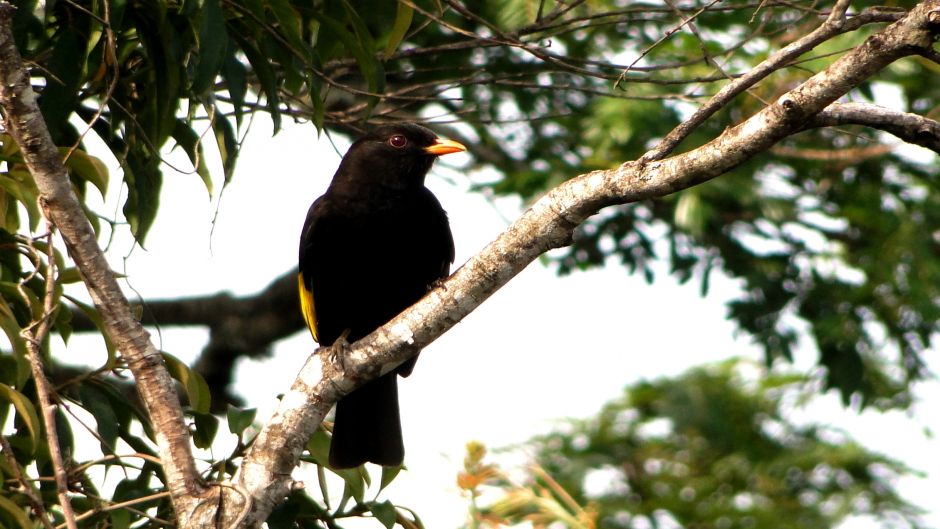 The black Cotinga (Tijuca atra) is a species of bird in the family Cotingidae. It is endemic to the humid Atlantic forests in the higher parts of the Serra do Mar in the south-eastern Brazil. It is threatened by habitat loss, but it is common in national parks, for example Serra dos Órgãos and Itatiaia.

The males are singing, and often heard his strong, piercing whistle. It is a species with a great sexual dimorphism. Except for a bright yellow wing mirror, in appearance males they are very similar to the common blackbird male, while females are much less conspicuous and have a green olive. The female resembles both sexes of the only other species of the genus, the Condit Tijuca, but are larger in size, its beak is slightly thicker, and its pinions are yellow-green (not gray).