More of the family of Picidae 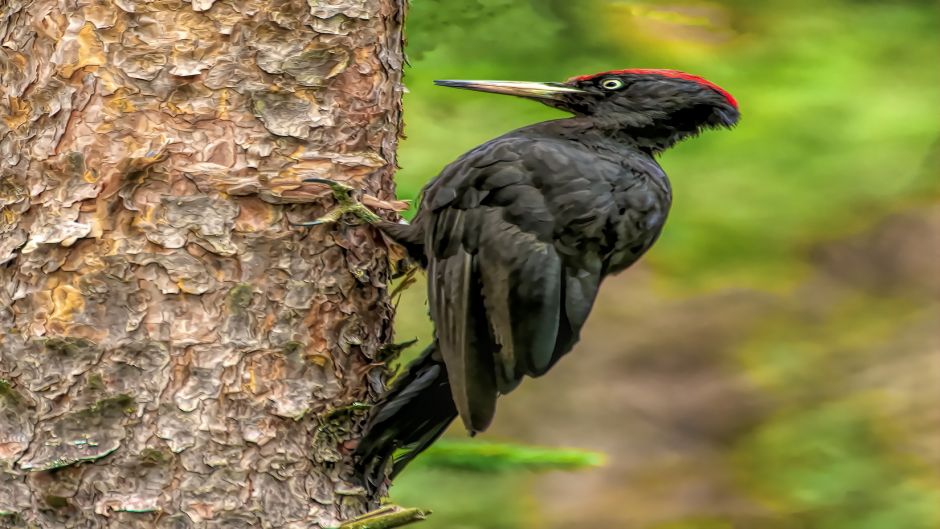 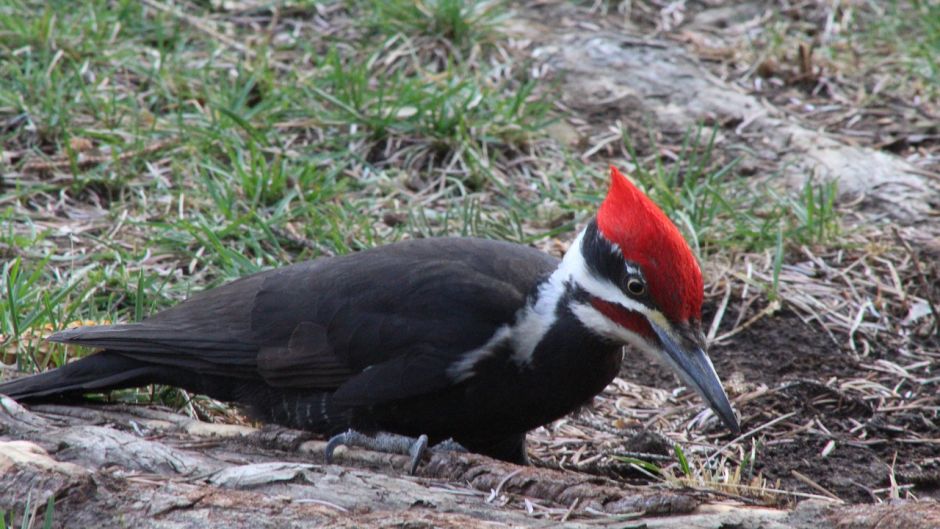 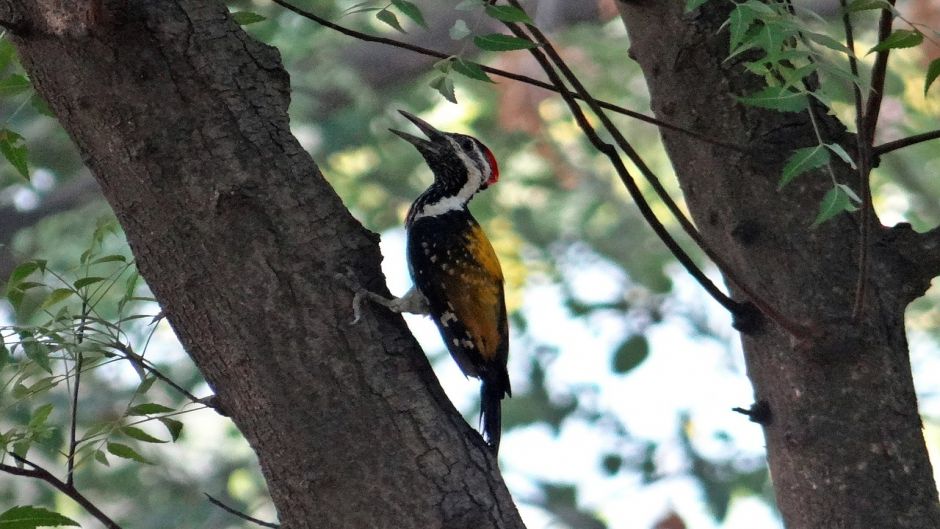 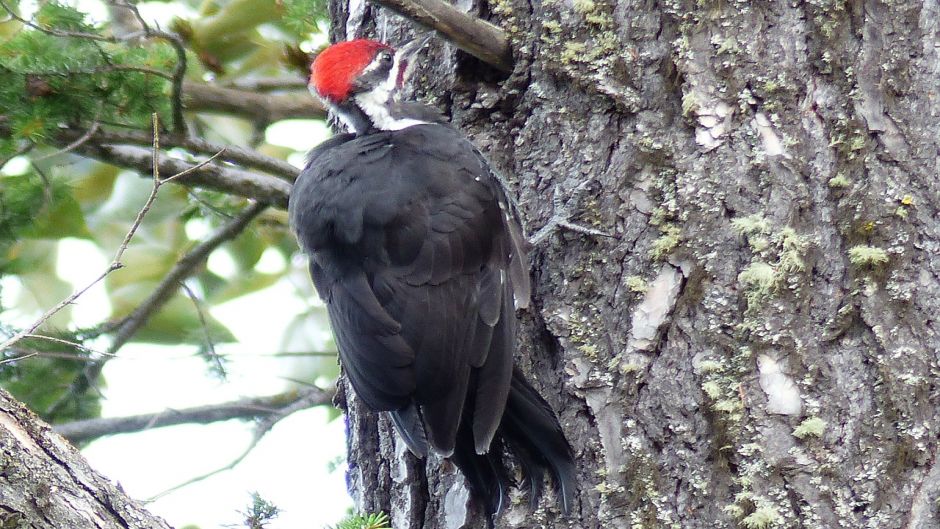 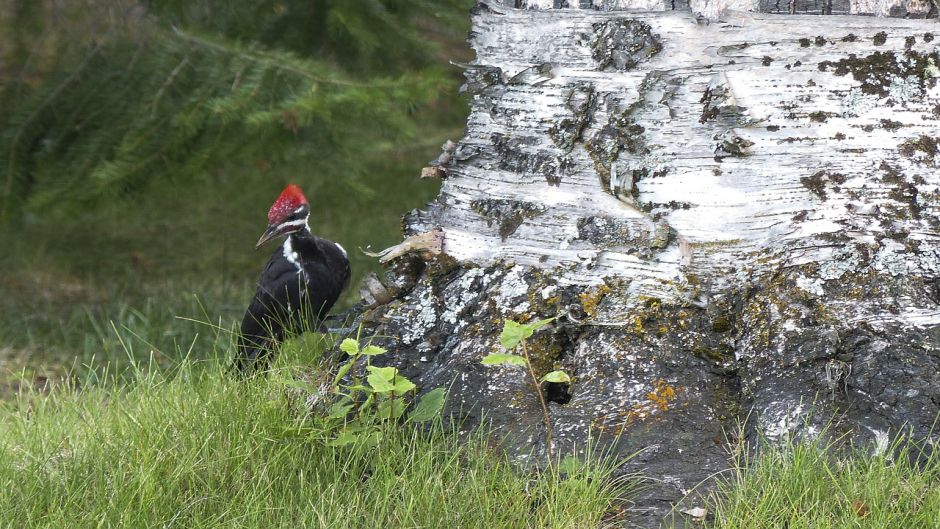 Distribution in Chile: Tierra del Fuego in the south to Llanquihue in the coastal part, and Linares in the cordilleran zone. Also in the Nahuelbuta mountain range.

Male: Black plumage with bluish sheen. Head with crest, throat and neck completely red. Two white strips on the back due to the base of the inner beard of the primaries and the inner base of the white secondaries. Black beak Black legs

Female: Similar to the male, but completely black and only the feathers that surround the base of the red beak.

Due to its colors and size (almost half a meter long), it is impossible to confuse it with another species. The crest is a little larger in the female and is composed of several long satin feathers that when straightened, bend forward.
Its presence in its typical habitat, the wooded areas, is betrayed by a strong and penetrating cry, similar to a laugh; or also by the strong hammering of the beak in some trunk, especially if it is rotten, when it looks for its food consisting of worms, larvae and other insects.

It nests preferably on rotten vertical trunks, where they drill a rounded hole at a height of about 15 to 20 mtrs. ground. Its eggs are bright white, without spots or spots, with a thin shell and a size of 37 mm. x 25 mm. app