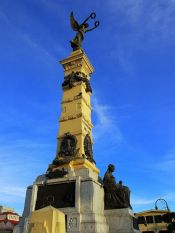 San Salvador is the capital of the Republic of El Salvador and the head of the homonymous department and municipality.
As capital of the nation, it houses the headquarters of the Government and the Council of Ministers of El Salvador, Legislative Assembly, Supreme Court of Justice and other institutions and State agencies, as well as the official residence of the President of the Republic.
It is the largest city in the country from an economic and demographic point of view, and seat of the main industries and service companies of El Salvador.

San Salvador has a warm climate all year round, with December, January and February being the coolest. Temperatures are maintained between 18 and 33 degrees Celsius. The hottest are from March to May. May to October is the rainy season, floods usually occur (especially in rivers).