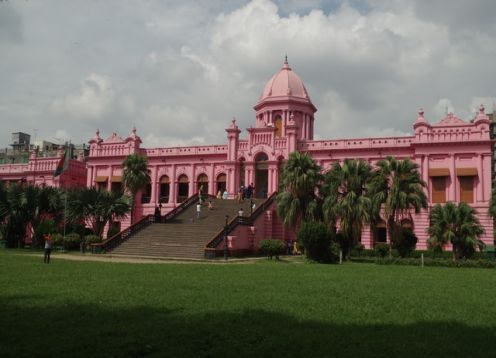 Dhaka or Dhaka is the capital of Bangladesh and the District of Dhaka, located on the banks of the Buriganga River. Dhaka and its metropolitan area have a population of 28,399,000 inhabitants, which makes it the largest city in Bangladesh, the second largest Bengali city, behind Calcutta, the capital of the Indian state of West Bengal, and one of the most populated cities in the world.